With great success we finished our ITU-Telefónica Green App Challenge during the Appies Hackaton this last weekend @t Sao Paulo. The winner application is called “Plante aquí” (plant here in English). This application is web-based and allows users to identify a place where a tree could be planted in their local environment while they walk. […] 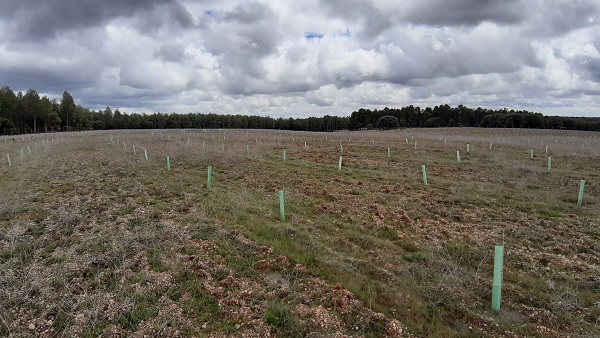 With great success we finished our ITU-Telefónica Green App Challenge during the Appies Hackaton this last weekend @t Sao Paulo.

The winner application is called “Plante aquí” (plant here in English). This application is web-based and allows users to identify a place where a tree could be planted in their local environment while they walk. Then this location is displayed it in a map (supported by google maps) and can be seen by anyone interested in plant the tree there. This information could be useful for municipalities, companies of trees provision, companies interested in sustainability, among others. After this, the tree could be planted by any user and the app will inform it too.

The app could be used by any consumer on the world to plant or support the planting of the tree, through the web or through a mobile device and not necessarily a smartphone..

The application was developed by Tadeu Luiz Pires Gaudio, a 26th year old Brazilian computer scientist that travelled more than 7 hours by bus from the city Londrina in the Brazilian state of Paraná to Sao Paulo for the Hackaton. Tadeo had this idea and developed it during the 2 days of it. His friend Roberto Civille Rodriguez helped him to present and improve it. Tadeu has all the energy to conquer the world and he wishes that “his app will be used globally and with it thousands of trees could be planted.  He wants to do this not only by programming an app but also by connecting people.”

According to Bluevia and from a technical point of view, the most important characteristic of the app is that it is web based and can be used globally. It has a potential for grow and be linked to other applications, APIs and other information sources. In addition, it can be easily adapted to any mobile applications system.

From an environmental point of view –based on Telefónica and ITU perspective experiences- the application over passed all the expectations of the Challenge. It joins environmental concerns with climate change adaptation tools such as reforestation, sustainable forestry practices and community engagement. It could also be used with other environmental information requirements based on location features: for example population identification of polluted water courses, informal waste disposition places, noisy sites, among others.

The judges for the app were Hector Huerta from ITU, Andrés Martinez from Bluevia, Jose Lecy, Marcos Bonas and Filipe Oliveira from Telefónica-Vivo in Brasil and myself representing The Climate Change Office of Telefónica.

The second and third winner apps where: ECO-Balance and Moove SP.

ECO- Balance allows consumers with a Windows phone to read the barcode of their invoices of electricity, fuel and water and creates graphs of consumption patterns. If the user is above its average consumption he/she will get a warning and tips for managing their consumption.  The App could be adapted to other smart phone mobile application systems.

Moove SP is an app that suggests the best eco-friendly way to reach a destiny in Sau Paulo based on transport alternatives such as: bus, bike, car, subway or walk. It is integrated to the information of the transport institutions of Sau Paulo. It could be used in other cities that could have the same information databases.

Tadeu will receive a trip to go to Barcelona at the end if February and a specialized mentoring by Bluevia during 2012 and coaching sessions by Appies. In addition, all the winners will receive a Blackberry Playbook donated by RIM.

Telefónica will continue working with the ITU and local partners to develop more Challenges like this and create a global plataform of green developers worldwide.

While this happens, I will do some tree planting using “Plante Aqui” 🙂