The German Bundestag has created recently the legal conditions for the deployment of the world’s first act governing automated driving. 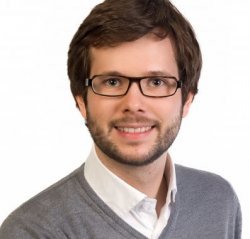 Sitting on the rear seat, dealing with emails or simply relaxing with a book, while the car drives its passenger to the required destination autonomously and then even finds a parking space entirely without any human input. This is the vision of autonomous driving, the pinnacle to which automated driving aspires. It is going to take some time for the technical and legal framework conditions for this to be created but the German Bundestag has at least now created the legal conditions for deployment of the lower stages of development – partially and fully automated driving: with the “world’s first act governing automated driving”, as the Federal Minister of Transport Alexander Dobrindt (CSU) and the politicians with responsibility for transport in the government coalitions emphasise proudly.

Even if additional ordinances and subsequent legislation are required – a few fundamental issues have been clarified with the Amendment to the German Road Traffic Act: the conditions under which the driver may turn away from the traffic situation while using automated drive systems, who is liable in the event of an accident and which vehicle data may be stored and for how long. To be able to clarify questions of liability in the event of a collision with other road users, details of the location and place as well as information as to whether there was a takeover request and whether the system or the person was driving will be stored in a type of “black box” for six months. Storage for three years was originally envisaged in the draft act from the Federal Ministry of Transport and Digital Infrastructure (BMVI) and the quantity of data to be stored was not clearly defined.

Hands behind the wheel? That will soon be an exception!

Vehicle registration document to be supplemented with a data card

The Federal Minister of Transport, Alexander Dobrindt, also has his eye on protecting car drivers’ data with these innovations in mobility. In a digital sovereignty strategy paper, he suggests that the response to the question of ownership of data should be to understand it as things in the legal sense. By this means, the rights of disposal could be ascribed to the person to whom the data go back – i.e. the vehicle owner in the case of vehicle data. “Processing and cross-linking may only take place on an anonymised and pseudonymised basis; unless the user agrees to use of his personalised data. A right of revocation must be granted,” says the strategy paper. With this principle, the Minister of Transport wishes to move away from the principle of data minimisation in Germany and towards “creative, secure abundant data”. To improve transparency, the BMVI envisages each vehicle having a data card in future, which provides information on the amount of data collected and how it is used. However, the Federal Minster of Transport’s cabinet colleagues do not agree with these ideas. In part, the proposals impinge significantly on the responsibilities of other departments such as the Federal Ministry of the Interior and the Federal Ministry of Justice meaning that a new federal government could implement theoretically necessary changes to legislation after the elections to the Bundestag.

Motorway to set standards as a digital test area

In terms of regulation, Germany is already setting standards with its legal initiatives and the federal government does not want to leave technical development to the global players from Silicon Valley either. This is why the Federal Ministry of Transport initiated the motorway digital test area on the A9, on which companies can test all innovations involving car-to-car and car-to-infrastructure communication, two years ago. The future mobile phone standard 5G is also to be used on the stretch. Telefónica Deutschland is also involved in this cross-industry 5G-ConnectedMobility project under the leadership of Ericsson. A completely networked road is to be created here in the long-term.