Its 2014, entrepreneur is the new buzzword and many claim, through LinkedIn at least, to have reached success through some type of digital innovation. What constitutes a successful digital... 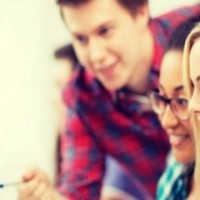 Its 2014, entrepreneur is the new buzzword and many claim, through LinkedIn at least, to have reached success through some type of digital innovation. What constitutes a successful digital entrepreneur, however, is still open for debate.

The fact is that in a recent Ofsted report, those who claim to have mastered the digital world are now hitting their peak confidence and understanding of digital communications and technology by their mid-teens.But just because they’ve been identified as confident digital users, do they consume this technology or have they the confidence in making it?

As a ‘digital native’ myself, I look at digital technology as an enabler and believe people should invest more in becoming digitally literate. I’m not suggesting that everyone make an app by their 16th birthday, but rather understand and be able to utilise the digital tools at their disposal in accomplishing more than just a high score on Candy Crush.

The Global Millennial Survey (GMS), the largest and most comprehensive survey of those aged 18-30 years-old, recently reported that 80% of those under 30 believe they are at the cutting edge of technology but if asked to do so, could those who’ve grown up in a digital age really be capable of creating something using code for example?

I think it’s a safe bet that if we were to redefine that question and ask: How confident are you in creating a digital product or service? that percentage would be dealt a severe blow.

Despite the haze around people’s abilities in creating tech, at least young people have acknowledged the importance of learning such skills.

When asked within the GMS which field of study do they believe is most important for ensuring personal future success, a third of all global millennials said technology. The majority of those surveyed – a total of 12,500 from 27 countries – also said that their respective governments had identified technology as a key field of study for the future success of their country.

With such importance being placed on technology at all levels within a society and with the Global Millennial Survey returning latest this year, my hope is that we’ll gain greater insight as to how many of our young people have truly grasped the skills necessary in driving our digital world forward.