ITU Plenipot in a glance

After three weeks of work and discussions in Busan (South Korea) and several months of preparatory meetings in all regions of the world, the PP14 has got an end. More than 2,500 participants... 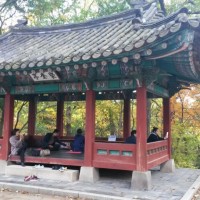 After three weeks of work and discussions in Busan (South Korea) and several months of preparatory meetings in all regions of the world, the PP14 has got an end. More than 2,500 participants from 170 countries reached agreements to approve 71 resolutions, some new and others, the most, modifications of existing ones.

The headline is that ITU’s Member States agreed to not to change:

Continuity has prevailed. That means ITU will not expand beyond telecommunications or into the Internet content. Furthermore, ITU will not increase its role in Internet governance or related issues, such as cybersecurity.

A second headline is related to elections. Without great surprises the continuity prevailed: The 5 elected officials with the exception of the Director of the TSB (Standards) has been members of the previous management team. Now, we need to know what will be the performance profile of the new Secretary General, who in his previous position as Deputy Secretary-General held a predominantly greyperformance.

The issues that aroused greater expectation, before and during the PP14, were related to Internet public policy, i.e. Internet Governance. Russia, Iran, India, China and South Africa, supported by some other countries in specific issues, were the ones that promoted substantive changes. Accordingly, the ad hoc group for Internet issues was the most numerous and had many meetings. Somehow, and surprisingly, it was able to reach consensus without the need to put decisions to the full plenary (as it happened at WCIT) and without significant changes as I said before.

An agreement has been reached to review the ITR every 8 years from 2017 onwards. Also, a group of experts will be installed to review the ITRs. Its exact mandate and working methods will be established by the ITU Council. Perhaps to compensate that the adopted Decision 11 on the mandate of the Council Working Group keeps its “closed character” – including the CWG on Internet issues – the ITU Council can now open it to consultations with all interested parties.

In regards to the Resolution 130 on strengthening ITU´s role in building confidence and security for ICTs, no amendment that sought substantive changes about surveillance, extraterritorial interception, monitoring, privacy and confidentiality was accepted.

The adoption of the new Resolutionon facilitating the Internet of Things to prepare for a globally connected world, presented by the Republic of Korea, seems interesting for telecom operators. This resolution:

The no consideration of the proposal on International Numbering Resources (INRs) that would attempt to recover ITU’s budget deficit by charging all operators worldwide for the allocation of five specific categories of INRs was also interesting for operators. Nevertheless, the Council can study the issue again with the participation of interested parties. So it is expected that the issue may be re-visited at the next ITU Council meeting in 2015

A feel-good Resolution on using technology to combat the spread of viruses such as Ebola was agreed. Unfortunately, none of the three countries most affected by Ebola attended de Conference.

Another new Resolution establishes the Agenda Connect 2020 for the development of the telecommunication & ICT sector and endorses four high-level strategic goals:

– Goal 1: Growth – Enable and foster access to and increased use of telecommunications/ICTs

– Goal 2: Inclusiveness – Bridge the digital divide and provide broadband for all

– Goal 4: Innovation and partnership – Lead, improve and adapt to the changing telecommunication/ICT environment;

In summary: Proposals to expand the ITU’s remit into IP naming and numbering, multilingual domain names, IXP development, OTT regulation and IP traffic routing were dropped. The revised text agreed in Resolutions 101,102, 133 and 180 is high level and focuses on the following:

The use of ‘multistakeholder’ as a term, as well as references to ‘relevant stakeholders’ including footnotes referring to ICANN, IETF, RIRs, ISOC and others, remain. However, additional text on ‘multistakeholderism’, suggested by European countries, the US and others, was not added. References to the work made in the WSIS, the Internet Governance Forum and in cooperation with UNESCO, WIPO and other UN bodies remain in the texts.