Information, Communication and Technology’s adoption, the real driving force behind the development of Society

The Linked World: How ICT is transforming Societies, Cultures, and Economies, is the result of a two-year research project led by The Conference Board with... 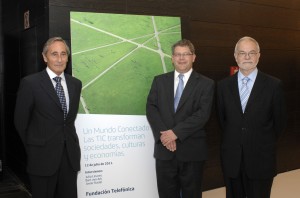 The Linked World: How ICT is transforming Societies, Cultures, and Economies, is the result of a two-year research project led by The Conference Board with the support of Fundación Telefónica.  The report of the project draws some conclusions, such as the following:

“Information and communication technology (ICT) has established itself as a general purpose technology — one that affects an entire economy. Over the past four decades, ICT has spurred dramatic changes, and these changes will continue for the foreseeable future. Harder to predict, though, is the exact nature of these changes, and how they will play out. There are increasing signs that ICT’s impact goes well beyond the economy. It is essentially transforming our society and the way human beings interact in social and cultural relationships, as well as in economic ones” says Bart van Ark.

“This book will provide guidance to what businesses, governments and other organizations can do to help drive the next wave of benefits that ICT will bring. The intention is to shed light on three broad questions:

1.      How is ICT driving living standards, as measured by societal and cultural development and economic growth, in the world’s advanced and emerging economies?

2.      How is the dissemination of ICT affecting the distribution of its benefits between and among various social, cultural, and economic entities?

3.      How does government policy, business strategy and consumer behavior either encourage or constrain the realization of ICT’s full potential?”

According to Julio Linares, “the future is going to be increasingly digital. The digitization of the world is going to go much further than merely our need to communicate with each other and to always be connected. “

If you want to watch the introductory video to the report, please click on the video below. 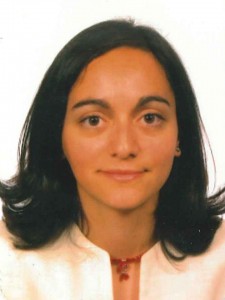