Get everyone and everything connected to the Internet!

Today we are celebrating the “ International Internet Day ” - how about sending some flowers to your Internet?   Ok, joking aside: Today is a good day to think about the future of... 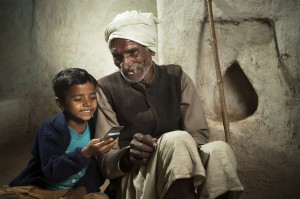 Today we are celebrating the “International Internet Day” – how about sending some flowers to your Internet?

Ok, joking aside: Today is a good day to think about the future of this “Network of Networks”, a technology and invention that has changed all our lives more than any other in recent history. The facts are impressive: Back in the year 2000, half of the population in developed countries had a mobile phone and mobile penetration in Africa was under 2%. Today there are more than 6.8 billion mobile subscriptions worldwide, with more than half in the Asia-pacific region (3.5 Billion) and mobile penetration in Africa has reached 60%.

In 2013 we have reached an impressive figure: there are over 2.7 billion Internet users worldwide, which correspond to 77% in developed countries and 31% in developing countries. And 750 million household are online, 41% globally.

The good news is that today it is widely understood that the Internet has the ability to enhance growth, competitiveness and create jobs and is having in general an important horizontal effect on our economies and societies to change them for the better. As the World Economic Forum noted recently: “Digitization has boosted world economic output by US$ 193 billion over the past two years and created 6 million jobs during that period… an increase of 10% in a country’s digitization score fuels a 0.75% growth in its GDP per capita … (and) … a 1.02% drop in a state’s unemployment rate. Moreover in emerging countries digitization could help lift over half billion people out of poverty in just a decade” (The Global Information Technology Report 2013, WEF)

It is also widely recognized that the Internet can support democratic processes and supports people in every political systems to organize and communicate public concerns. In this regard the Internet is key for future democracies, for overcoming tyrannical regimes and enhancing the protection of human rights. The way how we communicate has also changed dramatically: everyone can be a broadcaster and communication has been “democratized” and is not a privilege anymore of traditional media or state authorities. Probably we are far from being a great wired global village, but it is fair to say that some sort of “electronic neighborhoods”, defined not anymore by national borders but rather by shared interests, are about to change the face of human relationships and organization.

But the Internet also faces a couple of challenges and most of them stem directly from its huge success:

First, the Internet has proven to be quite resilient but not invulnerable. The recent 19-hour internet blackout in Syria has shown that this is real threat even if the reasons of this blackout are disputed. Internet services are powerful tools to organize protests, but access to them can be restricted or they can also be used to identify organizers and persecute them. Security will get more important as the Internet is increasingly attracting criminal activities and fraud as more and more people use it to do banking, shop and communicate.

At the end of the day we face the question how to protect fundamental rights of all Internet users, such as privacy, security and freedom of speech in a complex and dynamic environment. As the Internet is a global medium, this should be ideally done with global standards. However, as we know also from the “real world”, protecting such fundamental human rights is a challenge due to different cultures and political systems. I therefore believe that any policy agreement will need to be broad and respect local cultures and traditions while providing a firm protection of fundamental rights. Maybe more regional initiatives, for example in Europe, could be a first step and global agreements could follow later on. In any case it is quite probable that established international policy mechanisms that also protect fundamental and human rights in the real world are also the most appropriate one to do so on the Internet.

On the other hand, the economic sustainability of the underlying Internet infrastructure needs to be secured. The “Internet ecosystem” houses a lot of different business models which together form arguably the biggest marketplace on earth. If we want the Internet to get to all people on earth, we need to find ways to incentivize investments for new and more powerful networks, especially for mobile access in the developing world. Ultimately, we will need to find a fair and sustainable model, a model in which all players of the Internet Ecosystem can benefit from higher usage and data growth. I believe that mainly collaboration will be the way forward to guarantee such a sustainable development of the Internet and I suspect that we will witness many new forms of cooperation and business models over the next years.

Policy makers, for their part, will also have an important role to play in providing the ideal framework to harvest the full potential of the digital economy. The multi-stakeholder approach which is characteristic for governance of the Internet is a future-proof model and will allow governance and policies to follow the fast future development of the Internet. Additionally, I hope that better public-private partnership will help to transfer skills, capabilities and technologies: by creating local, ICT ecosystems with technology hubs and innovation incubators (see for example Telefonica´s Wayra initiative); by supporting long-term innovation capacities through enhancement of skills and knowledge; by empowering citizens through access to information and technology applications; or by opening new financing resources for new start-up businesses. And policy-makers need also to cooperate internationally to create the right policy frameworks to attract private investments in broadband infrastructure or for the international interconnectivity of machine-to-machine communication.

Finally, another challenge is that the Internet experience is getting constantly more restricted. Many “lock-in” effects exist on the Internet and there seems to be a tendency that proprietary systems, that means, systems that belong just to one owner or company, are winning over open standards and interoperable systems. Telefonica believes that “Open Internet” is not only catch-word, but is actively supporting the development of open systems. One example is the new cooperation around “Firefox OS” which was launched by Telefonica and Mozilla Foundation to create a truly open Mobile Operating System. We are convinced that such an open system will not only enhance our customer’s experiences but can also help in bringing down prices for smartphones – which is crucial to get the Internet to everyone. And we are well on track with Firefox OS with first devices already available in a couple of markets such us Brazil, Colombia, Hungary, Mexico, Montenegro, Poland, Serbia, Spain or Venezuela.

So, the future of the Internet is bright! The Digital Economy is a real chance for us all, so let´s work together to get everyone and everything connected and to keep the Internet this vibrant, fascinating change catalyst for our economies and societies!