For a “smarter” Latam: infrastructure projects to promote the digital sector

The construction of technological parks in Latam can boost the development of the sector. 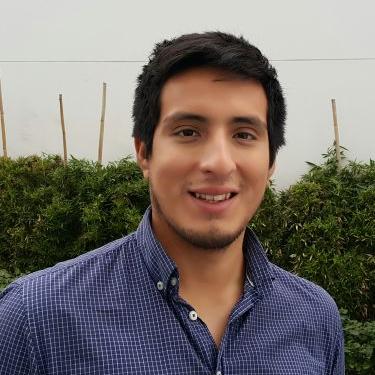 PR, Communication and Sustainability specialist. Co-founder and director of Kunan.

Much has been written about the importance of infrastructure for the world’s economic growth. As a pillar of development, its impact covers areas such as job creation, increased income, improvements in people’s quality of life, the provision of public services and the fostering of industrialization. Despite being a crucial issue on the global agenda, the challenge is even greater, given that the annual infrastructure gap exceeds one trillion dollars, according to World Bank figures.

Of all the different kinds of economic infrastructure, the telecommunications sector is the one which has acquired the greatest prominence in recent decades. We are currently undergoing an unprecedented digital revolution which is generating new challenges in terms of digital infrastructure, in other words, support for the provision and use of Information and Communication Technology (ICT). The economic impact of ICT is increasing at more than 10% a year and even amounts to 25% in the growing economies, according to the Boston Consulting Group. In the case of Latin America, a region with more than 600 million inhabitants, more than US$45 billion per year must be invested by 2020 in order to bridge the digital divide, a figure equivalent to about US$70 per inhabitant.

Due to the high costs and the risks associated with infrastructure projects, together with the management deficiencies and some corruption problems affecting the region, partnerships with the private sector through bodies such as Public-Private Partnerships (PPPs) have emerged as one of the options to reduce the infrastructure gap, so much so that they currently account for 40% of the infrastructure investment commitments in the region. The promoted projects are mostly linked to the deployment of infrastructure, chiefly broadband, in peri-urban and rural areas, in order to connect the unconnected and public safety, health and educational institutions. However, why not promote parallel projects to attract investment and develop human capital within the sector?

One of the most representative experiences in this kind of disruptive public-private partnership is the implementation of the “Smart Village” in Cairo, Egypt, a technological park which currently houses more than 40,000 people working for 160 sectoral organizations based on the premises, including transnational, regional and local companies, incubators, research and training centres and public entities, including the Ministry of Information and Communication Technologies. The proposal which led to this cluster established conditions for participation favouring private investment, given that the government provided 300 hectares of land and covered 20% of the costs, while private investors assumed the remaining 80% and set up a model for the generation of income based on renting out the premises.

In addition to removing the obstacles faced by digital companies for investing in the country, the “Smart Village” managed to build up an ecosystem of actors with common objectives within a physical space, encouraging the generation of partnerships, the exchange of experiences and learning, the creation of employment and the development of human capital specializing in the digital field.

Similarly, following the construction of the park and the start of operations, there was a 50% increase in the flow of foreign direct investment into the digital sector. In a region such as Latin America, where digital entrepreneurship has gained momentum, with a large number of incubators, start-ups and growing technological companies, the construction of technological parks can boost the development of the sector, facilitate interaction between the different actors within it and attract talent and investment to an area growing at a rapid pace in global terms.

In conclusion, it is time to commit to projects which can help to position the region as an active player within the sector. Is investment the only solution? Definitely not. Projects of this kind need to be accompanied by favourable conditions, such as the commitment of the government at all levels (national, regional and local), stable regulatory frameworks, regulations facilitating infrastructure deployment and, among other things, the installation of mobile aerials, essential for ensuring the coverage and quality of the telecommunication services, together with a clear horizon with regard to the measures to be taken in the short, mid and long terms to ensure that the region is not left behind in this revolution.