Europe discusses its priorities in the Internet Governance debate

One of our central ideas regarding Internet Governance is the fact that, due to the huge economic and social impact of the Internet, its governance is becoming more and more an issue of... 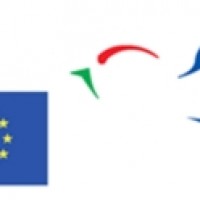 One of our central ideas regarding Internet Governance is the fact that, due to the huge economic and social impact of the Internet, its governance is becoming more and more an issue of international politics. A good example of this is the emergence of Internet Governance very high in the EU agenda. In fact, as part of its priorities’ development for the under way Italian Semester, the Italian Presidency of the Council of the EU is trying to formulate a single European approach to the global Internet Governance debate.

Last week, the Italian Undersecretary of State Giacomelli called an informal Telecommunications Ministerial Council meeting in Milan to discuss this issue. The importance given by the Italian Presidency is reflected by the fact that the agenda of this meeting has just one point: Internet Governance.

The European Commission presented in February 2014 its Communication on “Internet Policy and Governance, Europe’s role in shaping the future of Internet Governance” where it called for more transparent, accountable and inclusive governance of the Internet.

In just eight months since its publications, the Internet Governance arena has seen several significant developments:

This Informal European Council tried to give political impulse to the EU position on Internet Governance by answering three questions:

The outcome of this meeting has been a “Presidency Statement” along the lines of the EU position already set up by the Council, consistent with the respect of fundamental rights and democratic values, the preservation of a single, open and free Internet and the commitment to the multistakeholder model of Internet governance. More in concrete, the main messages included in this statement are the following:

We expect this position will contain a reiteration of the need to globalize the IANA functions, a call to preserve the security and stability of the domain-name system and to reinforce the accountability, transparency and globalization of ICANN. Finally, Europe will stress its commitment with capacity building initiatives in developing countries to enable them to participate in the global Internet Governance debate.