At an event on broadband connectivity organised by Erisa (the European Regional Information Society Association), Malcolm Matson, Director of Open Planet, explained his solution for the... 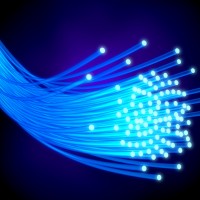 At an event on broadband connectivity organised by Erisa (the European Regional Information Society Association), Malcolm Matson, Director of Open Planet, explained his solution for the high-speed connectivity challenge in Europe. Open Planet is a company that promotes open public local access networks, which basically are structurally separated passive access networks. The management of such networks could be outsourced and service providers could compete to deliver retail services to end users. I do not want to enter in the potential merits or drawbacks of such a solution, but what worries me is the way in which those kinds of solution are presented as the ultimate magic remedy for policy makers to solve the connectivity conundrum.

The reality of connectivity provision in Europe involves a complex panorama of different network technologies (copper, fibre, cable, GSM, LTE, WiFi, satellite, etc) owned by different players (some integrated, some pure network owners or service providers) and different competitive situations all over the European geography. A solution, as proposed by Malcolm, may very well be a perfect win-win for a particular case (some or many, I don’t know), but I am afraid that we are not helping policy makers by making them believe that someone invented the silver broadband bullet.

Along the same discussion, it is often reckoned that broadband connectivity providers are the bottleneck for innovation, as innovation is something that only emerges at the edge of the network. I am afraid that this is also a simplistic view of the innovation ecosystem; it does not take a lot of investigative effort to see that innovation took, takes and will take place both at the edge and within the network itself.

This actually brings me to another myth; that telecom networks are like roads and bits are like cars. From this comparison, some separation advocates jump to the conclusion that as car manufacturers are independent of road constructors, network constructors should be separate from service providers. This comparison misses the fact that the innovation in the ICT sector is very fast and complex and that for many services, coordination between the network and service development is a lever for innovation.

One-size-fits-all solutions for the high-speed connectivity challenge and comparisons between sectors have their merits to illustrate a thought in a debate, but they do have their intrinsic limitations and are not a sound basis for policy making which has to be applied in the real world. Or I am the only one who thinks that?