Do you want to know what Ronan Dunne, CEO of Telefónica UK, thinks about the delay on the 4G spectrum auction in the UK?

I honestly have been surprised at the tone of a number of press articles referring to Ofcom ’s decision to delay the 4G spectrum auction. There were inaccurate reports about what the delay... 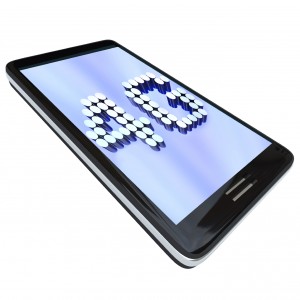 I honestly have been surprised at the tone of a number of press articles referring to Ofcom’s decision to delay the 4G spectrum auction. There were inaccurate reports about what the delay might cost the UK economy, who was to blame for this delay and that some operators had somehow negotiated special ‘back room’ deals with the government and the regulator.

As CEO of Telefónica´s business in the UK, operating under the brand of O2, I’ve been deeply involved in the process to define a transparent and fair spectrum allocation method since the process started several years ago, so I thought I’d try to help put the record straight. I also want to set out some basic principles that should define the 4G auction process.

For me it’s really simple. The process should

First things first, it’s really important to remember that spectrum is a finite, scarce resource. Like clean water, electricity and fuel, it is crucial that those in possession of it make the absolute best use of it and deliver the best experience possible for consumers and businesses in the UK.

With 23 million customers, Telefónica has the least spectrum per customer in the UK. Despite that, we have a track record of delivering innovative new services, have the highest customer satisfaction of any UK operator, and a long term commitment to investment in the UK. Like our competitors, we need to be able to buy 4G spectrum in a fair and transparent process.

The 4G auction paves the way for the next evolution of the UK mobile industry. Releasing this spectrum will enable us to power a whole range of exciting next generation mobile services that put the full power of the Internet in the palm of your hand.  4G or LTE mobile technology does that by increasing capacity, quality and speed (over 10x times faster than today).

Ofcom launched a consultation in March 2011, to seek views on a set of proposed rules for the 4G auction. It is absolutely critical to get it right, so it is absolutely right and proper for Ofcom to revisit those proposals and consult again if it believes that it should pause, reflect and amend the proposals it put forward, in light of the representations made to it.

The spectrum being auctioned is in the 800MHz and 2600MHz bands. Now I know that this won’t mean much to many people.  However, if I was to say that some of this spectrum is currently used to provide analogue TV, you will know we are all in the process of changing over to new digital TV as part of the digital switchover programme.

The release of the spectrum following the switchover process means that even if the 4G spectrum auction takes place in 2012, we can’t get our hands on spectrum until later in 2013.  So this extension of the consultation process shouldn’t delay the launch of 4G at all.  Some of the commentary implied that OFCOM’s plans for further consultation risk harming UK competitiveness by delaying the launch of live 4G services miss this simple fact.

That said, there is now little margin for error and we’re drinking in the last chance saloon. Whatever proposals Ofcom comes up with in its next consultation need to be well thought through. Nevertheless we are in this for the long term and preparations to upgrade the network to cope with the extra data usage will start in earnest next year.  It’s in nobody’s interest to see the process delayed any further.

We place a lot of value on the spectrum to be awarded and, importantly, we are also prepared to pay a fair price for it.  What any auction should determine is whether what we are willing to pay is more, or less, than other potential investors in the UK.  Reserving spectrum for any particular player defeats the very purpose of having the auction in the first place, by pre-determining which investment cases should win and which bidders should, consequently, have less available spectrum to buy.

Our position has never changed – despite media reports to the contrary, we don’t favour legal action and would only resort to it if we felt the outcome isn’t in line with UK or European law, or is unjustified.

It is therefore, crucial that Ofcom gets the auction process absolutely right if we are to deliver. The next nine months provides us with that opportunity.

This is too important to get wrong, so I am committing to work with all interested parties to get it right.