DJSI 2015 – Telefónica among the world telco leaders in sustainability

Telefónica lies among the nine leading companies in the world in terms of sustainability criteria, according to the Dow Jones Sustainability Index (DJSI) , improving its 2014 position by... 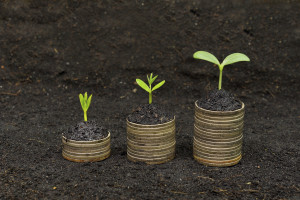 Telefónica lies among the nine leading companies in the world in terms of sustainability criteria, according to the Dow Jones Sustainability Index (DJSI), improving its 2014 position by five points.

In its annual review, the ratings agency which evaluates the sustainability management of companies – RobecoSAM – has given a rating of 85 out of 100 to the Company, 29 percentage points more than the average for the sector, placing it among the best companies in the sector. This year the DJSI has selected 9 telecommunications companies as its TOP ones from among 71 candidate firms due to their market capitalization.

Telefónica has improved its score in the three dimensions (economic, environmental and social) of the index, one of the most demanding in the world, which defines corporate sustainability as “an approach to business which seeks to create long-term value for shareholders by means of the seizing of opportunities and the effective management of the risks inherent in economic, environmental and social development”.

In keeping with the above, Telefónica’s sustainability strategy is based on three levels of commitment, covering the Company’s entire value chain; compliance and risk management, improving productivity in a responsible manner and growing by means of sustainable products and services. Thus, the multinational meets the demands of its interest groups and contributes to realizing its vision: technology should be made available to everyone, so that we can do more, live better and be more.

THE BEST IN SIX KEY AREA

Telefónica is recognized as the company with the best practices in six key areas of the sector, which is headed by the Korean company KT Corp with 93 points. For the second consecutive year, Telefónica is number one in labour practices and human rights and the impact of telecommunications services. It leads the areas of strategy and fiscal transparency and electromagnetic fields for the first time.

Thus, the company has achieved its highest score, 100 out of 100 points, in strategy and fiscal transparency, strategy for climate change, electromagnetic fields, impact of telecommunications services, labour practices and human rights and commitment to citizenship and philanthropy.

Telefónica has received a rating of 84 points, which represents an improvement of 1 point and is 23 percentage points more than the average for the sector. The company is “Best in the Class” in fiscal matters, thanks to its policies, its principles and its transparency at a global level, with a total contribution of 12,057 million euros in 2014, in all the markets in which it operates.

Similarly, we should highlight the substantial improvement in innovation management, standing at 55 points above the average for the sector, in which Telefónica is the biggest R&I investor in Europe and the third biggest in the world, with a clear commitment to areas such as Big Data to provide distinctive services.

With regard to the environment, the DJSI’s rating for the multinational is 84 points, 8 more than the previous year and 35 above the average. Moreover, it regards it as the best Telco in terms of strategy for climate change and electromagnetic fields.

Telefónica is striving to be the most efficient Digital Telco in terms of energy and carbon; in 2014 it conducted more than 35 initiatives aimed at energy efficiency and the reduction of emissions. As a result, it reduced its energy consumption by 60 GWh and prevented the emission of 12,700 tonnes of CO2. Between 2010 and 2014 it has made energy savings equivalent to the consumption of 33,000 households in one year.

It has also promoted sustainable innovation with new green services which employ cloud computing technologies and M2M, among others, so that companies can optimize scarce resources such as energy and water, manage environmental issues such as waste, the climate and air quality and reduce emissions.

Telco scores 87 points, 9 more than the previous year and 33 points above the average. It is “Best in the Class” in terms of impact of telecommunications services, labour practices and human rights and commitment to citizenship and philanthropy.

In labour practices, the company stands out for its transparency in diversity and remuneration, with its commitment to Employee Stock Plans, as well as the 24.4% increase in the number of its training hours in 2014. Human rights continue to form part of the key aspects of its procedures, with particular emphasis on issues such as privacy and freedom of expression.

At the same time, the company is noteworthy in that it aligns its business with its philanthropic initiatives and measures the latter’s real impact on society. With a budget of 130 million euros, it focuses on improving the development opportunities of people by means of educational, social and cultural projects, adapted to the challenges of the digital world. 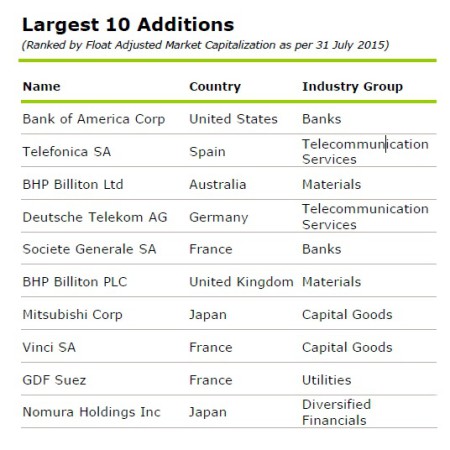