Digitalisation in a secure and sustainable way: conditions for Europe’s Green recovery

Digitalisation has the potential to be a key driver of decarbonize development. 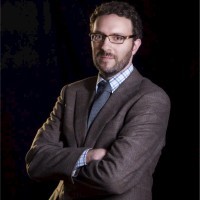 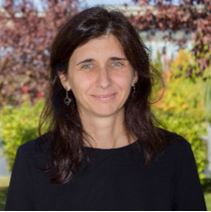 When Ursula von de Leyen assumed the office back in December, one of her first appearances as President of the European Commission was to launch the European Green Deal Communication. At that moment, the initiative was presented as one of the European Commission’s main strategies. It was conceived as a growth strategy that would transform the Union into a modern, resource-efficient and competitive economy. Shortly after, the coronavirus crisis upended dramatically everyone’s priorities. Climate change and environmental degradation is an existential threat to Europe and the world, the difference is that a new character has appeared unexpectedly on the scene and it has helped to understand in many aspects the environmental crisis. In any case, the European Green Deal has not gone away, its principles, objectives and legislative initiatives remain valid but with renovated impulse.

Behind every crisis resides an opportunity

From the very first moment, the Green Deal was unashamedly framed together with the European industrial strategy. Its declared aim was “to stimulate the development of lead markets for climate neutral and circular products, in the EU and beyond”. And the concept that structured the project was that making the EU’s economy sustainable is only possible by turning climate and environmental challenges into opportunities across all policy areas and making the transition just and inclusive for all. 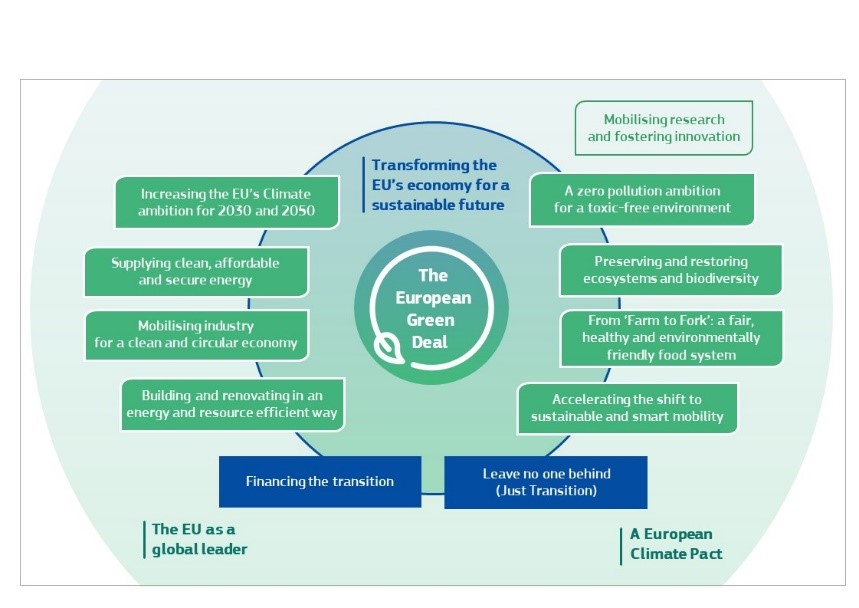 COVID-19 has forced the world into an economic pause. Now, we have the chance to use the Green Deal to restart Europe and drive its economy with a focus on energy efficiency and renewable energy across all sectors. According to the European Commission, “green investments will be a key driver of the recovery, not an obstacle to it”. In a nutshell, stimulus policies must be economically and socially effective while aligning with the essential sustainability and biodiversity policies. This is the message that companies like Telefónica wanted to convey when they signed the “Uniting Business and Governments to Recover Better” Statement and the Spanish manifesto for a sustainable economic recovery.

Telefónica is at the forefront in the race for carbon neutrality

The ICT sector has a main role to play to maintain emissions in line with climate objectives. In fact, considering the economy as a whole, it is largely accepted that the ICT sector is not part of the problem, but it can surely be part of the solution to enable carbon emission of other sectors such as transport and industry. But moreover, digitalization has to be done decreasing our own emissions, in this sense, at Telefonica we are deeply conscious of our responsibility and we assume that we must show a high level of ambition in the consecution of our sustainability targets. For this, we are redoubling our commitments aligned with the ambition of limiting global warming to 1.5⁰C: we are advancing our goal of zero net emissions in our major operations from 2050 to 2030 at the latest.

At Telefonica, in the framework of Energy Efficiency Programme, last year we managed to reduce energy consumption by 72% per unit of traffic, compared to 2015, moving towards the goal of -85% by 2025. This reduction in our networks and offices allowed us to save up to 313 GWh.. Also, thanks to our Renewable Energy Plan, 81.6% of the electricity consumption comes from renewable sources, which is equivalent to the average annual consumption of 1,325,000 households. Thus, we have prevented more than a million CO2 emissions into the atmosphere just in 1 year.

COVID-19 has radically changed our mindset in many aspects. It has shown us, for example, how vital the digital infrastructure and connectivity has become to working, socialising, accessing medical care, learning, and many other aspects of our lives. All this will not make climate change and nature degradation go away, but it can contribute to help societies move towards lower carbon ways of living to transition to the a decarbonize economy.

The fight against this crisis will not be won without a solid economic response and here is where digitalisation must be seen as an opportunity. The digital transformation of society and economy is the bridge between innovation, productivity and sustainability.

Digitalisation is an enabler for greening the economy, last year Telefonica has been able to avoid more than 3 million tCO2 to our clients, 3 times our own emissions. . While the mobile industry is taking big steps to reduce its emissions, it is having an even larger effect supporting other sectors to reduce their emissions through efficiencies created using smart technologies and behaviour change from smartphones use. The 2019 Enablement Effect[1] report estimated the emissions savings were almost ten times greater than the global carbon footprint of the mobile industry itself.

The transition to digitalisation

During COVID-19 crisis, Internet Service Providers (ISPs) witnessed an increase in internet traffic, as entire societies moved to remote working: according to BEREC, ISPs have coped extremely well with the increase in internet traffic and they avoided networks congestions[2]. Overall, the resilience of the networks has permitted to maintain the essential activities. Indeed, it has never been more important to have infrastructure networks for supporting functions on which society relies.

The efforts made by the ISP’s, and the behaviour of the networks during these circumstances may have been meritorious, but, alone, this is not sufficient. During these weeks, our societies have digitalized more than in the past decade. And we should go on. Demand side measures must be put in place to foster the digitalization of our societies. In that sense, SMEs are key to the success of the Green Deal given their role in the EU’s economy and society and their important contribution to sustainability. As expressed by the Commission in its SME Strategy for a sustainable and digital Europe: “Achieving a climate neutral, resource efficient and agile digital economy requires the full mobilisation of SME’s. This transition to a more economically, environmentally and socially sustainable Europe must go hand in hand with the transition to digitalisation”.

Over the next decade, if favourable policies are applied and enough investment is mobilised, digitalisation has the potential to be a key driver of decarbonize development. For this, it is essential to start right now.