The University of Chile and the Institute of International Strategies hosted a workshop for debating about the challenges that digital transformation will pose for Chile.

We are witnesses of a historic moment for human development. A change of era, rather than an era of changes. A revolution that is transforming our societies at unprecedented speeds. It is doing so from the seed of a new economic, social and political framework, the Fourth Industrial Revolution. In this context, it is time to reflect about the future, which is already impacting our reality, in order to make the most out of the opportunities that are to come, and to prevent from the possible risks.

Latin-America faces opportunities to accelerate its economies’ progress, by defining strategies to benefit from the digital transformation through innovation of the public and private sector. The decisions made in the next years will be especially significant for the economic and social development of the region. It is essential that the digital agenda becomes a political priority, reaching the highest levels of the administrations and governments.

With this premise in mind, the University of Chile and the Institute of International Strategies hosted in Santiago de Chile a workshop for debating and reflecting about the challenges that the irruption of the digital transformation pose for the country. During the meeting, different stakeholders debated about the best ways to benefit from the opportunities brought by digitalization to societies and economies, while discussing how to best regulate and self-regulate the risks associated to these changes. Amid the participants it can be highlighted the contribution of Trinidad Jiménez, Chief Corporate Affairs, Brand and Sustainability at Telefónica, Ricardo Largos, former Prime Minister of Chile and president of the Democracy and Development Foundation, and Alfonso Swett, president of the production and commerce confederation. 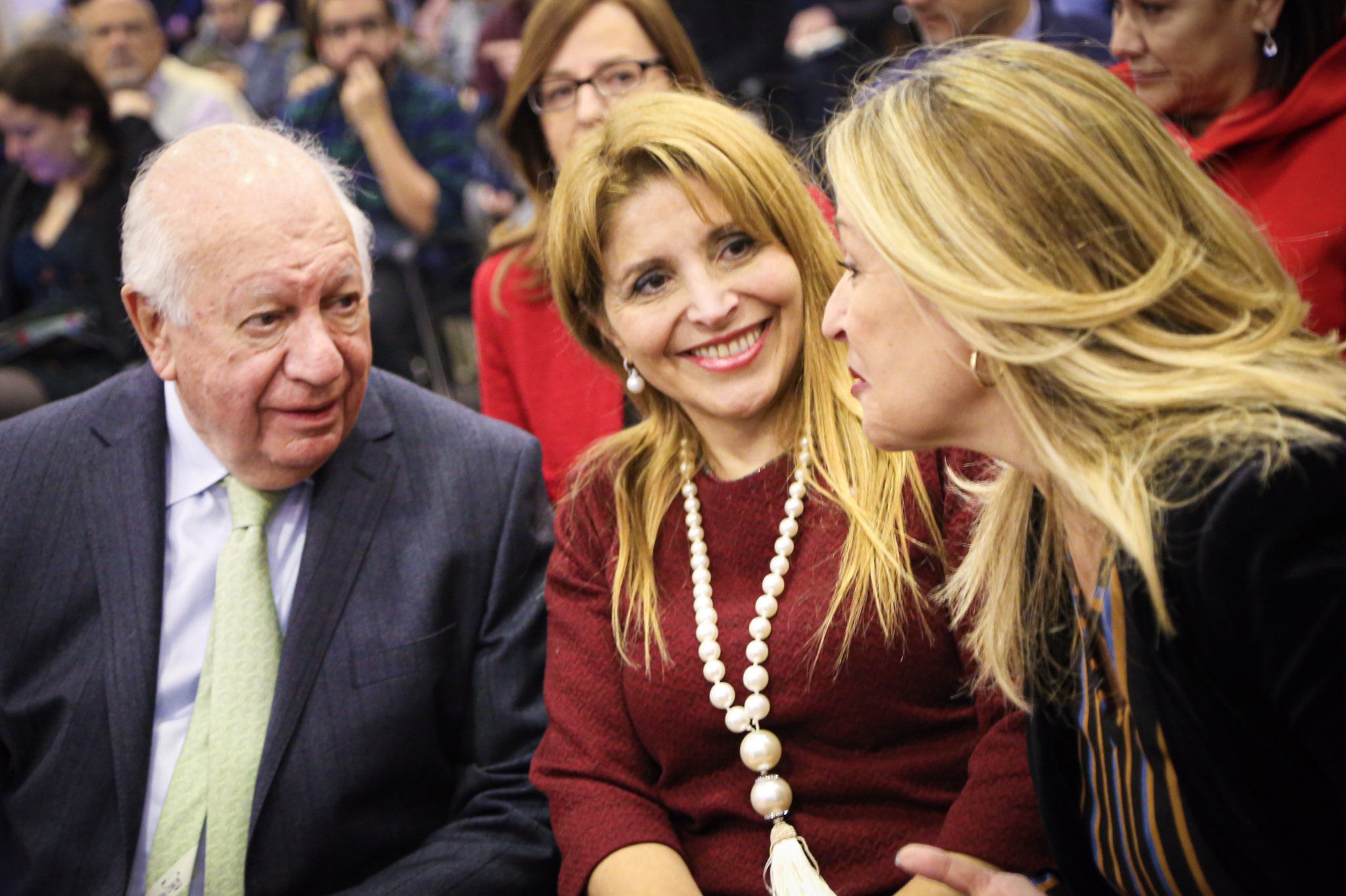 Within the Latin-American context, Chile constitutes a shining example. During the nineties Chile positioned itself at the forefront of the telecommunication infrastructure in Latin-America, which has allowed the country to maintain one of the best systems of the region.[1] The country stands out as the most digitalized of the region,[2] with Internet access rates over the average of the OECD countries (87,5%) and the second in Latin-América in the state of connectivity to mobile internet. Nevertheless, Chile has the opportunity to improve the digital transformation of its companies, which shows an emerging level of development, and to improve the digital capabilities of its citizens, as the OECD remarks.

“This is our challenge: to lay the foundations of the digital society for a new era and to draft a Digital Deal that ensures a human-centric digitalization.”

Considering these challenges, it is time to define a new social contract that ensures further collaboration between the affected parties. This includes different stakeholders such as the public and private sector, academia and civil society. Only through this multilateral approach we will be able to fact the challenges brought by digitalization, while ensuring that all the parties can contribute to the project.

Telefónica proposes the creation of a New Digital Deal to overcome these challenges. This New Digital Deal must ensure that people are placed at the heart of these changes. We strive to contribute to the general rethinking of policies, together with the affected communities,  with our experience and knowledge for shaping the society of the Fourth Industrial Revolution.

Telefónica has been committed with the deployment of telecommunication infrastructures in Chile since 1990, when it started offering mobile services, landlines, broadband and television. This commitment goes beyond infrastructure deployment, which is why it participated in the forum to bring proposals that hopefully will spark debate and reflection on how to renegotiate, redefine and reinforce common values for Chile’s digital future.

First, we support the creation of a Digital Bill of Rights that protects our values and ensures our fundamental rights in an era where analog rights are over regulated and digital rights are forgotten.

Secondly, an inclusive society model. We do not want to settle for a society defined by those who cannot keep up with the changes brought by digital transformation. This issue encompasses three main issues: connectivity, employment and formation.

When it comes to connectivity we believe no one should be left behind. This is the reason why we need further commitment between the public and private sector regarding how to improve Internet access. Although is true that Chile ranks over the average of the OECD countries when it comes to connectivity, this is not the mainstream situation for countries in the region. Thus, we need new initiatives to connect the unconnected, such as Internet para Todos Perú. With this project, Telefónica, Facebook, BID and CAF strive to bridge the digital gap in Latin-America, through broadband deployment in remote locations, where the deployment of traditional telecommunications infrastructure is unfeasible from a logistical and economic perspective. In this sense, Chile has issued the national plan for digital connectivity “Matriz Digital 2018-2020: Por un Chile conectado”, which envisages three main courses of action: citizens’ digital rights, infrastructure investment and digital progress to bridge the digital gap.

An inclusive model should lead us to rethink and innovate the social policies that tackle the transition period for those workers affected by automation and other technologies. This implies rethinking new education and labor frameworks, adapted to the changes that derive from digitalization. It must be stressed that in Chile, the telco sector is a source of specialized work, responsible for 2,8% of formalized work in the country. Technology is an ally in this field to bridge the educational gap and train people’s digital capabilities. Some initiatives that Telefónica is carrying out include: MiradaX, Pro Futuro, Scolartic or the program Conecta Empleo from Movistar Chile with SENCE (National Service for Training and Employment)

Thirdly, we acknowledge the importance of transparency and user’s choice. States and companies must be held accountable for their actions in the digital world. Because of the great value generated by data, it is essential to establish new data ethics that ensures trust when it comes to personal data. This means that authorities and regulators must ensure that the Internet remains safe, that fundamental rights are protected and that digital companies are held accountable.

Last but not least, it is important to create a level-playing field in the digital ecosystem. We stress the need of redefine policies and regulations of the 20th century, in order to adapt them to the 21st century, and adopt Net Neutrality. 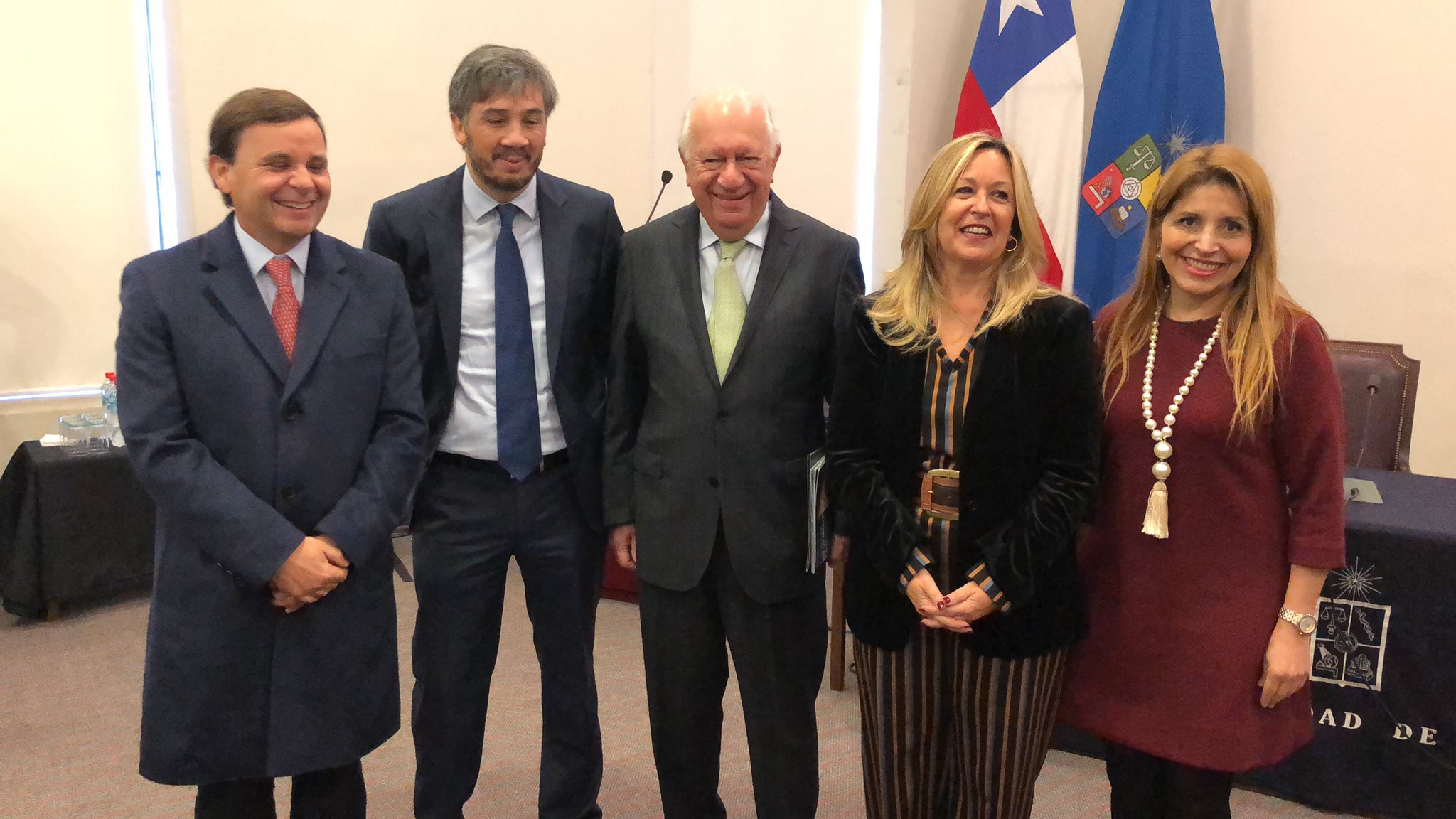 We believe there cannot be second-class citizens in the digital society that we are currently building. We know that technology and connectivity are fundamental to achieve a sustainable digitalization, inclusive and fair, that places people in the heart of these changes. This is a common challenge that we should face with a multidisciplinary approach. That is why we propose a New Digital Deal, which lays the ground for coexistence on the Fourth Industrial Revolution society. This will allow us to anticipate a future that is already a reality.

Chile is at a prime moment to bring those challenges to the digital agendas of the region, due to its commitment with international development and cooperation, and the acquisition of the presidency of the Pacific Alliance in July.