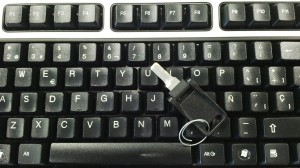 At this occasion, Vice-President Reding intervened at a debate together with EDPS Peter Hustinx and MEP Moraes who has drafted a Parliamentary report on electronic mass surveillance. Reding called for a “Data Protection Compact for Europe“.

The fact is that time is running against Reding. Two years after the European Commission proposed its reform to the European Union legal framework for Data Protection, things seem blocked and chances that this framework goes out as Reding once imagined are lower and lower.

All stakeholders (Legislators, Data Protection Authorities, industry and citizens) agreed, and still agree, on the need to reform the current framework. There is less consensus, or no consensus at all, on how this reform should be.

Industry put many hopes in this reform. The main outcome was supposed to achieve the right balance between innovation and the protection of fundamental rights and in particular the right to the protection of personal data. For industry across all economic sectors, the review had to result in a technologically neutral, future-proof, user-centric privacy framework, supporting innovation in information use, technology and business models and empowering users to become aware of and manage their privacy.

For policy makers, this reform was also the occasion to update an obsolete set of rules on Data Protection that dated back to 1995 – when Internet was just coming onto the horizon- in order to establish a renewed legal framework that meets the needs and demands raised by the new digital environment and which serves as a reference in the international arena.

Despite the ambitious proposed reform, the whole exercise could finish as the non-nata European Constitution, if Member States are not convinced about the benefits such a reform would bring. After all, they are the law makers (together with the Parliament). The Regulation could turn out into a Directive, without covering the public sector, thus leaving margin for manoeuvre for the transposition at national level.

After two years of discussion on the proposed legislation, the question remains if the Commission will be able to convince Member States of the benefits of the proposed rules or if national interests will remain above all. In any case, industry will always need harmonization and common sense, large doses of common sense.