Just hours after the Climate Change Summit, it is important to leave behind the disappointments and look to the future with a positive perspective. It is true that we have not achieved what we would have liked, but there has also been some progress. Find it out!

Just hours after the Climate Change Summit, I think it is important to leave behind the disappointments and look to the future with a positive perspective. It is true that we have not achieved what we would have liked, but there has also been some progress:

The agreement, called “Chile-Madrid Time to Act” reinforces the role of science in keeping the planet’s temperature rise below 1.5 °C. Although countries must submit their climate commitments before the next Glasgow Summit in November, this year 73 states have already committed to the goal of carbon neutrality by 2050, including Spain. To achieve this, our country has set the goal of reducing one out of every three tons of CO2 in the next decade, doubling the final consumption of renewable energy by 2030.

The number of multinational corporations committed to carbon neutrality by 2050 has doubled, from 90 at the New York Climate Summit to 177 at COP25. These companies employ more than 5.8 million people. Among them is Telefónica. 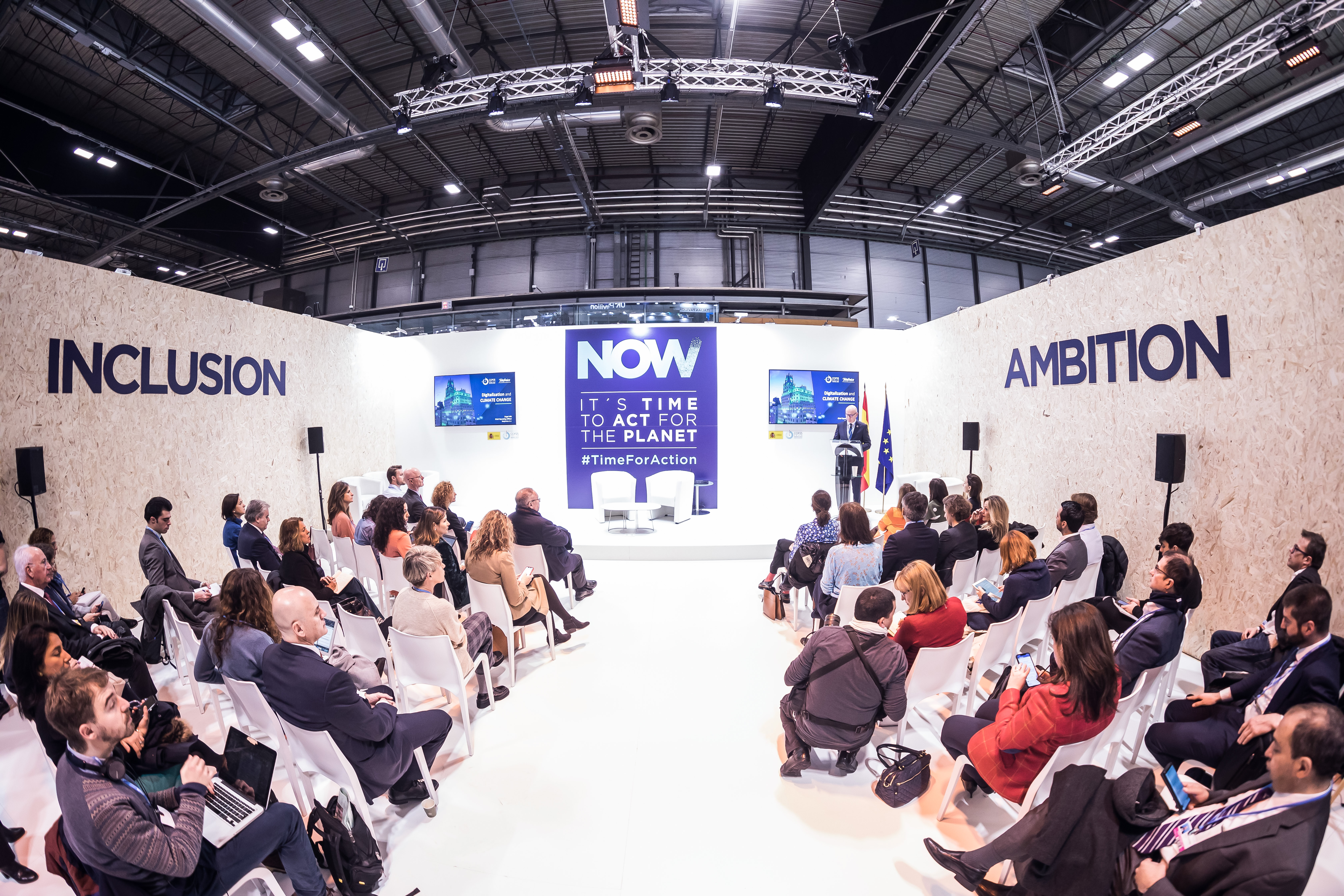 Another milestone worth mentioning: the number of large cities committed to climate neutrality in 2050 has gone up from 100 at the New York Summit to 398 at COP25.

The financial sector, which is key to facilitating the transition to a decarbonised economy, played a leading role at this Summit. For the first time, 51 Finance Ministers have met, and the Inter-American Development Bank has announced the creation of a Network of Central Banks and Supervisors: an international platform to achieve a green global financial system. Also, the number of investment funds that have committed to making the carbon emissions of their portfolios neutral as soon as possible has doubled at COP25.

And last but not least, the level of awareness has increased in society, particularly in Spain: the Green Zone mobilised more than 30,000 people, volunteers, businesses, NGOs, municipalities…, and in the conversations during the summit, beyond IFEMA, climate change was also present.

All these numbers are important, and not because the world’s biggest carbon emitters are always behind them, but because those who actually care show that there is a way and that change is possible. They are the pioneers of the transformation process that we must undertake. Because “this is our only future” (the fitting corporates slogan for the 1.5 °C goal).

This conference was also part of COP, where the role of digitalisation to decarbonise the economy has become more than evident. The Green New Deal launched during the European Summit clearly identifies digitalisation as a necessary element to achieve the continent’s environmental objectives. This topic is already making its mark in every country: the digital agenda and the climate agenda must go hand in hand.

But in addition, for the carbon footprint of digitalisation not to increase, companies need to make clear commitments. At COP25, Telefónica announced its new objectives aligned with scenario 1.5 °C. The company has already reduced its carbon emissions by 40%, and will reduce them by 70% by 2030; by 2050 it will be a zero net emissions company. According to scientists, there are fewer than 100 companies worldwide with objectives aligned with the best possible scenario.

There is still a lot to be done and we must make haste, there is no doubt about that, but we can achieve it, indeed we must. Let us remember the message that astronaut Luca Parmitano gave us during the Summit, from the international space station, when he was asked what is the most fragile thing on Earth: “Humans. The Planet will go on without us for sure.”