As indicated in a previous post, we were attending this meeting so here is a brief overview of the main discussions there.   This meeting, opened by President Chinchilla of Costa... 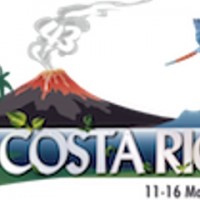 As indicated in a previous post, we were attending this meeting so here is a brief overview of the main discussions there.

This meeting, opened by President Chinchilla of Costa Rica, attracted almost 1400 delegates from all parts of the world, being one of the most attended ever.

The main topics discussed in Costa Rica were of course the new gTLDs, the changes at the ICANN board and the main decisions.

As you already know, the application process for new gTLDs was launched in January 2012. Following the instructions detailed in the “Application Guidebook” and the timeline approved by ICANN, by 1st of May of this year, the organization will make public the list of application received for new gTLDs. It is expected to have hundreds of applications coming from brand names, geographical locations, interests, etc.

Governments represented in the GAC (Governmental Advisory Group) have been rather critic with this process which has seen direct intervention both by the EU and the US Administration. The GAC has asked for more studies and has showed its concern regarding possible problems in the trademark protection field and in the possible confusion this may create to consumers.

As it seems to be a tradition in ICANN, what seems to be the hottest issue before a meeting, it happens to be just part of rather superficial debates, mostly informative of matters already known to the community. Debates in this field where centred in financial measures envisaged by ICANN to support the application by SMEs and non developed countries communities.

The only information that was made public was the number of registrations received so far in the on-line application system: almost 300. Each application can present up to 50 possible gTLDs opening a very wide range of final real gTLDs presented: from around 300 to some 15000! No other clear indication of a number was offered neither a list of well known companies already registered as applicants. What a suspense!

The big discussion related to gTLDs came from the special measures proposed to protect the International Olympic Committee and the Red Cross names in the Internet since they have their names protected by treaty and within the laws of a number of countries. This proposal presented by the GAC was deferred by the GNSO (Generic Names Supporting Organization) in a move that shows the differences existing between the Internet communities and the GAC regarding the implementation of ICANN policy. For most of GNSO represented groups, the special measures proposed where against ICANN equal footing rules or, at least, non sufficiently supported in legal terms.

Other issue at stake was the conflict of interests of some Board members, notably its former chair now working for a well known registry and up to 7 of its 16 Board members who have acknowledged conflicts too. This subject was also present during the NomCom (Nominating Committee) meetings and, surprisingly, noted by the ICANN CEO during its opening statement and further press conference. 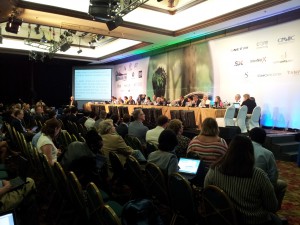 Another information related to the gTLDs programme was the announcement made by the Board that the clearinghouse selected for this will be announced in June.

ICANN CEO Rod Beckstrom has already announced he will be stepping down from his position at the end of his contract in June 2012. The selection process for the next CEO is underway. ICANN has already received a shortlist of 16 candidates and they are being interviewed. A final decision will be taken in April.

This has been the big surprise of the meeting. When all attendees to this meeting where expecting new gTLDs to be the star of the week, the announcement made by the US Commerce Department (NTIA – National Telecommunications and Information Administration) on the IANA (Internet Assigned Names Authority)  contract has shadowed any other issue.

According to the US Administration, no bid received for the IANA contract has met the requirements and the whole process to award the contract has to be rethought. From the little information available, mostly got from corridors conversations, it seems that ICANN wasn’t at all aware of this development. Due to US government internal rules, NTIA apparently can’t make public precise reasons of its ICANN’s bid rejection. On the other side, ICANN doesn’t want to talk about this right now.

As already explained in my previous post, it is unclear if another organization has placed a bid for the IANA contract, but it seems quite improbable. What seems clear is that the US administration has made this announcement deliberately coincident with the Costa Rica meeting, perhaps aiming at a bigger public impact. This could be considered as a move against ICANN Board and as a message for the next ICANN CeO who will replace Beckstrom later in June.

As a second surprise of this Costa Rica edition, the Board cancelled all agenda items except those included in the so-called “consent agenda” (items already agreed by Board members and only subject to formal ratification). It seems that the atmosphere wasn’t the right one to reach agreements on the various discussion items.

There is a clear conflict between the different views on how to implement policies in ICANN and, by extension, in the whole Internet Governance. ICANN defends a bottom-up, multi-stakeholder policymaking process. This is contended by governments represented in the GAC, more oriented to a top-down approach. Both Red Cross/Olympic Committee and IANA contract cases are battles of the same war between these two different conceptions of Internet Governance.

Let´s see how it will continue!