Betting for openness: 10 Firefox OS keys that you should know about

In recent months, much has been said about the Firefox OS operating system. A strong candidate to break the iOS - Android duopoly, the Mozilla platform was officially launched at the last... 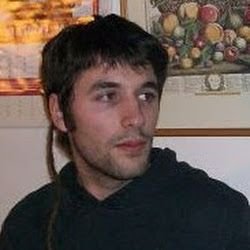 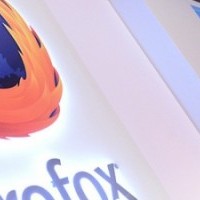 In recent months, much has been said about the Firefox OS operating system. A strong candidate to break the iOS–Android duopoly, the Mozilla platform was officially launched at the last Mobile World Congress in Barcelona. The publicity that it has already received is reflected in specialized media and blogs across the entire Internet. The news has now flown: the first smartphones and benefits for developers, a simulator, etc.  And with the stroke of a pen, it has gone from being a project on paper to becoming a reality.

It’s time to recap and review some of the keys to this mobile platform, based on the HTML5 standard and supported by the entire Mozilla community, as well as Telefónica resources. Firefox OS is expected to assume the role of open alternative in the field of smartphones.  Especially in relation to applications that will be able to operate on other devices, as they will be built on web technology.

In this post, we offer you 10 keys about Firefox OS which you should clearly bear in mind.

The first devices are already on sale

Since this past 1st July, the general public and not just developers, can access terminals using the incorporated Firefox OS system. These terminals are the ZTE Open, within anyone’s reach due to their low cost and offered exclusively by Telefónica.

The next model to be available to the general public will be the Alcatel One Touch Fire, which will be launched in Poland, and hence, in the rest of Europe.

The foundations of Firefox OS

The system has a common basis with the Mozilla browser. In fact, it can be seen in its entirety as an all-encompassing Firefox. It not only makes the Internet operate but also the device hardware. The platform is based on Linux and Gecko technology, which is the same that supports the rendering motor in the browser (and that originates from an application from the old Netscape).

Firefox OS is built according to the open Internet standards, such as HTML5, CS3 and JavaScript. In addition, they have launched APIs so that those applications based on HTML5 can connect with the devices’ hardware so that the camera software will be a web app, not a native development.

Firefox OS has adopted the iOS and Android model for its interface. It offers a grid of applications, with fixed icons in the lower fringe, where the accesses for calling, sending text messages or opening the browser are located. There are some differences, however, such as the screen that appears when you slide to the left, which shows several categories, and which group installed applications and related suggestions.  It still does not offer any support for widgets.

The versatility of the applications

Any application that does not use the new HTLM5 APIs works on Firefox OS, an open web standard, which would affect a minimum number of applications.  So developers will only have to make a few adjustments to convert a web service into software.  The interesting thing is that developments made for the platform can run on any operating system, because they will do so on a browser. Mozilla has also worked on a system of certification so that an application purchased on Firefox Marketplace can also be used on other open standard terminals.

Mozilla has taken security seriously, limiting the amount of resources that an application has access to. The system has several layers of security whose performance is guaranteed internally. This will prevent damage that may cause any vulnerabilities produced by security holes. One of the main innovations involves the application permissions. These are shown before the software is installed, but which represent a major transfer of privacy (such as location).  They must be confirmed by the user, who may decide to block them manually.

A payment method for Firefox OS

Mozilla is working on its own mobile payment method, which extends to all web applications.  The idea is that whenever you make a software purchase, a secure window pops up.  The user enters his credentials and chooses whether to charge the amount to his credit card or to his operator’s invoice.  The payments platform will support numerous providers of transactions.

Whoever does not have a terminal with Firefox OS, can try it out via a browser

Mozilla has launched a Firefox OS simulator that can be installed as an extension of the browser that bears the same name.  It allows any user, including developers, to verify the experience using the platform. Daily features such as the rotation of the device are simulated, but the interesting thing is to see the interface and check out some of its features.

Frontline manufacturers have entered the project

Apart from the first terminals for developers built by Geeksphone and the aforementioned ones for ZTE and Alcatel, the latter will create devices for Germany, while LG or Sony, which are currently working with Android, have also committed themselves.  The Chinese company Huawei has also decided to go with the Mozilla system.  Added to these is the chips manufacturer, Qualcomm, which offers its Snapdragon.

It has strong support from operators

To succeed in the world of smartphones, you have to reach consumers.  This is impossible without manufacturers who build devices, but another critical aspect is the operators. They play a basic disseminating role for bringing the system close to users.  In the case of Firefox OS, not only does it have the support of Telefónica in Spain and Latin America, but América Móvil, China Unicom, Deutsche Telekom, Etisalat, Hutchison Three Group, KDDI, KT, MegaFon, Qtel, SingTel, Sprint, Smart, Telecom Italia Group, Telenor, TMN and VimpelCom also support it.

An enthusiastic response from developers

Shortly before the official launch at the Mobile World Congress, Firefox OS already had the support of 2,500 developers, a figure that has been increasing since then. Mozilla has a loyal developer community and the possibilities of HTML5 applications have seduced more than one. You only have to look at the comments of any post about the platform in the official blog of the organization to verify the enthusiasm that has been aroused. Certainly Keon and Peak terminals, aimed at this target audience, had so much demand in the early hours that the Geeksphone online store literally collapsed.

The original article in Spanish can be read on the Think Big blog.