Attending the workshop in Rome: “Beyond Dubai: A new global agenda for the Internet”

Dubai was a turning point for the global Internet governance agenda. The World Conference ended up dividing the delegates: 89 for the new Treaty and 55 against it. In fact, it represented... 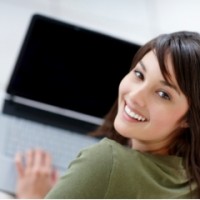 Dubai was a turning point for the global Internet governance agenda. The World Conference ended up dividing the delegates: 89 for the new Treaty and 55 against it. In fact, it represented two confronting views of the Internet governance. On the one hand we have those States that wanted to extend the ITU’s role while increasing governmental control over the Internet. On the other hand we have others that supported a bottom up decision taking process and also tried to exclude the Internet from the new Treaty.

Against this backdrop of polarization, it is in the interest of all parties to build consensus. During this year we should make the most to build a global agenda where all parties feel comfortable taking into account local conditions and traditions. ITU, UN, G-8 & G-20, OECD, ICANN, Internet Governance Forum and an extent array of appointments take part of numerous official and unofficial meetings in which the new rules for the new era will be under debate.

Accordingly, all parties are increasingly involved in the aforementioned controversy. Last week, Telefónica participated in Rome in a workshop called “Beyond Dubai: A new global agenda for the Internet” organized by Alleanza per Internet in the Italian Ministry of Foreign Affairs. Among the speakers we can highlight the Italian Foreign Ministry, Mr. GuilioTerzi, ITU Secretary-General, Mr. H Touré, the Head of the US delegation to WCIT-12, Mr. Terry Krammer, ETNO Chairman, Mr. Luigi Gambardella, and members of the business community such as Erika Mann (Facebook), Jacques Sahel (Microsoft), Pastora Valero (Cisco), Stefano Pileri (Italtel) and Christoph Steck (Telefónica).

The main message of the workshop was that the crucial objective for all is to get connected 2/3 of the world’s population to the Internet, in particular in the developing countries. For that purpose, consensus is needed in order to foster an enabling environment for the greater growth of the Internet.

In terms of moving forward, most participants advocated in favor of a decentralized and collaborative environment provided by the current multistakeholder model. But being representative and including different views and priorities implies the participation of all parties. Therefore foster developing countries participation in all existing fora appears to be one of the main tasks for an enriching progress of the debate on Internet Governance in 2013.

Christoph Steck, Director of Public Policy and Internet, represented Telefónica in this workshop. He highlighted that the Internet ecosystem, business models and rules are not yet settled, so it is natural to have clashes between the different interests and players who must, however, work together to find common ground. On Internet Governance, he said that finding a global view on certain issues related to fundamental rights, such as privacy, security and freedom of speech, is a challenge, not just in the Internet but also in the real world. On the other hand he added that investment-friendly policies and increasing smartphone penetration are the solutions for reaching the objective of universal Internet access to 2/3 of the world population which are still not connected to the Internet.

All in all, the participants stressed the need to reconsider the global Internet concept, mainly because of the given unbalances in terms of investments, the flow of revenues, regulatory regimes and different values and level of competition. Thus, achieving the potential of the Digital ecosystem worldwide is not a given, however the economic and social value of it leads us to pose the right questions and answers. The definition of Internet governance, what we need, who should be in charge or what is the appropriate setting is coming to a large extent from shared, innovative and bold approaches.

The challenge we face in 2013 is crucial for the future of the Internet governance. Maybe it is very difficult to think so “big” and perhaps the way to follow the debate should go in operational term first in order to solve step by step some of the identified problems. In short, the rules of the Digital World are not yet written. Let’s do it!