A historic announcement for the Internet by the US Government

On Friday, 14th of March, the National Telecommunications and Information Administration (NTIA) , an agency of the US Department of Commerce , announced a historic step for the future of the... 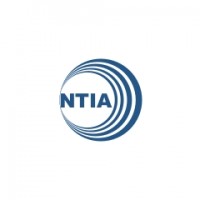 Under the current structure, the Department of Commerce has contracted ICANN to perform key Internet administration tasks, such as the so-called “IANA function”: the coordination of the DNS Root and Internet Protocol addresses. This contract will expire on September 30th in 2015.

The announcement of NTIA says that after that date, the United States’ stewardship of the IANA Functions will be exercised by the global Internet community. This is a major change, but just consequent as also the usage of the Internet has become increasingly global: Already today, nearly two-thirds of Internet users are from emerging economies and developing countries and this number is growing fast. It is just natural that accordingly also the governance of key Internet functions needs to be more globalized.

At the same time, the NTIA announcement contains clear indications on some key aspects of the transition which will need to be maintained. Most importantly, it says that it will not accept any proposal that “replaces the NTIA role with a government-led or an inter-governmental organization solution”. It also defines the way how ICANN must proceed: It will need to convene global stakeholders to develop a plan for the smooth transition. Such a proposal must have the broad support of the multistakeholder community and address four key principles:

First consultations within ICANN will take place during the next public meeting of ICANN in Singapore (23-27 March) where two interesting sessions on ICANN Globalization and on Internet Governance Issues will be held.

It is important to put this move of the US government into context: It comes after a process of increased loss of “trust and confidence” by Internet users and many parts of the global multistakeholder community in the current Governance mechanism and the role of the US government. In the last months many voices from Europe, Brazil and other parts of the world, but also the technical community (see the Montevideo Statement) have asked for a more globalized overview of IANA.

Telefónica welcomes this NTIA announcement and will participate in the discussion process to develop a transition proposal. We recently submitted a contribution to the NETmundial meeting where we emphasize our commitment to an open, sustainable, inclusive and trusted Internet. I believe that it will be key for Internet Governance going forward to improve the accountability and transparency of future governance mechanisms. This will not become necessarily easier with a globalized Internet and according governance structures. The upcoming major Internet Governance conference in Brazil, NETmundial, could and should be an important step in trying to define between stakeholders what the future of Internet Governance could look like – and also a roadmap to get there.

What makes this announcement historic, is that it accepts that the important phase of US stewardship of the Internet, which has made it a global success and changed our lives for the better forever, will come to an end by September 2015.

What will follow, will need to be defined between stakeholders. The globalization process now opened by the announcement of the US government is a great opportunity to get things moving forward and adapt Internet Governance to the realities of the Internet today, making it more global, more inclusive and more accountable. Bravo and well done, NTIA!