A brief overview of 2012 ICT regulatory issues in Europe

When it comes to summing up the outgoing year, one cannot avoid mention that despite the economic situation, new technologies and communications sector are doing their most to contribute to the... 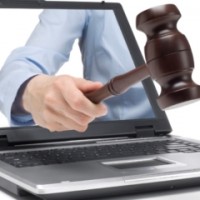 When it comes to summing up the outgoing year, one cannot avoid mention that despite the economic situation, new technologies and communications sector are doing their most to contribute to the economic recovery and to achieve prosperity. As already explained in several posts in this Blog, this sector has the capacity to bet for growth and employment if smart public policies are put in place and we are working in this direction.

When I was asked to give my opinions as to this year‘s most significant regulatory aspects, my thoughts once more turned to the development of the Next Generation Networks and the continuity of the so-called European Digital Agenda that our representatives in Brussels approved in 2010 to be the driving force behind their deployment.

At the time, when such an ambitious plan was approved, namely that of providing 30 Mbps access to 100% of the European population and 100 Mbps to at least 50% thereof by 2020. Some advances have been obtained but there is still work to do in order to reach the objectives established 3 years ago now.

As well as everything related with the European Digital Agenda, other regulatory subjects that have been especially important throughout the year, should also been mentioned, such as

Users are becoming more and more concerned about their privacy in the online world. Society also increasingly sees the Internet as being an open space in which any information of a personal nature can be published and used. This sensitivity regarding personal details and the privacy made the authorities becoming actively involved by reviewing the existing regulations or drafting new legislation to adapt them to the current uses. However, it is also relevant to take into account innovation and ensure that a flexible framework is adopted, in order to foster the launch of innovative services and products that could be very useful for our societies in the next future.

In 2012 the debate also centred on the way a number of companies, such as Google or Facebook use and process personal details and respect the users‘ privacy. As a result, the US government has proposed initiatives such as the enactment of the ―declaration of rights‖ in relation with the Internet or the promotion of voluntary codes of conduct that can be applied without the need for legislation to protect the privacy of and exert a greater degree of control over the personal details gathered and/or submitted by users online.

At EU level, the European Commission is working together with the interested parties on establishing general regulations designed to protect data of a personal nature to guarantee greater security and reliability regarding the processing and management thereof. This involves the drawing up of a regulatory structure that includes data-related concepts such as consent, definition and anonymity, international transfers, the right to be forgotten, sanctions for non compliance, etc. These regulations are expected to be finalized sometime next year.

Net neutrality has been also one of the top issues highly debated in several international fora in 2012 for sure.

At present, work is continuing in Europe on the debate headed up by the European Commission and the Body of European Regulators for Electronic Communications (BEREC) which, halfway through the year, both launched similar market surveys with a view to approving a ruling to promote greater transparency of Internet services and enable an open and neutral worldwide web sometime in 2013.

At national level, the Netherlands has become the first European country –and one of the first nations in the world, together with Chile- to establish a legislative structure that guarantees the maintenance of a secure and open web almost a year after its Lower House voted in favour of ensuring net neutrality by law. The new Dutch legislation also enables traffic management in the event of network congestion of for reasons of security, but –and this is an extremely important point- only if and when this is done in the interest of the user.

Related to this issue, Internet Governance has also been a hot issue this year, highly debated in several fora, such as the ITU, or IGF, and it is sure that this subject will continue to be on the agenda for 2013.

As far as radio spectrum is concerned, this year we have seen how actions have been implemented in many of the European countries aimed above all at attempting to energise and strengthen mobile broadband capacities by deploying more radio spectrum. This is the case in Ireland regarding the 800, 900 and 1800 Mhz bandwidths, the UK, which will have spectrum on the 800, 1800 and 2600 Mhz bandwidths by the end of the year or beginning of 2013, and the Czech Republic and Slovakia, who are also both developing the 800, 1800 and 2600 Mhz bandwidths.

Furthermore, the communiqué issued by the European Commission regarding spectrum sharing shall be followed by a recommendation, public inquiry and guidelines aimed at finally establishing a regulatory framework with respect to spectrum sharing in 2013.

Also don’t forget about the debates concerning m-payments that have been relevant during 2012 and will continue to be so during this year.

I am sure that 2013 will bring new issues that will be added to the extensive agenda in order to keep us very busy during the next 12 months!