Álvarez-Pallete: “Telecommunications make the future possible: nothing will happen without us in the digital era”

·The Chairman of Telefónica and the GSMA, José María Álvarez-Pallete, stated in his opening speech at the Mobile World Congress in Barcelona that “these are not times of conflict, but of collaboration”, and that the telecommunications sector “is the only one capable of transforming the industry as a whole”.
·“We respect all players in the new economy. But we also deserve respect. It is impossible to face the new times with the old rules. Our sector is not asking for privileges, just for justice”, says Telefónica's chairman.
·Álvarez-Pallete stresses that “the GSMA has the strength to unlock the full power of digitalization for the benefit of the industry and to guide society”.
·“If we do it right, this digital revolution will bring social progress. Because the digital world must be a better world, with people and values at the center”, argues. 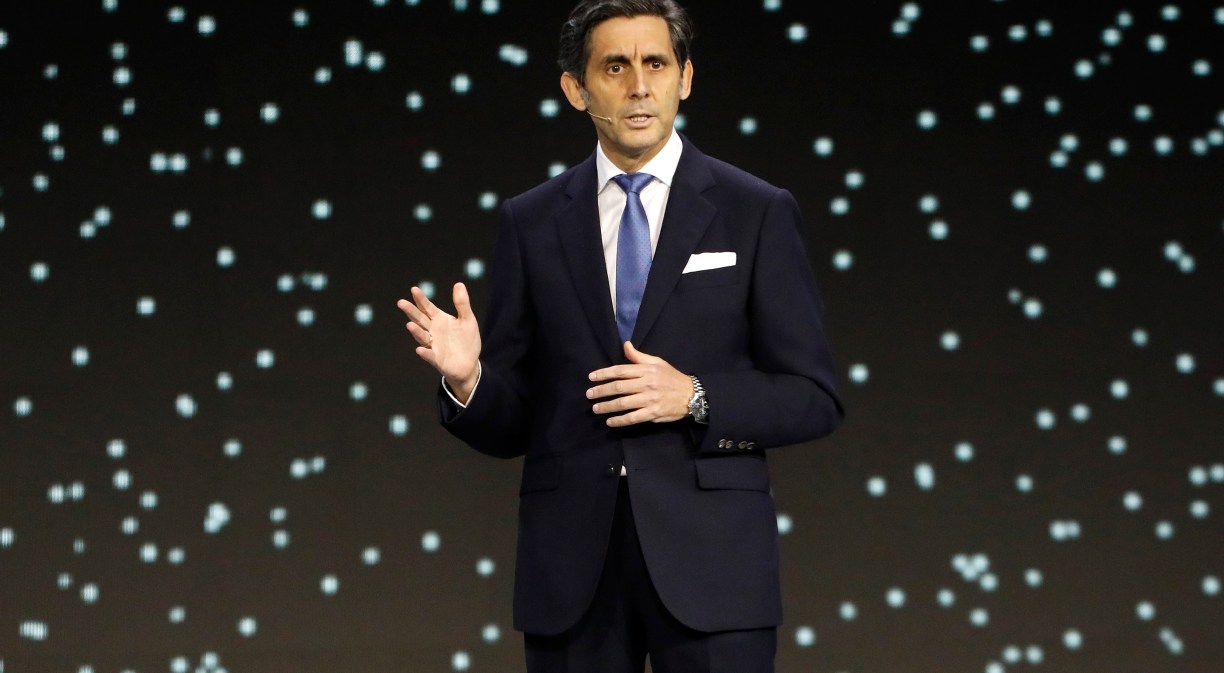 The chairman of Telefónica and the GSMA, José María Álvarez-Pallete, gave the inaugural speech at the Mobile World Congress (MWC), whose 2022 edition kicked off this Monday in Barcelona, with a message of optimism about the future and a “worried optimistic” warning about the present: “Technology gives us power to change and do more things, but that power can be used for good or bad”.

Álvarez-Pallete outlined a world with constant crossroads -“East and West; inequality and equality of opportunities; lies and truth”- where it is important to have very clear ideas, and he stressed that many people live in daily fear and have lost faith in themselves and in the future, a situation he explained as “the loss of values” and the blurring of the boundaries between technological progress and moral progress. “The convulsions of the 20th century and the disconcerting events of the dawn of the 21st century, such as what is happening right now in Ukraine, have reminded us that technology lacks values”, he said. “Technology has allowed us to change things and make many new ones, but it is up to us to decide what and how to do it”, he added.

During his speech, he argued that the role of the telecommunications sector in the era of superconnectivity will be even more decisive. “We are the gateway to the future. Telecommunications make possible all that is to come. Nothing will happen without us in the digital era”, he warned.

Additionally, it has emphasized the importance of addressing the needs of operators: “We respect all the players in the new economy. But we also deserve respect. It is impossible to face the new times with the old rules. Our sector is not asking for privileges, just for justice”. “Data traffic is growing by up to 50% annually. The investment challenge is huge and deserves special attention. The burden of investment needed to handle this increasing volume of traffic should sit fairly with those that impose it”, he argued.

“The digital world must be a better world”, continued Álvarez-Pallete, who also highlighted the basic elements for making progress in transforming the way we see ourselves and others: “Collaboration, cooperation, solidarity, responsibility, sustainability and dignity”. And he emphasized that the future necessarily involves creating “an ecosystem of shared values” so that everyone can enjoy a just future.

“To deliver a new era of superconnectivity we need a new framework. A new era of hypersector collaboration”, he said. For this reason, he has proposed combining efforts and joint work as levers with which to build a better world, based on a new social contract between Science, Business and Society. “Improvements have always come when we have driven progress. When we have trusted in the future. When our society has felt as own the advances of the scientific community and the business ecosystem. This is what makes possible to industrialize knowledge and create new services.

When states and companies have worked together. By being positive. I am optimistic. Maybe, worried optimistic, but optimistic”, he confessed.

The Chairman of Telefónica and the GSMA stressed the fundamental role of the telecommunications sector in defining the new digital era and the world of superconnectivity: “The world needs a strong and sustainable telco industry. Nothing that is to come will happen without us. We are the ones who have the capacity and the responsibility to build the infrastructures, the networks of the future. We have made and keep on making possible all new digital services. We have made and keep on making connectivity affordable. We have digitalized and keep on digitalizing the world.

We have been and continue being essential during the pandemic and always”, he said. He added: “We can proudly say that: Without us, the deepest technological revolution in human history would not have happened”.

Álvarez-Pallete outlined the competitive advantages of the telecommunications sector, which he presented with the credentials of being the only one capable of changing people’s lives around the world. “No other industry has contributed to the economic and social welfare as telecommunications. Without us everything would be worse and many people would be left behind forever, for good, caught in the technological disruption gap”.

He also pointed out that, precisely, “The GSMA vision is to unlock the full power of connectivity so that people, industry, and society thrive”. In this regard, he emphasized that “education, digital skills and employability are key tools to fight the inequality breach”.

The industry’s contribution is also critical to creating a more sustainable and efficient world. “Climate change is the major challenge humanity is facing. Our industry has an enormous amount to contribute. In simple terms, there is no energy transition without digitization”, he said.

The prominence of Web3 and the Metaverse

José María Álvarez-Pallete also highlighted the speed with which the world is witnessing these changes, heightened by the needs created by the pandemic. “We are living in a new era, the deepest technological revolution in human history. Its impact is expected to be four times as big as that from the Industrial Revolution. Everything is happening at amazing speed. The pandemic has been like a time machine accelerating further the digitization and this is irreversible”, he said.

This new era is already showing its potential, but the greatest progress is yet to come. “This is just starting. Ultrabroadband connectivity is already here”, he said, before going on to offer more details of the future that is already emerging: “Processing and storage capacity are growing exponentially and moving to the cloud. Virtual, Augmented, and Enhanced Reality are changing how we experience everything. Internet of Things and Big Data are producing and handling huge amounts of data”. “And more is coming. Blockchain, Quantum Computing, Cybersecurity, Edge Computing and Stand-Alone 5G and Artificial Intelligence. A new immersive world is almost here with Web3 and the Metaverse. They are already delivering mind blowing disruption”, he added.

“It’s time to put people and values at the center”

During his speech, Álvarez-Pallete also argued that this new era that is being unleashed must take its human and social dimension very much into account. “Human beings must never be categorized by their access to digitization. There should be no distinction between those who have the access to the new digital world and those who do not”.

For Telefónica’s chairman, the new technological and super-connected world provides a magnificent opportunity for the progress of society as a whole. “If we do it right, this digital revolution will bring social progress. Because the digital world must be a better world. It is our collective responsibility to spread the benefits of digitization and make sure that we do not leave anyone behind”, he stressed. A new era that always has people at the center: “It is time to put people and values at the center. At a time when technology is more present than ever in our lives, we cannot forget that it is people who give purpose to technology and not the other way around”.

The Chairman of Telefónica and the GSMA made a final call for collaboration and urged the private and public sectors to strengthen ties and unify their views so that “together we are capable of not building walls, but opening doors”. “Together, our strength and ambition are greater. Together, we will achieve the greatest challenges. Together, we can do incredible things and deliver incredible benefits for all”, he concluded.