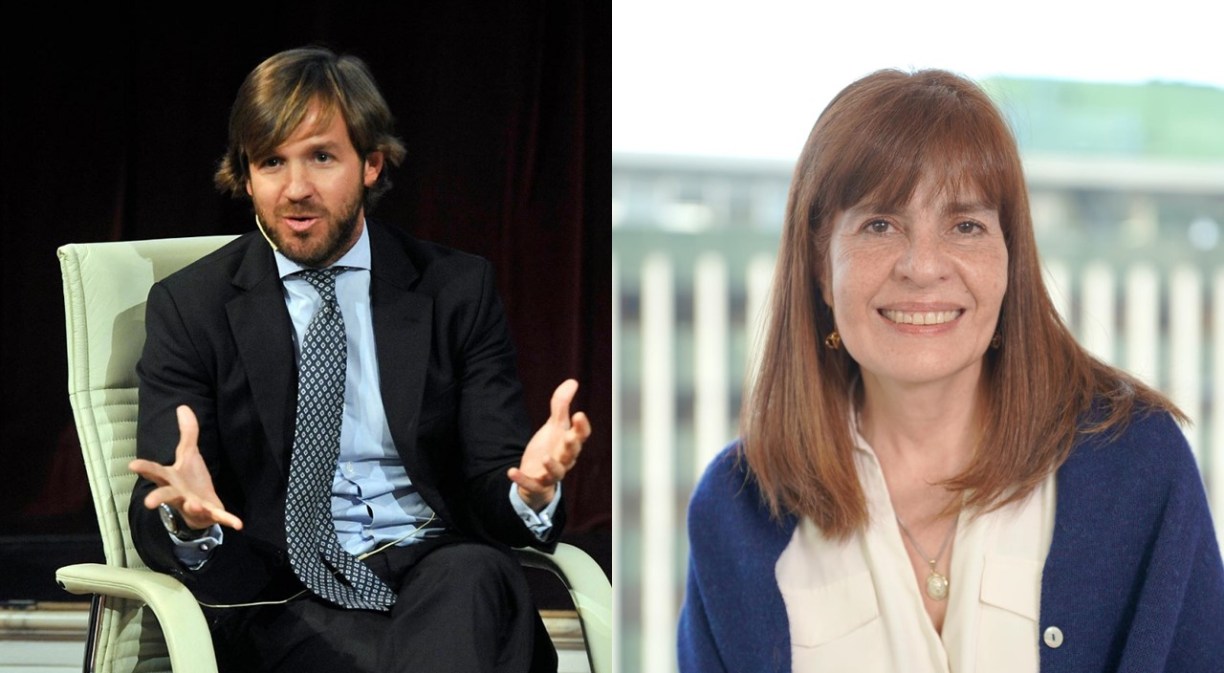 Telefónica is moving forward in its mission to successfully anticipate the needs of an increasingly demanding and challenging digital era. Strategic vision and adaptive intelligence are now more crucial than ever to re-evaluate assumptions, turn enormous challenges into extraordinary opportunities and offer customers the best service to make their lives better.

With this desire for constant progress, Telefónica is resolutely strengthening its advisory boards, reinforcing its leadership and scope of action with new professional profiles with proven track records and experience, which join the existing ones to provide the operator with the broadest vision and knowledge in critical decision-making matters.

Rosauro Varo, president of GAT Inversiones, began his business career more than 25 years ago, carrying out different entrepreneurial projects. Since 2004 he has been developing his business initiatives through GAT, covering sectors such as tourism, real estate, telecommunications and technology, always focusing on the development of innovation and research. After turning PepePhone, where he was Vice Chairman, into the largest virtual mobile operator in Spain, he has been a member of several boards of directors, including El León de El Español Publicaciones S. A. He is also currently a director and Vice Chairman of Grupo Prisa. In May 2021, he joined the Board of Acciona Energía and is a member of the board of directors of the Círculo de Empresarios del Sur de España (Cesur). He is also a lecturer on the Master’s Degree in Finance and Banking at the University of Pablo Olavide in Seville.

José María Alonso has been a member of the Executive Committee of Telefónica S.A. since 2016 and currently holds the position of Chief Digital Officer. He holds a PhD in Computer Security from the Universidad Rey Juan Carlos. Technical Engineer in Computer Systems from the Polytechnic University of Madrid. Honorary Ambassador of the Escuela Universitaria de Informática in 2012. Cross of Merit of the Guardia Civil with White Distinctive.

María Jesús Almazor studied Telecommunications Engineering at the UPC. She has spent her entire working life in the Telefónica Group, where she began in 1994 as a radio network optimiser at Telefónica Móviles España. In 1998 she was appointed head of Telefónica Móviles for the Planning, Design, Creation and Maintenance of the mobile network in Catalonia. In 2006 she became Operations Director of the Northern Territory of Telefónica España and in 2012, Territorial Director of the Southern Territory. In 2018 she was appointed CEO of Telefonica Spain, until April 2021, when she became CEO of Telefonica Cyber & Cloud Tech, where she is leading the Telefonica group’s project in the cybersecurity and cloud businesses.

María Paula Camacho is the current vice-president of Corporate Affairs and general secretary of Ecopetrol, the largest company in Colombia and one of the two largest oil companies in Latin America. She is a lawyer from the Universidad Javeriana, specialising in Commercial Law from the University of Paris. She has 24 years of experience in the Ecopetrol group, in which she has served as general secretary of Cenit and Ocensa (hydrocarbon transport) and as legal manager of new businesses and corporate of Ecopetrol. With a solid knowledge of the energy world, María Paula has a strong corporate background, with an emphasis on public positioning and CSR.

Gonzalo Martín-Villa is CEO of IoT & Big Data at Telefónica Tech. Previously, he was CEO of Wayra since its inception in 2011. He has also been Director of the General Technical Secretariat of Telefónica Latin America for five years. He holds a Law Degree from the Complutense University of Madrid, an LLM from Georgetown University and an MBA from IESE Business School – University of Navarra.

Marisa de Urquía, director of the Wholesale Business area of Telefónica España. A Telecommunications Engineer from the Polytechnic University of Madrid and Executive MBA from the Instituto de Empresa in Madrid, she has been a member of the Telefónica Group since 1995. She began her professional career at Enagás in 1994, and at the end of 1995 she joined Telefónica Móviles España in the Customer Engineering area. In 2019 she assumed the General Management of the Central Territory and became a member of the Management Committee of Telefónica España. In 2021 she was appointed Director of Transformation Projects and European Funds at Telefónica España.

With these additions, the different advisory boards are composed as follows: