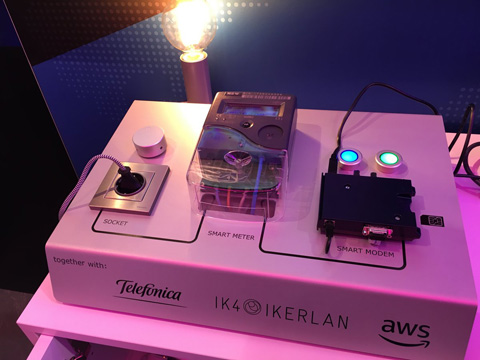 Vicente Muñoz, Chief IoT Officer of Telefónica said: “This solution is part of Telefónica’s strategy to help its customers connect their IoT devices to the cloud. Security is a priority for Telefónica and this solution helps secure connection of devices to AWS IoT, bolstering cellular connectivity and SIM cards as key enablers of IoT security.  This solution is the first initiative from the recently created Telefónica IoT Security Lab whose goal is to provide comprehensive and secure IoT solutions to our customers”.

Telefónica’s IoT connectivity platform identifies the cellular device’s connection, enrols the device automatically on AWS IoT and sends the credentials to the SIM card over the air, without the need of provisioning any key or credential on the device previously. Developed together with ElevenPaths, Telefónica cybersecurity unit, this out-of-band credentials delivery adds a second factor authentication for the device that significantly increases security. The certificate delivery is based on standard 3GPP SIM management technology which makes this solution available for any IoT SIM card from Telefónica.

The solution is being demonstrated at GMSA’s Innovation City stand at MWC.