·Extremely low latency, higher bandwidth and far superior network speed are the keys that will mark the sector in the coming years.
·Ten influencers and pro players took part remotely and in real time from Barcelona, Madrid and Lleida in the 5G Wild Rift Cup held entirely on a commercial 5G network.
·MWC22 attendees will also be able to take part in the Dirt 5 Time Trials Challenge thanks to cloud gaming on a commercial 5G network. 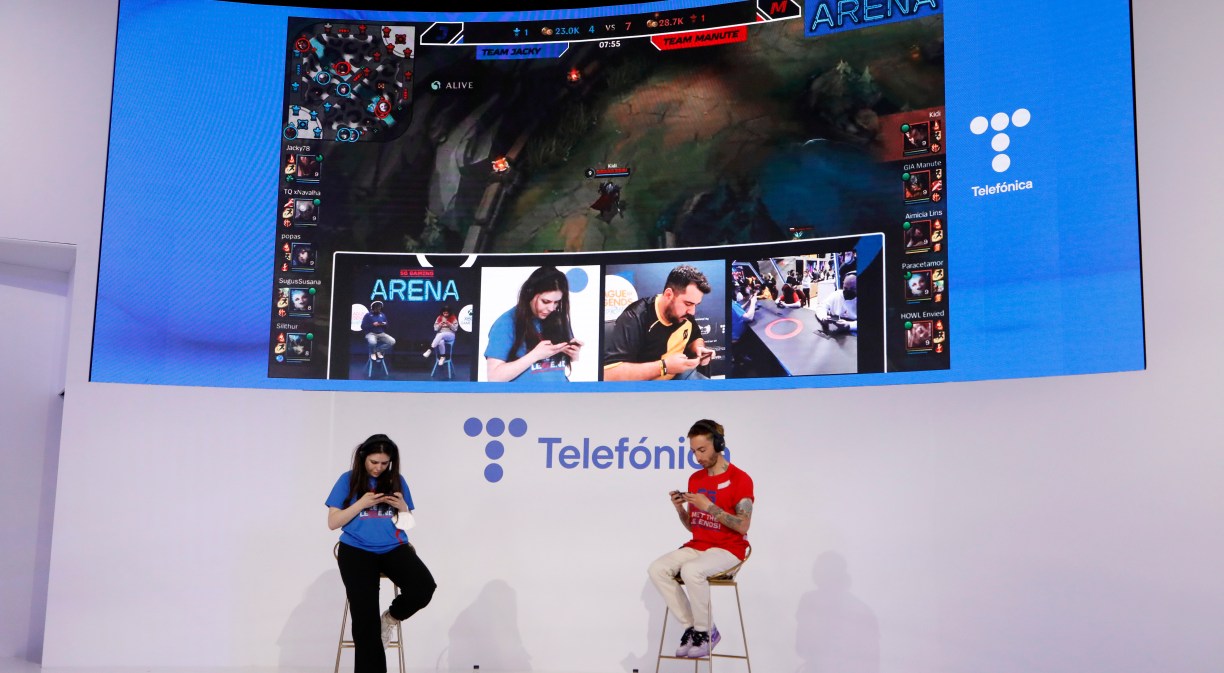 Riot Games, Xbox, Samsung, Sirt and INDESCAT and the Vicepresidència i de Polítiques Digitals i Territori department of the Generalitat de Catalunya have also supported the project.

5G Wild Rift Cup, held in collaboration with Riot Games and Samsung, features ten prominent influencers such as Manute and Jackie (5 million social media followers altogether) competing against different pro players in a game of League of Legends: Wild Rift, one of the most popular mobile video games of the moment with terminals connected to the conventional 5G network.

The demonstration took place in 4 different locations: the MWCapital and Telefónica booths at MWC22, the Movistar eSports Center in Madrid and in the 5G laboratory of the Ponent 5G Area located in the Lleida Chamber of Commerce. Jackie, Navalha, Lazypopa, Sugus Susana, Silithur, Manute, Zeiling, Kidi Paracetamor and Rafa Escribá have competed in it. During the competition, commented by LVP casters Shiki and Toad, both participants and visitors could appreciate the quantum experience leap 5G technology brings to eSports.

The second demo consisted of an individual time trial race on the Dirt 5 video game circuits with Samsung 5G mobile terminals on the official GHME Europe platform, a competition platform powered by Big C that uses advanced artificial intelligence algorithms, blockchain technology and big data to turn eSports into something far beyond a simple championship experience. The video game is not downloaded but remains in the cloud (Xbox Cloud Gaming with Xbox Game Pass Ultimate), allowing us to enjoy the next-generation video game experience without relying on mobile hardware thanks to 5G connection, which allows large volume data downloading in real time.

Thanks to the collaboration of INDESCAT, Asobu, Edojo, GHME, United Gamers, Competize, BIG-C and SevenMila, the daily winners of the Dirt 5 Time Trials Challenge will be awarded an NFT by Edojo featuring 5 hours in Asobu’s streaming room or bootcamp, 3 free League of Legends training platform sessions and 2 sessions of nutritional advice and a physical exercise for gamers from United Gamers. On top of that, winners will enjoy 1 free year of Competize’s competition organization software, a Gamers Gym App free subscription, 1-day access to Big-C’s facilities and 6 packs of 5 hours to Seven Mila’s Colosseum e-Sports Cornellà game.

In addition, Xbox contributes a wide range of games through Xbox Game Pass Ultimate (Ori and the Will of the Wisps, Hades, Psychonauts2, Minecraft Dungeons and Dirt 5) to this demo.

The video game industry, a sector on the rise

The video game sector is one of the most popular entertainment industries. According to the consulting firm Newzoo, there are currently around 3,000 million people playing video games worldwide, with the sector’s turnover exceeding 180,000 million dollars. According to Aevi, in Spain the sector had a turnover of 1,747 million euros in 2020, 18% more than the previous year.