OSM was originated as an operator-led initiative to meet the requirements for orchestration of production NFV networks. The project is focused on delivering an open source Management and... 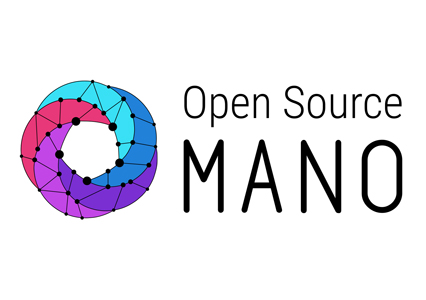 Barcelona, 22nd February, 2016.- A total of 23 Service Providers and Solution Vendors have announced their intent to join the Open Source MANO (OSM) Community in the Mobile World Congress being held in Barcelona focused on delivering an open source Management and Orchestration (MANO) stack aligned with ETSI NFV Information Models.  OSM has been created under the umbrella of ETSI and it is an operator-led community to meet the requirements of production NFV networks such as a common Information Model (IM) that has been defined, implemented and released in open source software.

OSM’s charter consists of working with the community to deliver a production-quality open source MANO stack under Apache Public License 2.0. The initial OSM code base is already capable of orchestrating complex NFV use cases using vendor-neutral Information Models capable of capturing all the significant features of the E2E service and the requirements of the individual components (Virtual Network Functions — VNFs).

Having a community-based code capable of orchestrating NFV scenarios, creates also a high degree of certainty around the information model that is consumed, allowing the vendors to deliver their solutions rapidly and in a cost-effective manner to their customers. Thus, OSM is expected to enable a wide eco-system of NFV components —Virtual Network Functions (VNF) and MANO solutions— compliant with such modelling,

OSM’s project scope covers both Resource and Service Orchestration to allow automated deployment and interconnection of all components, both for NFV network scenarios and the management of Network Service Life Cycles.

An OSM project ignition demonstration in the Intel booth at MWC2016

The OSM project ignition demonstration is available in the Intel booth Hall 3, 3D30 at MWC2016. It showcases the feasibility of the first selection of operator use cases.  Starting with seed code contributions and using commercial VNFs, it proves the key guiding architectural tenets of OSM such as layering, abstraction, modularity and simplicity, and it delivers functionality for end-to-end automation, Enhanced Platform Awareness (EPA), SDN underlay control, multi-site capability, multi-VIM capability (OpenStack and OpenVIM) while supporting a combination of multi-tenant and single-tenant VNFs and connections to external physical lines.

The goal of the demo is to demonstrate resource orchestration (RO) through several VNF deployments, at different sites and with different VIMs and EPA support. The use case demonstrates how the initial implementation of OSM can be used to deploy a high performance inter site router infrastructure that can be used to build a VPN service on top which, in turn, can chain value-added services such as corporate VoIP (instantiated as an IMS deployment). All this can be rapidly deployed using the OSM stack and relying exclusively on VNF and NS descriptors, with not need of per-use case particularization at NFVI, NFVO or OSS levels.

“ETSI OSM complements the work of the ETSI NFV ISG and vice versa. It will provide an opportunity to capitalize on the synergy between standardization and open source approaches by accessing a greater and more diverse set of contributors and developers than would normally be possible. This maximizes innovation, efficiency and time to market and ensures a continuing series of conformant reference implementations,” said Luis Jorge Romero, ETSI Director General.

“Management and Orchestration (MANO) is a crucial component in network virtualization architecture. Telefónica has long been working from the point of view of innovation in its development. A first result and seed of OSM is OpenMANO, a highly functional framework pioneering the first open source NFV Orchestration and Management stack and, currently, a key component of Telefónica’s NFV Reference Lab. By joining this community, we aim to accelerate the development of MANO while recognizing the value of open-source implementations of NFV and a need to harmonize efforts there” said Antonio Elizondo, Head of Network Virtualisation Strategy and Technology, Global CTO Unit, Telefónica.

“Canonical’s Juju provides open source, generic application modelling, which enables OpenMANO to focus on industry-specific orchestration challenges, and is central to the delivery of the OSM project stack. The use of a generic VNF manager such as Juju enables industry to collaborate and crowd-source expertise in performance, security and integration. We are delighted to participate in OSM,” said Mark Shuttleworth, Founder, Canonical.

“OpenStack has been a key enabler for radical transformation in the telecom industry, but there is still important work to be done in bridging the OSM and OpenStack communities and projects,” said Boris Renski, CMO, Mirantis. “Mirantis pioneered a popular NFV orchestration project in OpenStack (Murano), which today is used and co-engineered by carriers and telecom vendors such as AT&T, Saudi Telecom, Comcast, Telefonica, Fujitsu, Cisco, Huawei, and countless others. The formation of OSM will unite us in driving projects like Murano forward,” said Boris Renski, Chief Marketing Officer, Mirantis

“The ETSI Open Source MANO (OSM) initiative will facilitate the development of open source software for management and orchestration of future networks. Knowledge, capabilities and solutions within this area will be of critical importance to Telenor when virtualizing the network for increased flexibility, faster service delivery, rapid innovation and operational efficiency,” said Patrick Waldemar, Vice President, Telenor Research

The company has a significant presence in 21 countries and over 327 million accesses around the world. Telefónica has a strong presence in Spain, Europe and Latin America, where the company focuses an important part of its growth strategy.