Telefónica extends its cybersecurity offering to the IoT environment

Presents at MWC the first technology for detecting and analysing threats Madrid, 15 February, 2016.- ElevenPaths , a subsidiary of Telefónica specialising in cybersecurity, will present... 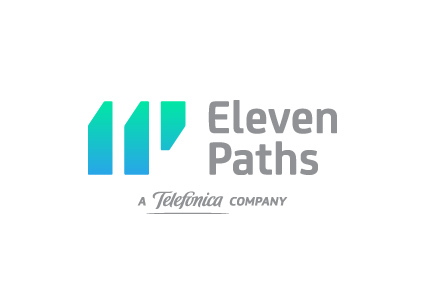 Presents at MWC the first technology for detecting and analysing threats

Madrid, 15 February, 2016.- ElevenPaths, a subsidiary of Telefónica specialising in cybersecurity, will present at Mobile World Congress,  that begins on 22nd February in Barcelona , the first technology available on the market designed to counteract cyberattacks on the Internet of Things (IoT). Known as Faast, a renowned technology developed by the company, it specialises in detecting and analysing security threats to organisations based on persistent pentesting which now includes the detection of vulnerabilities in IoT.

Faast is not only the first technology solution of this type, but also provides companies and organisations with an integral cybersecurity solution that protects them from threats to traditional devices connected to their systems and also others pertaining to IoT such as web cams, printers, routers, video- conference systems or televisions also connected to the corporate network.

With the new features incorporated by Faast, companies can continually scan IoT devices connected to the organisation, thanks to the use of real attack techniques, making their networks more robust and in this way counteract future attacks. Once the devices have been identified, the technology detects the current vulnerabilities. Failures include insufficiencies in authentication or authorisation processes, insecure network services or lack of encryption when transmitting information. The user can manage these and other vulnerabilities pertaining to all IoT devices through Vamps, an online site.

“Traditional periodic security checks don’t make sense anymore because the changes in the infrastructure, the emergence of new vulnerabilities and different bugs are continuing”, says Chema Alonso, CEO of ElevenPaths. “The evolution of Vamps & Faast towards IoT will allow companies to rely on a persistent pentesting and vulnerability management system that will facilitate the quick discovery of new connected devices and possible bugs, thereby reducing the exposure time of these devices to these threats”.

The sheer size of the IoT phenomenon in a hyper-connected society is exposing companies to dangers unknown up to now, hence the importance of early detection of security attacks that threaten IoT devices. This is one of the conclusions of the report “Scope, scale and risk like never before: Securing the Internet of Things” recently published by ElevenPaths and the area of IoT of Telefónica to which other organisations and companies working in this arena have contributed such as SIGFOX, the IOT Foundation and Kaspersky Lab.

This new analysis capacity by Faast of IoT, completes the portfolio of different security solutions for IoT currently on offer by Telefónica, such as Trusted Public Key Infrastructure that facilitates the identification and authentication of IoT devices connected to the network; Security Monitoring, which detects unusual behaviour of IoT devices based on its network traffic; and CyberThreats, capable of detecting and identifying the modus vivandi of the cybercriminals, and the methods used in attacks against IoT infrastructures.

Telefónica is one of the largest telecommunications companies in the world by market capitalization and number of customers with a comprehensive offering and quality of connectivity that is delivered over world class fixed, mobile and broadband networks. As a growing company it prides itself on providing a differential experience based both on its corporate values and a public position that defends customer interests.  The company has a significant presence in 21 countries and a customer base of over 327 million accesses around the world.

Telefónica has a strong presence in Spain, Europe and Latin America, where the company focuses an important part of its growth strategy.   Telefónica is a 100% listed company, with more than 1.5 million direct shareholders. Its share capital currently comprises 4.864.341. 251 ordinary shares traded on the Spanish Stock Market and on those in London, New York, Lima, and Buenos Aires.

At ElevenPaths we believe in the idea of challenging the current state of security, a feature that should always be present in technology. We continually rethink the relationship between security and people with the aim of creating innovative products that are capable of transforming the concept of security, so we are always one step ahead of our attackers, who are increasingly present in our digital life.