Telefónica as a Benchmark in the World of Telecommunications

Digitalisation has proven to be a key tool in critical situations, so much so that connectivity has kept people, companies, hospitals, schools, public administrations, etc. running. In short, it has made it possible for societies to keep going, even in the worst scenarios. And it continues to do so. 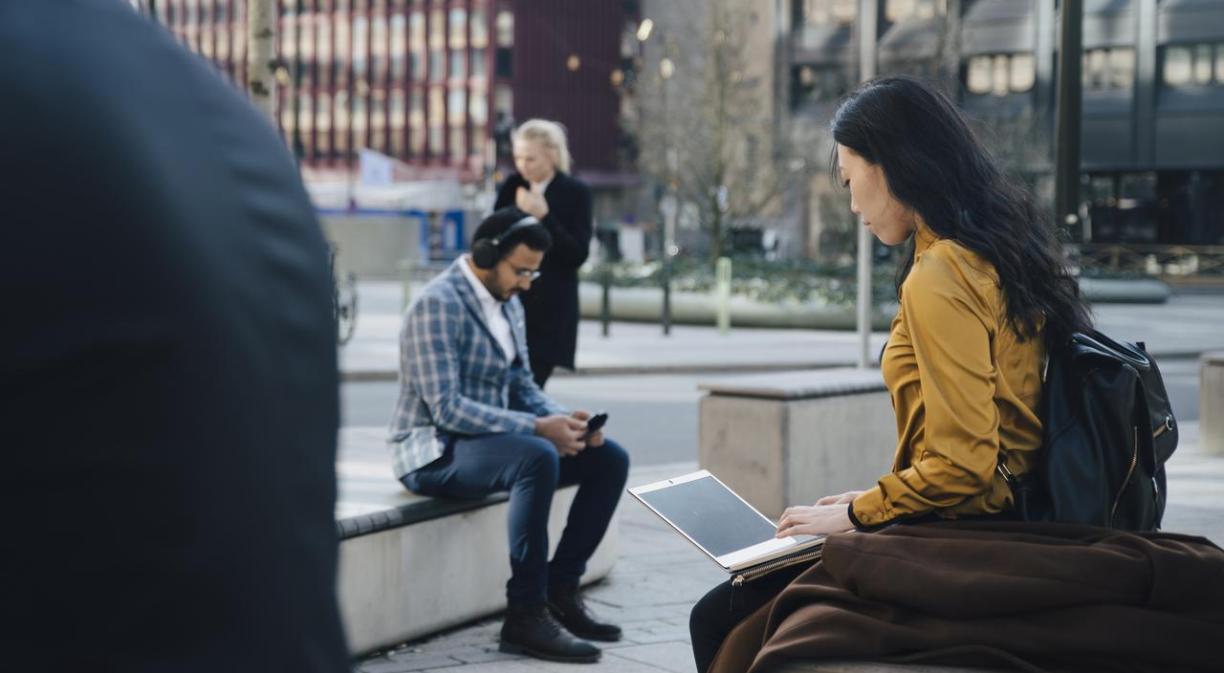 The concept of daily improvement is the driving force behind innovation. It is constant work aimed at connecting people to what matters most to them. They are a source of progress and modernity. Telecommunications companies make the world go round, ensuring that nothing stops. And in Spain, Telefónica is an international leader.

Companies’ role of providing telecommunications services has long been essential for the development of social and economic activity, and they are synonymous with progress and improvement in the quality of life of people and the environment. And just like a country having a powerful transport network with various routes, having a developed telecommunications network helps to boost all kinds of activities that are beneficial to all. Moreover, digitisation is crucial for economic recovery and for tackling the issues left behind by the coronavirus health crisis, the consequences of which are still impacting businesses and citizens.

Companies in the telecommunications sector have a considerable specific weight in all economies, and that is why it is crucial for them to be the best in their sector, in order to continue growing to show that what they do, they are doing well. For example, in 2020, according to information compiled by the Statista portal, Movistar was among the “10 most valuable telecommunications brands worldwide”, with the American firm AT&T at the top of the ranking, holding a brand value of over 100 billion dollars. Second place went to Verizon, also from the USA, with a value of around USD 95 billion. The Spanish operator has joined this great club alongside other major carriers such as Xfinity, Deutsche Telekom, China Mobile and Vodafone.

In 2019, the Spanish company became the European telecommunications carrier that was the most valued by executives, according to Fortune magazine’s annual ranking of “The World’s Most Admired Companies”. The prestigious publication lists the world’s most admired companies based on their reputation.

Within the sector, Telefónica comes in third, directly behind the North American companies of AT&T and Verizon, and is the only Spanish company of any sector to appear in the prestigious list. The carrier ranked ahead of its direct competitors in those markets where it is present.

On its part, Telefónica Tech has been recognised as a leader in the IDC MarketScape analysis of managed security services (MSS) providers in Europe. The “IDC MarketScape: European Managed Security Services 2022 Vendor Assessment” report assesses companies in the managed security market on their ability to meet the evolving needs of MSS customers in the short and long term.

This recognition is the result of the Intelligent Managed Security Services Provider’s continued commitment to the strategic development of managed security services and the confidence its customers place in it by choosing it to execute their digital transformation plans quickly, thus protecting their businesses.

Telefónica as an IoT connectivity benchmark in the Magic Quadrant

Also, for the eighth consecutive year, the Spanish carrier has been recognised as a leader in the 2022 Gartner Magic Quadrant for Managed IoT (Internet of Things) Connectivity Services worldwide. The Gartner report, which analyses the execution and vision of players in the global IoT market, values Telefónica Tech’s strong local presence and commercial strength. The market also positively values the company’s commitment to the development of platforms, such as Kite, a globally deployed platform, hosted in the cloud to ensure accessibility at any time and from any place via web or API.

The company currently has more than 40 million IoT connections worldwide, and continues to grow strongly with new internet access technologies such as NB-IoT. In addition to having sufficient capabilities to deliver a quality service, it has also created an efficient combination of connectivity platforms and other IoT and Big Data solutions with the professional talent required to provide the necessary support.

By including its value chain among its commitments to achieve zero net emissions, it has joined the Supplier Engagement Ranking 2021 as a global benchmark for its actions against climate change. This leadership is reflected in its targets, given its plans to reduce its value chain emissions by 39% compared to 2016 by 2025, and to achieve net-zero emissions by 2040. As of today, it has already achieved a reduction of 27.4% in this regard.

This ranking is made up of 520 companies and rates companies’ effectiveness based on the involvement of their supply chains in climate change matters. Telefónica has had a Climate Change Office for 16 years and participates in the 1.5 °C Supply Chain Leaders initiative, which advocates for the reduction of SMEs’ emissions, among many other actions with which it contributes to caring for the environment.

A company is an example of leadership when it is aware that its greatest assets are its human assets. Taking care of the people who make up a company is crucial in order to attract talent and to direct all this capacity towards offering innovative solutions and building the trust of both clients of all kinds as well as collaborators.

Diversity management enriches organisations, and it is difficult to quantify all that it contributes to work environments. By 2020, the Federación Estatal de Lesbianas, Gais, Trans y Bisexuales, FELGTB (Spanish National Federation of Lesbians, Gays, Transsexuals and Bisexuals) had already designated Telefónica as a benchmark and as one of the 15 companies with the best inclusion policies regarding diversity in sexual and romantic orientation and gender in Spain in its EMIDIS Report. The carrier has also been recognised as one of the top 25 most diverse and inclusive companies in the world, according to the D&I index compiled by Refinitiv, which includes a total of 100 companies.

The challenge: technology at the service of the people

Telefónica is currently present in 13 countries and is one of the leading companies in the global telecommunications sector. Germany, the United Kingdom, Brazil and Latin American countries such as Argentina, Chile, Mexico, Uruguay and Central America.

The future lies in digitalisation and 5G is an essential tool to achieve it. The technology company has been a pioneer in the development of a model for the deployment and management of the latest generation fibre, and has managed to revolutionise the life of the country thanks to the collaboration with its strategic partners as well. The arrival of 5G in important sectors such as industry, healthcare and education already demonstrates that connectivity is necessary for further progress.

And the support that the 5G network offers other technologies such as Big Data, the Internet of Things, Edge Computing, Blockchain and Cybersecurity is the ingredient for continued growth. And the challenge, as a company, is to bring all these innovations not only to smaller companies, but also to citizens, and thus in fact bring technology closer to people.