Movistar ventures into the video game industry with Xbox 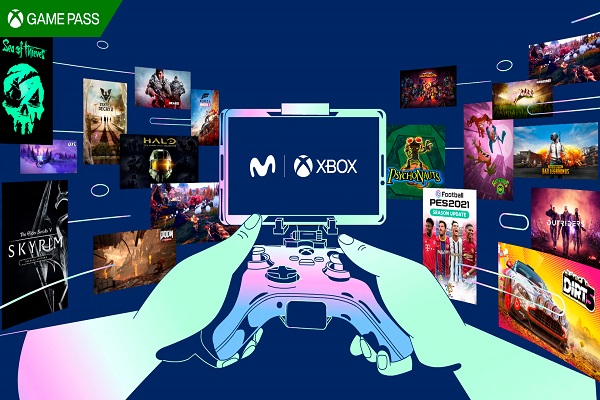 A pioneering partnership between Movistar and Microsoft, Movistar is the only telecommunications company in Spain that currently offers this service to its customers.

Specifically, Xbox Game Pass Ultimate allows you to play games from the cloud on your Windows PC, mobile phone, or tablet. It also gives access to a wide variety of games across many genres, with new titles being added to the service all the time.

Sergio Oslé, CEO of Telefónica Spain said: “This partnership with Xbox is very important in Telefónica’s strategy and allows to offer Movistar customers our first major gaming product. In addition to fiber, home connectivity and 5G are now essential services for gamers. Telefónica has a strong position in this sector because gamers are users who highly value connectivity. Let’s remember that, without connectivity, you can’t play video games with friends or with anyone else in Spain or anywhere else on the planet. With this partnership, we will be able to offer the best connectivity with the best content, so that Movistar’s gamer customers can enjoy wherever and however they want.”

For his part, Alberto Granados, President of Microsoft Spain, has highlighted: “Xbox Game Pass gives us the opportunity to reach the world’s 3 billion gamers by making gaming more accessible. Having a high-speed connection helps us offer the user a better experience as well as take full advantage of the capabilities of Xbox Game Pass and Cloud gaming with Xbox Game Pass Ultimate. Therefore, working with a partner like Telefónica, and more specifically with Movistar in Spain, becomes a key step to offer the maximum gaming possibilities via any device, following Xbox’s strategy of putting the player at the center of everything we do.”

With this partnership, Movistar advances in its entertainment and Digital Home strategy, supported by the fiber network that is the best rated by users and the most extensive in the country, along with an extensive 5G network, which already reaches 80% of the population, and the Smart WiFi App, which allows Movistar customers to manage their WiFi network. In addition, it will also optimize and make the connection more stable for a better gaming experience.

Blog
#Metaverse
How to invest in the metaverse: a guide and actions you need to know about
Blog
#eSports
These are the trends in eSports in 2022
Blog
#Videogames
New technologies: Key impact on video games