·The GSMA Chair goes to a Spanish company for the first time in the association's history. 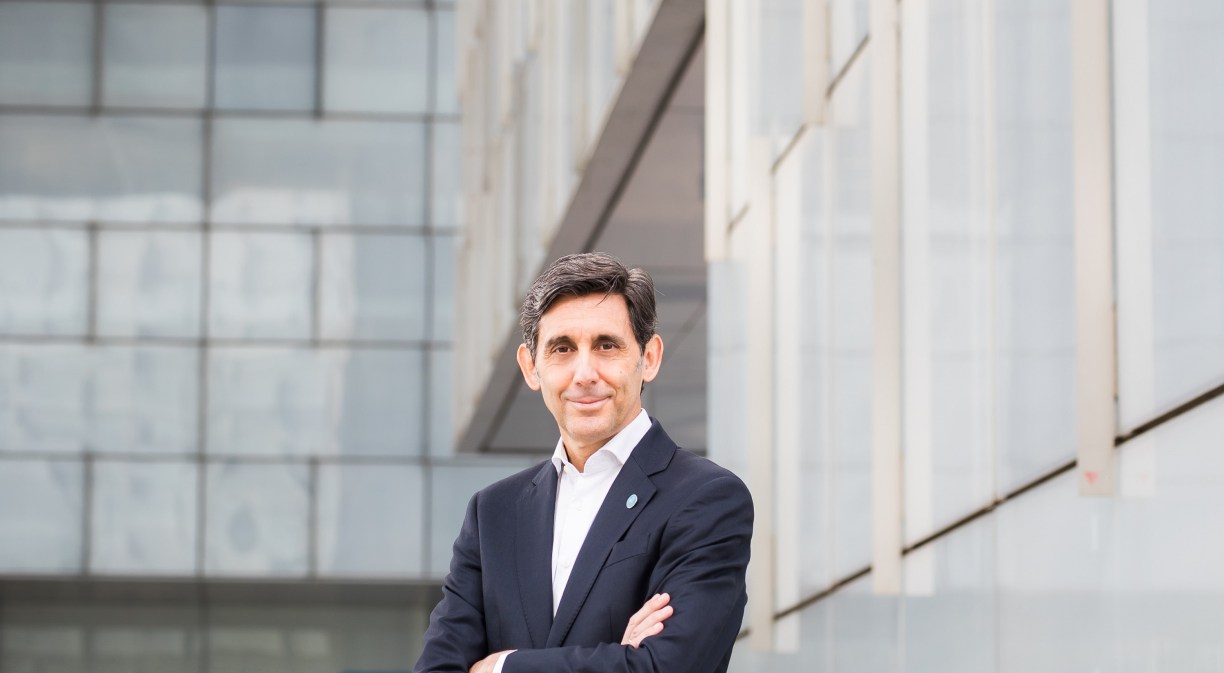 Telefónica Chairman José María Álvarez-Pallete has been elected as the new Chairman of the Board of the GSMA, the association of the world’s largest telecommunications groups and smaller independent operators.

With this election, the GSMA Chair will go to a Spanish company for the first time in the association’s history.

Telefónica’s Chairman joins the GSMA as Chairman of the Board at a crucial time, when connectivity and telecommunications infrastructure have never been more important, and the world is witnessing a technological revolution that brings with it a new paradigm.

“I am very proud to join the GSMA as Chairman representing the global mobile ecosystem. Technologies such as 5G, edge computing, cloud, cybersecurity, AI and IoT have redefined the way society operates and interacts, paving the way for the metaverse, the web3 and the new digital age”, said Telefónica’s Chairman.

Álvarez-Pallete will contribute from the GSMA to the strengthening and development of these technologies, and he will do so without losing sight of the human dimension and the values that should govern digital transformation. “Progress in digitisation must include responsible leadership to drive growth, job creation, sustainability and accelerate digital inclusion. I look forward to supporting the GSMA in driving these critical issues forward,” he said.

More than 400 companies and 25 million jobs

The GSMA represents more than 400 telecommunications companies worldwide, generating more than 25 million direct and indirect jobs. Mobile technology has generated USD 4.4 trillion in value added, representing 5.1 per cent of global Gross Domestic Product (GDP). By 2025 it will reach $5 trillion, with the development of 5G as the ultimate lever for productivity and efficiency.

The Chairman of Telefónica will become President of the GSMA in the month that will end with the celebration of one of the association’s major annual events, the Mobile World Congress (MWC) in Barcelona. Barcelona will host this year’s edition between 28 February and 3 March, an event that will showcase the latest trends and developments in the sector, the most cutting-edge value propositions and the enormous potential of technology, digitisation and mobile telephony.

Alongside MWC, Barcelona will also host 4YFN, the GSMA’s startup event to support entrepreneurs, investors and companies to connect and launch new projects together.

Telefónica is one of the world’s leading telecommunications service providers. The company offers fixed and mobile connectivity, as well as a wide range of digital services for individuals and businesses. It is present in Europe and Latin America, where it has more than 365 million customers. Telefónica is a fully private company whose shares are listed on the Spanish stock exchanges and on the New York and Lima stock exchanges.

The GSMA is a global organisation unifying the mobile ecosystem to discover, develop and deliver innovation foundational to positive business environments and societal change. Our vision is to unlock the full power of connectivity so that people, industry, and society thrive. Representing mobile operators and organisations across the mobile ecosystem and adjacent industries, the GSMA delivers for its members across three broad pillars: Connectivity for Good, Industry Services and Solutions, and Outreach. This activity includes advancing policy, tackling today’s biggest societal challenges, underpinning the technology and interoperability that make mobile work, and providing the world’s largest platform to convene the mobile ecosystem at the MWC and M360 series of events.