Industry 4.0, the fourth industrial revolution is under way

New smart technologies have enabled the digital transformation of the industrial sector in what has come to be known as Industry 4.0, which represents a fourth industrial revolution, changing the way companies manufacture, improve and distribute their products. 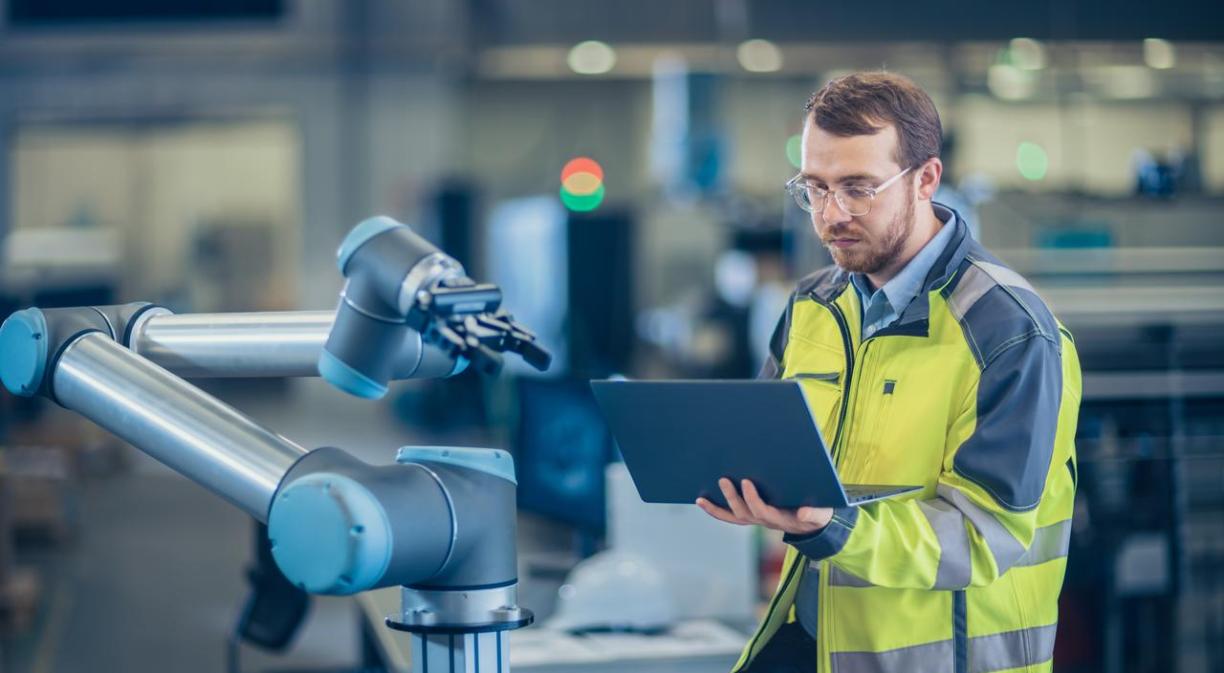 Industrial revolutions occur throughout history thanks to a particular disruptive technology that changed the way of being and being in the world at the time.

In this paper, the German economist defines this process as “The Fourth Industrial Revolution generates a world in which virtual and physical manufacturing systems cooperate with each other in a globally flexible manner”.

It is an industry based on smart factories where new technologies such as the Internet of Things (IoT), cloud computing and analytics, Artificial Intelligence, robotics, augmented reality or machine learning are integrated in their production facilities and in all their operations.

This new industry concept enables everything in its supply chain to be “smart”, i.e. from manufacturing to warehousing to logistics, and is a further part of the company’s digital transformation.

These smart factories are equipped with a series of elements and instruments, such as advanced sensors, embedded software and robotics that allow data to be recorded and analysed for better decision making.

However, the scope of this revolution is not just about smart and connected systems, but goes beyond that. We are talking about a process ranging from genetic sequencing to nanotechnology, and from renewable energies to quantum computing.

This allows for more automation, better maintenance, automatic optimisation of the various processes and improved responsiveness to customers.

Within the different digital technologies that make this fourth Industrial Revolution possible, Artificial Intelligence is the one that assumes the main role, although always connected to the other technologies that shape the data and knowledge economy

In this way, as stated in the Telefónica Foundation‘s report Digital Society in Spain 2022, the transition towards more agile and versatile production models, the automation of activities and the acceleration of the responsible exchange of data to solve critical challenges and spur innovation is favoured.

“The country that masters artificial intelligence will lead the fourth industrial revolution,” says Nuria Oliver, who  holds a PhD in Artificial Intelligence from the Massachusetts Institute of Technology.

This is evidenced by the fact that the major powers are already engaged in a competition to develop the best intelligent systems before anyone else.

This race is led by China and the United States, with the European Union lagging behind, although in recent years there has been an institutional drive to strengthen it.

According to the Telefónica Foundation study, in 2020, the US government invested 4.5 billion euros in research and development in Artificial Intelligence, while in China, with data provided by the consulting firm McKinsey, we know that only the cities of Shanghai and Tianjin have an investment plan of up to 13.5 billion euros in this concept in this decade.

As for the European Union, the Commission plans to invest €1 billion a year in AI from its Digital Europe and Horizon Europe programmes, with the aim of attracting more than €20 billion of total investment in AI per year in the EU over the next decade. The Recovery and Resilience Mechanism will help to accelerate investments and go beyond this objective, they stress.

However, the biggest differences between countries and regions are to be found in private investment. A section in which the United States stands out thanks to the fact that it invested up to twenty times more than the EU in artificial intelligence and big data, between 2018 and 2020.

According to McKinsey’s “How Nine Digital Forerunners Can Lead on Ai in Europe” report, by 2020 the United States will account for almost half of global investment in AI (46%), followed by China with 36% and Europe with only 8%

In this sense, it should be borne in mind that the empowerment of Artificial Intelligence is essential for large companies, and its development. This is the reason for the great drive and investment in the United States, home to many of the largest technology companies on the planet, such as Amazon, Facebook, Google, Microsoft and Apple, which generally create innovation clusters around universities.

China also has technology giants, such as Alibaba, Tencent and Ant Financial.

The McKinsey index shows that 18 of the world’s 25 largest artificial intelligence development clusters are located in the United States, three in Europe and four in Asia.

This fourth industrial revolution entails a change in business organisations, especially in manufacturing processes, but also in society as a whole.

These changes lead to improved productivity and process automation, as internal decisions are based on data, optimising the entire process from manufacturing to delivery to the customer.

Companies have more information to explore new business models, improve conditions for workers by reducing jobs in hazardous environments, have the option to develop customised products to meet demand, and meet environmental objectives without compromising other business objectives.

As for the negative effects of Industry 4.0, critics point to the possible loss of jobs, especially due to robotisation, where machines take over jobs that were previously done by humans.

However, there are also many new professions emerging with the advent of this plethora of new technologies, and the emergence of new emerging sectors.

In short, this Industry 4.0 is here to stay, like the previous ones, to make industrial processes easier for us, to generate a transformation of both supply and demand, so it is necessary not to fall behind, because whoever lags behind will not have a place in the new market.