China Unicom, THTI and Telefónica Open Future_ focus on agrotech and gaming in the first steps of their partnership to support entrepreneurs 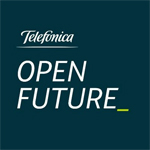 Madrid, 19 August 2015.- Brazilian agrotechnology firm SAA and Chinese online games developer Xcloud Game have become the first companies to benefit from the partnership between China Unicom, Tsinghua Holdings Technology and Innovation (THTI) and Telefónica Open Future_. The partnership is designed to promote mutually beneficial entrepreneurial initiatives within their respective accelerators, and has seen SAA entering the Chinese market, with Xcloud Game travelling in the opposite direction and entering Brazil.

Brazil has 48 million online game users, making it the leader in Latin America and fourth worldwide. The total revenues of this market amount to USD 1 billion and the growth potential is huge. Xcloud Game’s product currently boasts 4 million users in Brazil, with 100,000 playing each day and 600,000 fans on Facebook. The feedback and suggestions it has received have allowed Xcloud to include local maps and features to make its product more attractive to Brazilians. Its next goal is to strengthen the relationship between its team and local players; with this in mind, Xcloud is to locate its Brazilian subsidiary at the Wayra Brazil offices in Sao Paulo.

As for SAA, which began life as an agency dealing with English-language news and offering data services relating to the Chinese agricultural market, it has evolved to become the first online market to connect agricultural technology companies around the world with distributors from emerging markets such as China and Brazil to close deals and improve sales. China and Brazil have very similar agricultural features, which has led to its presence in the two countries; this generates a climate of trust between technology suppliers and farmers which encourages necessary modernisation. Investment in technology for agriculture is expected to reach USD 4.3 billion in the US over 2015, making it the sector with the greatest investment, ahead of the technology applied to the financial and medical sectors. The next step for SAA is to settle at Binggo, the acceleration space co-sponsored by Telefónica Open Future_ and China Unicom, which it will use as its base for the launch of the Smart Ag platform (www.smartagx.com).

Proof of the interest in technology in agriculture activity was the selection of a Spanish company, supported by Telefónica Open Future_, for the final of the Global Innovation Awards 2015 to be held on 25 August in Beijing. VisualNACert (www.visualnacert.com) is a tool for managing information and making decisions in farming ventures. Just by clicking, this tool maximises the efficiency of planting through geo-positioning and visualisation of plots and applying criteria such as quality, health, sowing periods, productivity and map data, among others.  This tool facilitates the visualisation of crops anywhere in the world. An investee of Wayra since 2014, this year’s sales will amount to over EUR 1 million, through operations in Spain, Australia, the US and Latin America.

Voicemod, another company supported by Telefónica Open Future_ is also a finalist at the Global Innovation Awards. The startup offers a solution which seeks to contribute new forms of communication to telephone calls. Its technology is based on a voice modulator with a new user experience, which changes the user’s voice in real time. The mobile application has been downloaded 2.5 million times around the world, with a significant presence in the Chinese market.

Both firms will compete in Beijing with startups from around the globe for a $ 1.5 million prize and a potential investment of $ 15 million.

Ana Segurado, managing director of Telefónica Open Future_, stated that she was satisfied, “because we are seeking the results of the work that we committed ourselves to doing to bring the entrepreneurial markets of China, Europe and Latin America closer together. With the support of our partners, we aim to continue creating ecosystems of entrepreneurs and innovation that invigorates the local economy by attracting and supporting talent.”

China Unicom has subsidiaries in 31 provinces (autonomous regions and municipalities) in China and in other countries and regions across the globe. It is the only Chinese telecommunications operator to be listed simultaneously on the New York, Hong Kong and Shanghai securities markets. China Unicom has featured on the Fortune 500 companies list for several years in a row, being ranked 258th in 2013. China Unicom mainly operates fixed and mobile communications services, national and international communications services, satellite services, data communication services, network access services, value added telecommunication services and integrated information and communication services. In recent years, the performance of China Unicom has improved significantly. The revenues of China Unicom, its customer base and its market capitalisation are among the most significant for the sector globally. In 2014, China Unicom created a subsidiary called Unicom Innovation Venture Capital Ltd. Together with the state administration and the universities of Shanghai, it created the China Unicom Center for International Mobile Internet Entrepreneurship (CIMIE), which offers advice to Unicom Innovation Venture Capital. By combining incubation services and the investment platform, the company will be able to incentivise innovation, capture new opportunities for growth and attract innovative talent.

Telefónica Open Future_ is a global, open programme designed to connect entrepreneurs, startups, investors and public and private organisations from around the world.  Its aim is to steer innovation towards developing viable projects, by means of a model that gives visibility to talent and connects that talent with organisations, investors and companies. Telefónica Open Future_ combines all Telefónica’s initiatives focusing on open innovation, entrepreneurship, investment and transformation (Think Big, Talentum, Wayra, crowdworking spaces, Telefónica Ventures, Amérigo and the CIP platform) and places them within the reach of strategic partners, to enable joint development of specific programmes to support entrepreneurship. The OPEN FUTURE_ universe already boasts investments in over 550 startups worldwide, a network of more than 30 spaces and 62 agreements with public and private partners in Europe, Latin America and Asia. It has invested a total of EUR 647 million, while EUR 733 million has been pledged.

Blog
#Public Policy
The spectrum and the goose that lays the golden eggs
Press room
#ESG
Telefónica reaffirms its leadership in the Ranking Digital Rights 2022
Blog
#Inclusive digitalisation
What is digital inclusion and what are its characteristics?