Working towards the digital integration of the Pacific Alliance

The XII Summit of the Pacific Alliance debates about Digital Agenda among his more relevant topics. 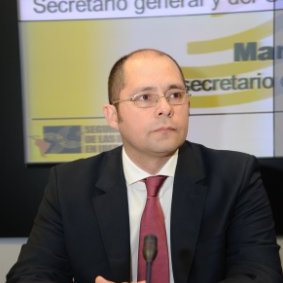 In the next few days, Cali will be hosting the XII Summit of the Pacific Alliance, an economic integration initiative in which Chile, Colombia, Mexico and Peru are participating.  Together these countries account for nearly a third of the population and of the GDP in Latin America and they share, among other elements, an open approach to international trade.

The presidents of the four above mentioned countries will be attending the congress: Michelle Bachelet, from Chile; Juan Manuel Santos, from Colombia, Enrique Peña Nieto, from Mexico; and Pedro Pablo Kuczynski, from Peru, who will come together with representatives of the Observer States as well as regional and international organisations such as the IDB, the ECLAC, CAF and OECD.

One of the distinguishing features of this initiative is that it does not have a permanent secretariat or supranational structure; rather it is based on “Working Groups” composed of government institutions of the member countries under the leadership of the country that holds the pro tempore presidency.

Colombia, as host of this summit, will hold the presidency until the next event in 2018. In Cali, the Working Groups will report on their progress and will present specific proposals in order to continue making progress towards the integration.

These include the DASG (Digital Agenda Sub Group), which was created almost a year ago by presidential mandate under the Innovation Group with the idea of giving a joint vision to the subjects of “Telecommunications” and “E-Commerce”, two of the chapters included in the “Additional Protocol to the Framework Agreement of the Pacific Alliance”, one of its fundamental documents.

As regards the scope of work of this Sub Group, the definition of telecommunications is widely known. On the other hand, E-commerce, according to the definition used by the WTO when the working group on electronic commerce was created, almost 20 years ago was: “the production, distribution, marketing, sale or delivery of goods and services by electronic means”, that is to say, it encompassed both digital services and e-commerce. However, we believe that the Digital Agenda of the Pacific Alliance should recognise and address the differences between these two categories. This is especially true, because in the last 20 years the growth, transformation and the socio-economic impact of digital services cannot be compared with any other time in the history of mankind.

The task entrusted to this group is by no means an easy one. The tsunami of publications, the variety of representatives and the complexity of the issues to debate makes the construction of an agreed vision and establishing regional priorities difficult. Even so, during its first year of existence under the presidency of Chile, this Sub Group has structured its work on the basis of 4 thematic areas: connectivity, economics, government and the digital ecosystem, generating highly relevant results:

At Telefónica, we believe that the debate on the digital agenda of a country or trading block should consider, at least, the following elements for the development of a sustainable digital economy:

In general, there is a consensus on the advantages of addressing the first two elements. The third change, although having the greatest impact on the sovereignty of states, is less obvious. It is part of the foreign policy and requires coordination with other countries to be able to deal with the issues involved.

The states are currently faced with the dilemma of whether to deal with this third element, and if so, to do it individually, in which case its success will depend on the size of the country, or as part of larger political unit, perhaps supranational, which would allow them to join forces to deal with this challenge in a coordinated, pragmatic and effective way.

In this regard, the Pacific Alliance has the opportunity to lead this process and achieve a shared understanding of the public and private sectors, of the existing barriers causing obstacles for the development a sustainable digital economy and, on the basis of joint dialogue to explore ways of overcoming these obstacles.

If the design of the Pacific Alliance’s Digital Agenda focuses on the first two elements and omits the third, we would be letting a unique opportunity slip away and, in the long term, we would be assuming the risk of going down in history as the generation that exchanged the oil or gold of the digital economy (the data) for mirrors (digital services involving consumption).

We should not let ourselves get distracted while doing carrying out this task.