Internet Governance: A Year in Review

December is the month for end-of-year reflections and new year predictions and no topic is riper for this than Internet Governance!   It is interesting to look back on Wolfgang... 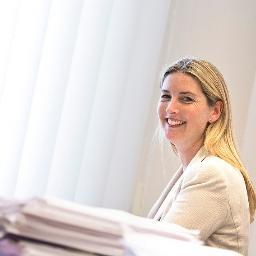 December is the month for end-of-year reflections and new year predictions and no topic is riper for this than Internet Governance!

It is interesting to look back on Wolfgang Kleinwächter’s predictions for 2014, one year on. 2014 could have apparently turned out to be nothing more than a “stumbling forward” year. Some may well argue that 2014 was the Annus horribilis reflected in one of Kleinwaecthers’s three options, with the Internet becoming more fragmented and increasing Government control (one only has to look to Freedom Houses’s 2014 Freedom on the Net report to hear some of those alarm bells ring loud). Under Kleinwächter best-case scenario, we could be dealing with “a more secure Internet, with more freedoms, more privacy and more involved stakeholders”. No doubt, more stakeholders have jumped on board the Internet Governance train, reflecting its current high political priority. However, as to increased security and privacy, that balance has always been a delicate one, with trade-offs.

“It will be an interesting year”, Kleinwächterpromised us, and this much held true! The NETmundial meeting in Brazil dominated discussion in the early part of the year. Fadi Chehadé, ICANN’s CEO, declared in Davos that he was “optimistic but sobered” going into the Brazil meeting and that “a lot of patience and humility” would be required to make the event a success. At the same time, ICANN was trying to figure out its place in the Internet Governance world by putting together a High Level Strategy Panel, the fruits of which we now begin to see at the end of the year. More on that later.

Other Internet Governance projects and initiatives mushroomed up but the big news ahead of NETmundial was the U.S. Government’s historic announcement that it would relinquish control of the IANA functions and hand them over to the global multi-stakeholder community. Whether an ambush of NETmundial or not, many were quick to welcome this news, including ETNO, and it provided an interesting backdrop to the São Paulo meeting.

NETmundial managed to produce, by “rough consensus”, a Multi-Stakeholder Statement, following some heated debate on surveillance and intermediary liability in particular. Many participants, including myself, were cheered to see the multi-stakeholder model work tremendously well on a practical level, with Governments waiting to speak in turn beside civil society, business and academic/technical community speakers. And few could claim not to be moved to see such enthusiastic remote access participation from around the world. It was also refreshing to see the entire business community come together to agree that nothing more detailed on Net Neutrality than what appears in the end Statement could be agreed to at that point in time, such was the complexity of the debate.

As the year moved on, there were more opportunities for NETmundial reflections and Internet Governance debate (WSIS Forum, EuroDIG, ICANN 50 and its High Level Meeting). Net Neutrality was a priority topic for IGF Istanbul in September (Telefonica has blogged in more detail on this), as a direct follow-up to NETmundial.

The ITU Plenipot was anticipated to be the Grande Finale of 2014 and here, most concluded that progress was made (perhaps more of a confident step forward than a stumbling). However, the latest hotly debated issue has been the recently launched NETMundial Initiative, a by-product of the aforementioned ICANN Strategy Panel report. This project-focused initiative aims to translate the NETmundial Principles into actions, leveraging the collaborative and distributed Internet Governance model to problem-solve in an increasingly complex, international policy environment. As so frequently happens in the Internet Governance world, critics have been quick to criticize and admittedly, the quick-off-the-ground set-up has been surprising. However, this Initiative has the potential, with some careful shaping, to solidify some debates, remove ICANN from the constant pressure it faces to address Internet Governance issues (beyond its remit), and involve more stakeholders in the Internet Governance debate. As the outgoing European Commission Vice-President Neelie Kroes stated in June: “NETmundial put us on the right track, but this does not mean that the work is over”, and incoming Vice-President Andrus Ansip appears to have thrown his weight behind the Initiative. Whats more, European business and the European Commission have repeatedly stated that status quo is not an option, we need to evolve and some actions are needed. This change demands courage to take new steps forward, and stumble anew.

At a recent Internet Governance event in Brussels, a speaker mused that Internet Governance could be viewed as being a “canary in a coalmine”, a symptom of a lack of global agreement on many policy issues. This was a sobering thought. However, I then reflected back on Ms Kroes’s intervention at NETmundial where she stated that “in most cases we want the same things….we agree on more than we disagree on….we listen, we discuss and then we reach real decisions”.

And what of 2015? Clearly the NETmundial Initiative debate will continue and most of us hope that the IGF’s mandate will be extended by the United Nations and it is allowed the opportunity to continue to grow as a valued discussion platform. The jury is still out as to whether consultative work will have successfully concluded to allow the global community to take over responsibility for the IANA functions by September 2015 (the date on which the IANA contract expires, with the possibility of renewal), which can only happen if ICANN evolves to be fully accountable. What is clear, however, is that we are still in discussion mode overall and we are some way off from decisions. And knowing the Internet Governance world, 2015 will present its own box of surprises somewhere along the way!