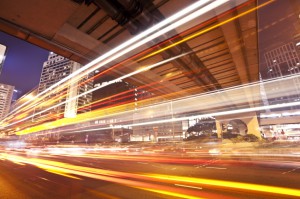 The President of the European Commission, Jose Manuel Barroso, clearly supporting the initiative, stated in October last year that: “The Connecting Europe Facility and the Project Bond Initiative are a perfect demonstration of the added value that Europe can provide. These proposals will help to build the roads, railways, energy grids and pipelines, and broadband networks that are so important to our citizens and businesses. We are closing the missing links in Europe’s infrastructure networks that otherwise would not be built. This investment will generate growth and jobs and at the same time make work and travel easier for millions of European citizens and businesses”.

You can see his whole intervention here.

The telecom sector supports this proposal precisely because we do share this vision: we believe that investing in European infrastructures will boost economic competitiveness and growth, job creation and wealth to European citizens. Furthermore, innovative financial instruments would contribute to reviving the virtuous circle of private investments and financing while multiplying the results of the European Budget.

This plan foresees 50 billion EUR for the development of infrastructures of energy (9.100 mi.), transport (31.700 mi.), and ICT (9.200 mi.) In the ICT sector, the overall proposal of 9.2 billion Euros allocates 2.2 billion EUR to promote the development of broadband-based pan-European digital service infrastructure within the areas of e-health services, cyber security, intelligent energy networks and fight against online child pornography. And the rest, 7 billion Euros, should enable the deployment of NGA network in Europe.

In this context, the EU Budget is vital to support the Europe goals for 2020 and the growth agenda. Last week it took place an informal meeting of Ministers of Foreign Affairs in Nicosia where the Multiannual Financial Framework 2014-2020 have been discussed. Contrary views were expressed about the total amount, the EU own resources and the level of expenditures and financing access of each European policy and programs. Nevertheless one of the main conclusions of the Cypriot presidency is that the EU Budget should be smaller.

In addition, concerning the telecom sector, the European Member States also differs on the access to the Horizon 2020 program for science and research, the Connecting Europe facility on building infrastructure, and other policy areas, which could have seen their allocations reduced.

In this regards and supporting the proposal of the European Commission, Daniel Pataki, ETNO Director, said “ETNO welcomes the Commission’s proposal for a Connecting Europe Facility as a long term financial instrument for cross-border infrastructure deployment.  It is important to safeguard the aim of the CEF proposal, as a financial instrument that leverages infrastructure investments, by lowering investment risks of public and private organizations. ETNO is concerned that a reduction of the fund allocated would seriously endanger the effectiveness of the facility and limit its impact on overall EU economy”. ETNO´s full statement could be read here.

Also the Vice-President of the European Commission responsible for the Digital Agenda for Europe, Neelie Kroes, has expressed her concern pointing out that if we cut the investment in broadband, we reduce the economic growth.  The European Commission recommends rationality and good sense because it makes no sense cutting the policies that will enhance the whole European Union for the future. Invest in innovation is crucial to get out of the economic crisis in Europe. We will follow the debates on this matter during the next months, knowing that in October there will be a Summit to discuss economic governance at the EU level, and a special Summit will be also organized in November to debate the long-term EU budget for the 2014-2020 period. Keep tuned!