Big Data: The #EuropeanDataPortal is Launched

Big Data is the future. This is the assertion that many champions of Big Data make, but… is it true? The truth is that the figures undeniably point to this new technological trend gaining...

Big Data is the future. This is the assertion that many champions of Big Data make, but… is it true? The truth is that the figures undeniably point to this new technological trend gaining prominence. Indeed, study estimates indicate thatbetween 2016 and 2020, the amount of Open Data will increase by 36.9 per cent, which, in economic terms, will be worth 75.7 million euros by 2020. In addition, according to the report, Big & Open Data in Europe: A growth engine or a missed opportunity“, Big Data will lead to an increase of 1.9% in GDP in the eurozone, on this very date, and will generate 4.4 million jobs in 2015.

Data, data, data… that is what Big Data is all about. The processing and analysis of large amounts of data can have significant benefits for our society. The challenge facing us now is to learn how to manage and interpret them effectively. To this end, the European Commission has taken the first step by creating the European Data Portal. This is a new Pan-European open data infrastructure, which was launched during the European Data Forum in Luxembourg, and which provides access to the data published by all the authorities in the countries that make up the European Union, and some neighbouring countries. 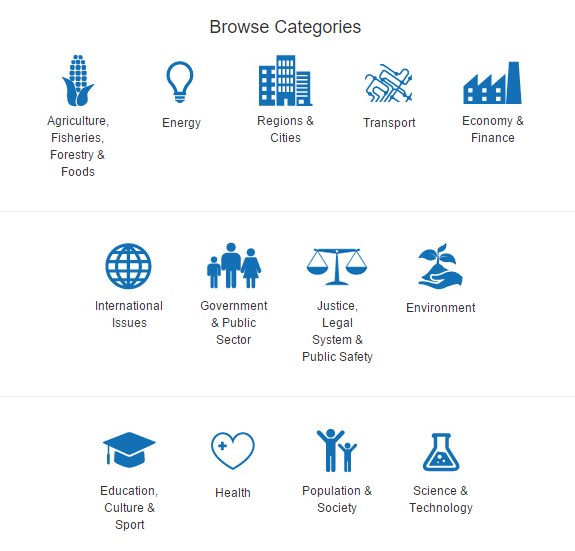 The project aims to provide an answer to one of the 10 major priorities within the framework of the Commission’s single digital market, that is to say, free access to information. Indeed, the first step with regard to Big Data is access to data. The European Data Portal currently has more than 240,000 sets of data from 34 European countries. This information is divided into 13 different categories covering different areas of society, all of which are in different languages.

In an article published by the European Commission, Wendy Carrara, a consultant at Capgemini, points out that this portal will enable developers, businesses, journalists and interested users to access data from across Europe on various topics of interest, and says that, “in this way, the reuse of data will become easier, which, for example, will enable a developer in Bratislava to be in a better position to develop an application based on data published by Oslo City Council, with metadata annotations from Norway.”

Public data is a very useful tool for what is known as Big Social Data. In other words, the use of data to improve people’s lives. How does this work in reality? It is not only Smart Cities, but also, agriculture, for instance, which can benefit from Big Data, for example, through the use of weather patterns to monitor the irrigation of crops, therefore, making them more productive.

At Telefónica, we have also focused on the use of data for social purposes. “Big Data for Social Good“ is a pioneering research department within Telefónica R&D, which seeks to make the world a better place, thanks to Big Data. For instance, cases such as the analysis in Mexico of the impact of the government’s measures to contain the outbreak of swine flu, or the prediction of areas with high crime from the patterns of the dynamics of the city, can improve people’s quality of life.