About the OTT services Views of China in ITU

With the introduction of smart phone and new converged type of applications, such as bandwidth-intensive or sensitive to transmission protocols, and the sharp surge in demand for such...

With the introduction of smart phone and new converged type of applications, such as bandwidth-intensive or sensitive to transmission protocols, and the sharp surge in demand for such applications, traffic requirements of web applications have been continuously increased. Internet traffic, previously centered on text traffic (text-based web), has rapidly evolved to video streaming-centered traffic of highly traffic-intensive services. This is a new phenomenon never experienced until 2008.

Meanwhile, there are also appearing warnings against ISP for their possible strategic behavior of unreasonable traffic management.

Some countries outside the orbit of the United States and Europe are beginning to express concerns about the domestic impact of the services provided by the OTTs. In particular, China and South Korea requested that this matter would be the subject of study reports prepared by ITU, in particular in the Study Groups of the ITU-D (ITU Development Sector), primarily dedicated to promote the development of telecommunications in developing countries .

At the recent meeting of ITU-D SG1, which studies, among others, the question on “Policy, regulatory and technical aspects of the migration from existing networks to broadband networks in developing countries, including next-generation networks, m-services, OTT services and the Implementation of IPv6 “, China and Korea clearly expressed their concerns about some of the ever-increasing challenges and dangers caused by the rise of OTT services. 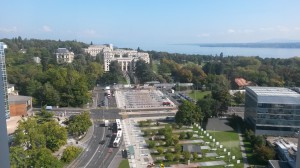 In the opinion of China, with the vigorous development of the broadband network and the mobile Internet, OTT is widely used in Communication and TV industry. At present, it is used to represent the Internet services that transmit through basic telecom network without controlling by telecom operating companies. Tipically OTT services include the following four categories: app store, VOIP (Voice over Internet Protocol), network video and mobile instant messaging. In its speech, China provides some figures: In terms of VoIP, the international telephone traffic of Skype achieves 214 billion minutes in 2013, up 36% from a year earlier, which is much higher than the international telephone traffic of telecom operators at the same period. On the other hand, OTT services have a large impact on the revenue of telecom operators. China’s mobile voice duration and business income rose only 5% and 1.9% in 2013 because this increase was hampered by OTT services in a 6% and 4% respectively. According to the report of Mobile Squared, a British research institution, global mobile operators reduce 100 million dollars every day as a consequence of cheap communications services provided by Skype.

So, the Chinese delegation proposes that participants in the SG1 and the reporter group should pay a high attention to the following aspects for the study work: 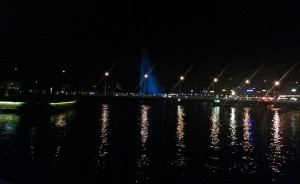 From its part, Korea submits its own proposals related traffic congestion caused by OTT services, but this will be a matter for another post.

Unfortunately, studies and reports prepared by ITU-D SGs fall temporarily within the quadrennial Periods of Study determined by also every four years held WTDC (Conference World Telecommunication Development), and, in this context, although interim reports can be published, four years seems too long to have updated reports.