• Telefónica's Chairman points out that "strategic autonomy must be built on firm internal pillars and will allow a Europe that is more and better prepared to collaborate with its partners, strengthening transatlantic ties, relations between countries and global presence".
• "This is Europe's moment. The great challenges of this digital age require close cooperation between us," said Telefónica's CEO.
• José María Álvarez-Pallete: "Our great challenge is to ensure a fair digital transition. It is time to build a Europe with values". 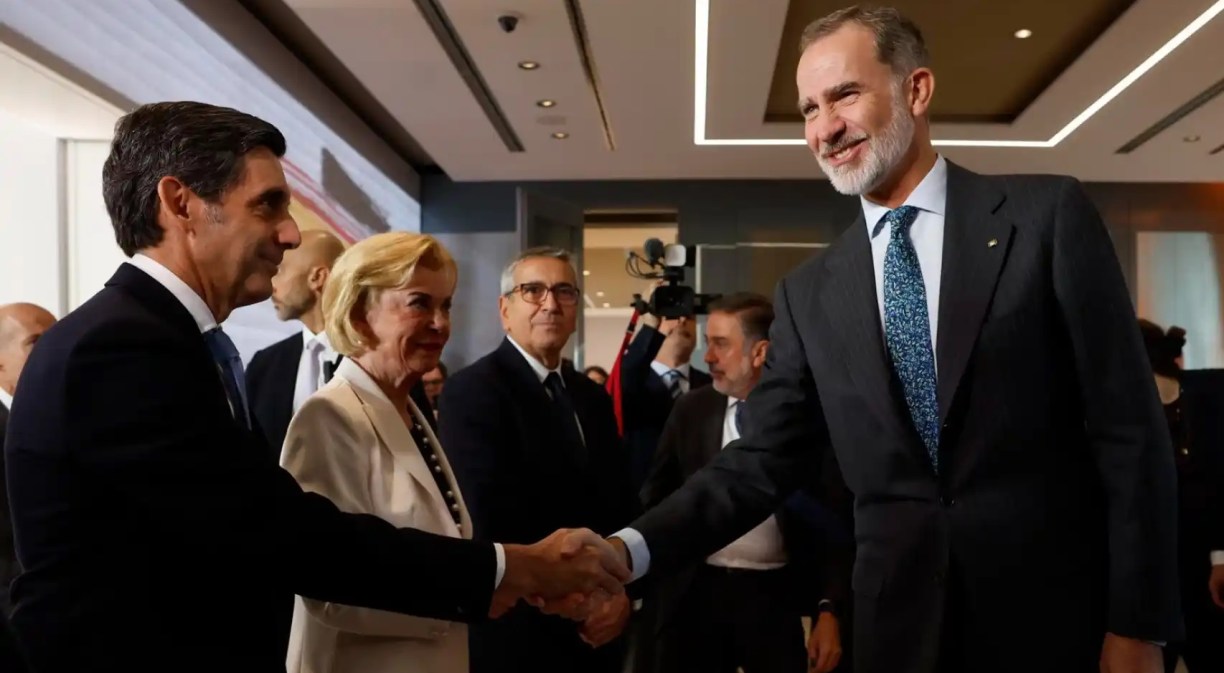 Telefónica‘s Executive Chairman, José María Álvarez-Pallete, analysed the challenges of this new digital era during the 10th German-Spanish Forum, held in Berlin, and said that Europe urgently needs to boost its strategic autonomy to overcome the current serious crisis: “Europe needs to move to the next level with a sufficient European strategic culture to immediately develop Europe’s strategic autonomy”.

Álvarez-Pallete stressed that the concept of strategic autonomy is not a return to old ideas of protectionism and isolationism. “It must be built on firm internal pillars and cannot serve to sow new fields of disengagement. Strategic autonomy must not be understood as a trade-off between Atlanticism and Europeanism. It will enable a Europe that is more and better prepared to work with its partners, and is a fundamental step towards strengthening transatlantic ties, inter-country relations and global presence. Strategic autonomy gives us the strength of the union and makes us all stronger.

“Progress needs to be made in European projects such as artificial intelligence, security, defence, information, communications, with smart fibre, 5G and edge computing at the forefront. Telecoms play a key role for Europe’s strategic autonomy, because they are the gateway to the future. That is why it is so important to have a robust and sustainable telecoms sector,” added José María Álvarez-Pallete, who also chairs the Board of the GSMA, the association that encompasses both the largest telecoms groups and smaller independent operators with a global reach.

Álvarez-Pallete concluded by warning about the risks of facing the challenges of the 21st century with the rules of the past, which is reflected in a “clear asymmetry of Europe with respect to other regions”, and recommended a commitment to digital sovereignty: “Of the fifty largest global companies in the ICT sector by market capitalisation, only five are European, and they account for less than five percent of the total value. Europe’s regulatory and competition framework needs to be overhauled to ensure that everyone can contribute, and to build a Europe of values. EU regulation should encourage negotiation between operators and large traffic generators so that all players in the digital ecosystem contribute to the investment effort.

The 10th German-Spanish Forum, inaugurated by His Majesty King Felipe and the President of the Federal Republic of Germany, Frank-Walter Steinmeier, featured speeches by senior representatives of the private and social sectors of both countries on the theme ‘Building together a digital and sustainable future in Europe’. The conference concluded with speeches by the German Minister of Economic Affairs, Robert Habeck, and the Spanish Minister of Industry, Reyes Maroto.

It is co-organised by the Liz Mohn Center of the Bertelsmann Stiftung and Telefónica, with the support of Fundación ICO.