Barcelona becomes the permanent headquarters of the DTL Annual Conference, which will take place from 11 to 13 December. The DTL is a clear example of the various innovation projects that... 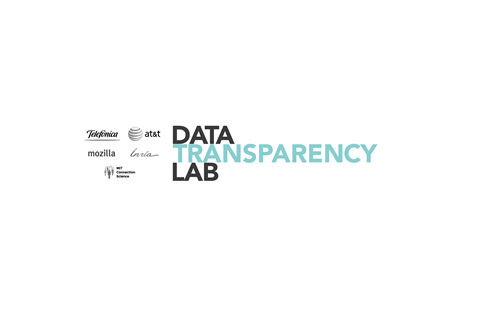 Barcelona, 22 November 2017.- The Data Transparency Lab (DTL), created and promoted by Telefónica to carry out research in the field of transparency in the use of data in the digital environment, has established itself as a reference in its sector after making an investment of over one million euros in new applications and programs since its creation in 2014.

In this time, the DTL has sponsored research groups of the most prestigious universities in the world, with which it has created a community that has allowed the development of programs and open source applications designed to improve data management both for individuals and for companies.

Thus, groups of researchers from Princeton University, Berkeley, Technische Universität Berlin, University of California, Eurecom and the Max Planck Institute have been awarded a grant for the development of programs and applications. Spanish researchers from the Pompeu Fabra University and the Carlos III University in Madrid, benefit also from the DTL grants.

Some of the projects that have emerged from the DTL are applications that show users the information that is being sent to third parties through mobile applications or plugins helping users to understand how much money the companies that develop them earn through sharing our data.

For this year, the DTL’s grant program has chosen six finalists from among a total of 45 coming from 18 countries. Each finalist will receive a €50,000 grant.

The Data Transparency Lab is a project that originated at the Telefónica R&D Centre in Barcelona three years ago with the aim of bringing together the best technologists, policy makers, industry representatives and researchers around the world to work on improving transparency and privacy of personal data.

Today, data is considered the most important asset for companies and knowing how to manage and process it properly is essential in order to be able to create business opportunities. The DTL creates and offers tools for users to obtain transparent information on the management of their data allowing businesses to take advantage of their information, within the legal confines.

Promoted by Telefónica as a technological innovation hub based on research at the highest level, the DTL also comprises other partners:  AT&T, Mozilla, MIT Connection Science and the Institute National de Recherche en Informatique et Automatique (INRIA), the main artificial intelligence research entity in France. DTL’s intention is to gradually increase the number of companies associated with this Consortium.

Since its creation its aim has been to connect the best talent in the world to put it to work in the technological challenges that true data transparency requires with the objective of generating a new economy and confidence.

The DTL is an example of the innovation projects that Telefónica has always developed in Catalonia, where more than 200 researchers of 20 different nationalities work on various projects.

The Data Transparency Lab annual conference, which has been held previously in centres such as the Massachusetts Institute of Technology (MIT) or the Columbia University in New York, returns this year to Barcelona, which from now on is the permanent headquarters of this event.

The next edition, which will take place from 11 to 13 December, will be held in the auditorium of the Telefónica Diagonal 00 Tower in Barcelona and will bring together some 200 participants, researchers, businesses and promoters of the transparent use of data. The Conference will present the sponsored projects for this year and the results and progress of the research projects which were set up a year ago.

Blog
#Diversity
We begin 2023 with our commitment to diversity and inclusion firmly in place
Press room
#ESG
Telefónica consolidates its position in the Bloomberg Gender Equality Index
Blog
#Public Policy
The Creative Industry, Artificial Intelligence and Copyright: An Open Debate