Telefónica presents its proposal for a Digital Deal, which aims to be the roadmap for the digitalisation of SMEs, the self-employed and public authorities 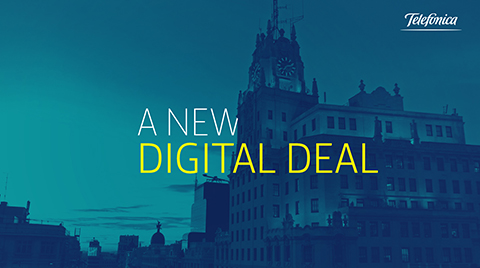 The Digital Deal aims to make Telefónica’s extensive experience and resources available to society to help rebuild a better and more inclusive world. These are times of commitment, of service. Telefónica will make the greatest effort to promote the complete digitalisation of Spain: it is committed to ensuring that by 2025 fibre optics will cover one hundred percent of the country, and to be a leader in the implementation of 5G technology. This is Telefónica’s service commitment to reactivating the economy and rebuilding life. Digitalisation is essential. With this Digital Deal, Telefónica shows that it is no longer enough to adapt to change, but that it must anticipate and lead this profound transformation.

Spain’s digital reinvention could have an annual impact of approximately 1.8% of GDP until 2025. Spain already has the best digital infrastructure. New generation, fibre and 5G networks are critical and a crucial element in moving towards digital and sustainable societies and economies.

The European agreement reached in the early hours of Tuesday 21 July assigns a critical role to the green and digital transition within the European economic and social recovery. Digitalisation is an engine of progress and sustainability. Now it is time to speed up to be key players in a world full of opportunities. “We know the importance of the challenge. It is time to move from theories to facts for reconstruction; from the macro to the micro, so aid can reach people as soon as possible. We must be ready to take Europe’s outstretched hand,” said Telefónica’s chairman, José María Álvarez-Pallete.

Under the slogan “A Digital Deal to better rebuild our societies and economies”, Telefónica proposes a Digital Deal based on five priorities: 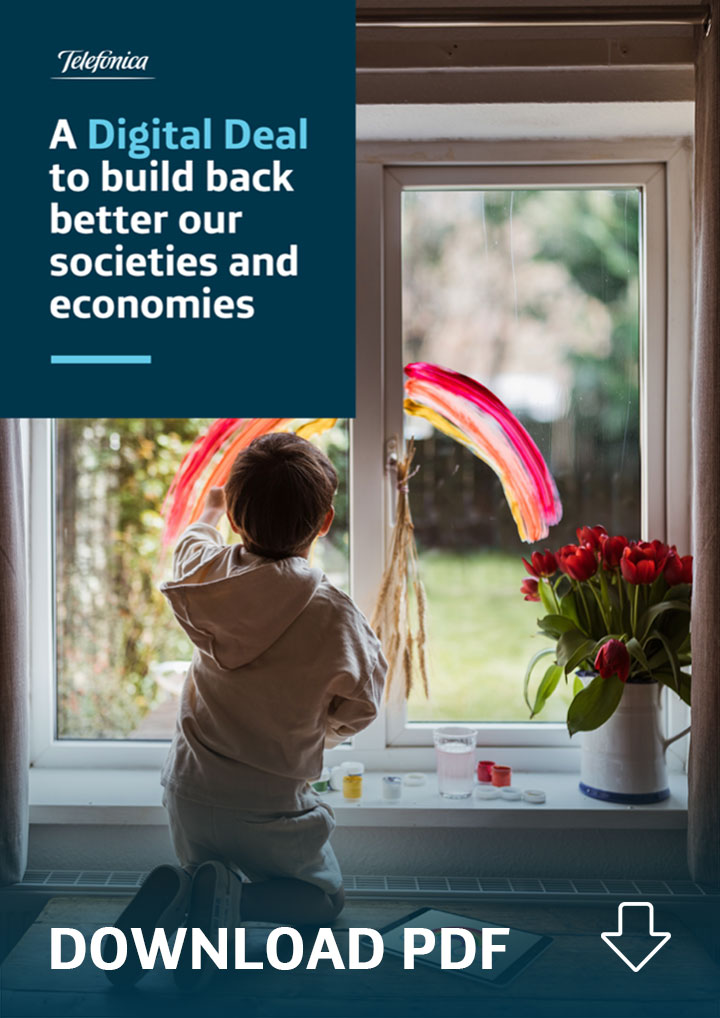 Telefónica is launching its Digital Deal as the next relevant step on the evolutionary path of the 2014 Digital Manifesto, aware that this Digital Revolution finds Spain not only ready, but also at the forefront, thanks to a world-class connectivity infrastructure. As José María Álvarez-Pallete emphasizes: “We said that the pandemic meant the need for a Digital Deal couldn’t be postponed. And here is Telefónica’s Digital Deal”.

These values are the DNA of the Telefónica Digital Deal. A framework in which, again, people are at the centre. With the conviction that this is the time for human values. Technology is a powerful ally in this development of society, but always on the principle that it is the improvement of people’s lives what gives meaning to technological development, and this must be the guiding principle of its use. It must be the people and societies who benefit from the changes that digitalisation is generating without leaving anyone behind. 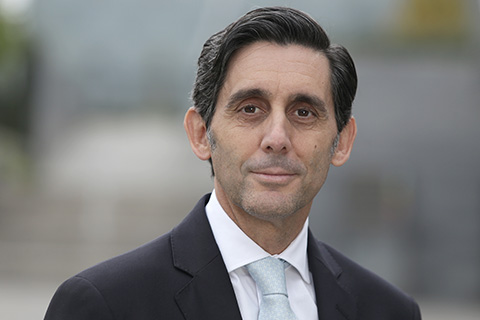 “Now, more than ever, we need a Digital Deal that reflects the contributions, aspirations and desires of society as a whole. We now have a unique opportunity to fully enter into the Fourth Industrial Revolution and achieve effective cooperation between governments, business and civil society. This is the path to a more sustainable, fair, inclusive and digital society,” said Álvarez-Pallete. And he continued: “This Pact must translate into a real reduction of inequality through an improvement in people’s digital skills. Telefónica calls for programmes to digitise workers and students at all levels of training, and for modernisation of social legislation in line with the digital transformation we are experiencing”.

Revenues and OIBDA for the second quarter reflect the impact of COVID-19 and exchange rate evolution. Thanks to efficiency improvements and CapEx optimization, which has been focused on growth opportunities, operating cash flow (OIBDA-CapEx) in the four key markets grew 2.6% in organic terms in the first half. At Group level, in the worst macroeconomic quarter in recent times, Telefónica’s OIBDA-CapEx remained virtually stable with a significant improvement in the operating margin of 1 p.p. At the end of June, net debt stood at 37,201M euros, down 7.5% year-on-year, and in a period of maximum uncertainty, in the first six months of the year we have financed 9,900M euros, or almost 20% of the 52,100M euros raised since 2016. In addition, Telefónica maintained a solid liquidity position at 30 June, amounting nearly 24,000M euros, and covering the maturities of the next two years.

The company also presented the progress made in executing its strategic priorities, taking key steps in its four main markets, optimizing Hispam’s assets, and making progress in the execution of plans at Telefónica Infra and Tech and its new operating model.

Telefónica closed the largest corporate transaction in its history last May, the integration of O2 and Virgin Media in the UK, in full confinement and giving rise to the convergent leader in the UK market. Just one month later, in June, Telefónica Infra was strengthened with the sale of 10,100 towers in Germany to Telxius. With this transaction, the telecommunications infrastructure company doubled its size, to nearly 33,000 sites globally. A few days ago, Telefónica, together with TIM Brasil and Claro, presented a binding offer in Brazil for the acquisition of Oi’s mobile business: a transaction that will allow the generation of value through growth, and the generation of operational efficiencies and improvements in the quality of service. Also this week, Telefónica reached an agreement for the divestment of the subsidiary in Costa Rica. This deal has a double value: it comes after Millicom breached its purchase agreement and confirms Telefónica’s enormous capacity for reaction and resilience in difficult times.

In operational terms, Telefónica has also maintained its leadership in fibre, thanks to the quality of its networks, with more than 130 million homes passed at the end of June. In just the last 12 months, fibre has been deployed in 6.3 million homes, demonstrating Telefónica’s extensive experience and ability to execute in the deployment of ultra-broadband networks. It has also accelerated its digital processes, with sales through digital channels growing by 17% compared to the first quarter of the year. In this regard, commercial activity improved significantly in June, with the opening of 100% of the stores in Europe. In addition, record levels of customer satisfaction were achieved, increasing the company’s relevance.

In short, Telefónica’s results reflect the resilience of the business and the relevance of its services for individuals, companies and public administrations. During the quarter, the company has consolidated its favourable position to capitalise on new technological trends, which have accelerated in recent months and which are marked by the digitalisation of all areas of life. All this with the commitment to promote sustainable and inclusive growth and support the economic and social reconstruction of the countries where we operate.