Innovation implemented for rescue teams, retail and small companies The demo shown at the Telefónica MWC2017 stand is LTE Nano for Rescue Teams, where it can be seen an... 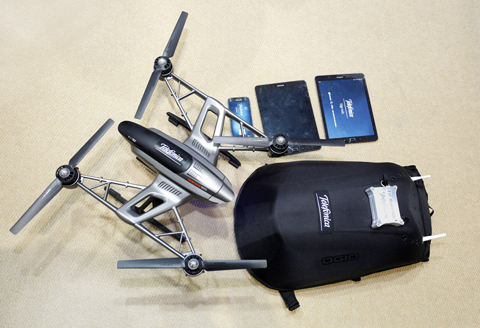 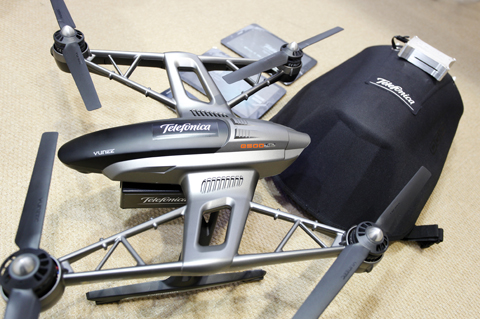 Madrid, Tuesday, March the 1st, 2017.- Telefónica presents today, at the Mobile World Congress in Barcelona, an innovation initiative called LTE Nano that provides all the functionality of an autonomous LTE network in an extremely small scale.

This innovation, an evolution of the former project “LTE in a Box” presented at the MWC2015 that brought all the benefits of private critical LTE communications to the corporate world, will allow to bring the same advantages to new scenarios where small scale, low consumption and portability are paramount.  LTE Nano runs on a 40 grams SBC (Single Board Computer), on a Quad Core Cortex™-A53 processor and 2GB of RAM.

For the LTE Nano Project, Telefónica has integrated several components, one of the most essential being the EdgeCentrix virtual Enhanced Packet Core (vEPC) solution from Quortus, one of the most efficient and scalable software implementations of a mobile network functionality, able to run the essential elements of both 4G and 3G networks, including voice and data communications, with minimum HW requirements.

Among the sample scenarios where LTE Nano could be useful, we can mention the following:

All these scenarios include the well-known Quality of Service provided by LTE networks in licensed spectrum which guarantee the absence of interferences and the security of communications, typical characteristics of regulated environments.

The scenario chosen to be showcased at the Telefónica MWC2017 stand will be LTE Nano for Rescue Teams, where an autonomous LTE network in a backpack will be shown, providing portable LTE communications to the members of the rescue team and its search tools.

The Video Streaming functionality is hosted on the same LTE Nano hardware, thanks to an ultra-optimized video solution implemented by Accenture Digital and its critical video specialist team, that has been working in making the streaming solution to run in the remaining capacity available at the LTE Nano SCB.

According to Javier Gutiérrez, director of Network Strategy and Development at Telefónica  España, “This innovation initiative is in line with our current efforts in bring the benefits of the latest generation of  LTE communications to all our customers, enabling services that were not possible before and helping said customers in finding new revenues for their businesses. In this scenario, the combination of the highly efficient virtualized solution from Quortus and the benefits of a licensed LTE spectrum, is helping us in pushing the limits of what we thought possible and bring the reliability, quality, and security of LTE communications to completely new markets. Quortus has proven to be an excellent innovation partner in pursuing these objectives”.

Andy Odgers, Quortus Founder and CEO, commented: “The emergence of initiatives such as Multefire and CBRS illustrate the rising interest in the use of cellular technology in a private context. The rising demand for reliable, secure connectivity exists across a range of enterprises, rural and remote settings and in the public safety arena. LTE Nano takes this to its logical conclusion, providing a completely discrete network which can be rapidly deployed anywhere. Telefónica, thanks to its innovative approach and strong customer orientation, is one of the most advanced operators in developing this kind of scenarios. We are proud to have been selected by Telefónica as a key component of LTE Nano.”

The company has a significant presence in 21 countries and a customer base of over 349 million accesses around the world. Telefónica has a strong presence in Spain, Europe and Latin America, where the company focuses an important part of its growth strategy.

Telefónica is a 100% listed company, with more than 1.5 million direct shareholders. Its share capital currently comprises 5,037,804,990 ordinary shares traded on the Spanish Stock Market and on those in London, New York, Lima, and Buenos Aires.

Quortus enables flexible, agile mobile communications networks that provide a foundation for innovative services tailored to a diverse range of end customers. Its award winning EdgeCentrix (ECX) virtualized mobile core solutions help increase operator margin and ‘stickiness’. They interwork gracefully with existing mobile networks, with small cell and HetNet architectures and with standard IT infrastructure, to create truly integrated communications platforms. Quortus’ ECX products are highly scalable and can be hosted anywhere – in the cloud, at the network edge, or deeply embedded alongside a cellular radio in a single-chip implementation.