- Both companies are working on integrating Thinking Things, Telefónica I+D's initiative to further development of the Internet of Things, harnessing the capabilities of Samsungs devices. - Two prototypes are currently in development, utilizing the integration of Samsungs devices and their interactions with Telefónicas Thinking Things platform. 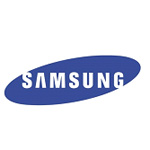 – Both companies are working on integrating Thinking Things, Telefónica I+D’s initiative to further development of the Internet of Things, harnessing the capabilities of Samsung’s devices.
– Two prototypes are currently in development, utilizing the integration of Samsung’s devices and their interactions with Telefónica’s Thinking Things platform.

Madrid, 2th June 2015 –The Spanish R&D division of Samsung Electronics Iberia and Telefónica I+D have formed a collaborative partnership to further research into new technologies and the development of use cases for the Internet of Things (IoT). Both companies seek to benefit from the integration of the Telefónica Thinking Things ecosystem with the advanced capabilities of Samsung’s devices, as well as enabling new forms of interaction within the IoT field.

As a result of this collaboration, Samsung and Telefónica I+D are already working on the development of two prototypes. The first one integrates Telefonica’s Thinking Things Modular solution with the capabilities of Samsung’s devices and sensor technology in order to identify new products and services. This prototype will allow the development of autonomous solutions taking advantage of the integration of Telefónica Thinking Things and Samsung’s devices.

The second prototype involves the development of a physical button that will be used to simplify the application of IoT capabilities to different environments. Both companies are working on new ways to bolster sensor-enabled interaction for the IoT field as home appliances and home automation, such as presence control and temperature and humidity regulation, which will be customizable and incorporated into Samsung’s devices.

“This initiative with Telefónica allows us to explore the countless possibilities offered by Samsung’s industry leading technology in order to create innovative solutions and make them available for our consumers”,  said Alfredo Aragüés, Samsung Spain’s R&D division lead. “At Samsung, we believe that the true value of IoT technology is making the user experience easier and more intuitive. This is why we regard Telefónica’s Thinking Things platform as an excellent environment for the development of revolutionary initiatives in the IoT field that will be able to bring these opportunities to life in the present day.”

“Telefónica’s Product innovation area is looking beyond the current commercial offer of Telefonica. We want to extend our connectivity to all kinds of new devices, making the development of applications using these devices really simple,” said Francisco Jariego, Telefónica I+D’s IoT Industrial Director. “Working together with Samsung is essential to speed up  the go to market of our innovation efforts in IoT, a technology which is here to stay.”

The Industrial Internet will make the most of the increasing computing and connectivity capabilities, as well as the low-cost sensors provided by current and future technology, in order to converge with the traditional industrial systems. This convergence will allow a relaunch of the global economy and is expected to generate an additional 15 billion dollars within 15 years.