Telefónica has acquired another DAX company as new key account: The specialty chemicals company LANXESS will connect its locations in 29 countries using a so-called managed Wide Area Network (WAN). Its employees on five continents will use Telefónicas worldwide IP for secure data exchange. The real-time information of the companys central SAP software for management control, as well as access to the internal CRM system and the intranet, will also be provided worldwide via the high-performance Telefónica network. 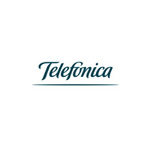 LANXESS is one of the world’s largest producers of synthetic rubber for the automobile and tire industry. The company’s branches will now be connected by Telefónica, since LANXESS chose a MPLS solution from the telco’s Global Solutions business unit: Global Managed WAN connects locations of multinational companies worldwide via a virtual private network (VPN), providing cost-efficient high-performance connections.

At night and day: Reliable WAN service for LANXESS

“Our IT systems are connected worldwide and have to run 24/7,” explains Dr Hermann Schuster, Head of Information Technology at LANXESS. “We can rely on Telefónica for optimum networking. Telefónica Global Solutions gave us excellent advice, attended to our wishes in great detail and convinced us with their service offer.”

LANXESS’ most important locations will be connected redundantly: Two separate lines connect the branch office with two different access points to the Telefónica network. This way, should the data transmission on one of the lines fail, an entirely distinct infrastructure can act as a back-up.

The global WAN is monitored and optimized every minute to ensure that data can flow at high speed at all times. The Telefónica Service Management Centers surveil the data traffic night and day and intervene immediately, should any impairment occur. The same is true for the customer service, which is available 24 hours a day.

“With over 316 million customers and a significant presence in 21 countries, Telefónica is one of the largest telecommunication providers in the world,” says Timo von Lepel, Director B2B at Telefónica in Germany. “This furnishes us with the size and the global knowledge to equip companies around the globe with convergent solutions for calls and data in fixed-line and mobile networks. Winning LANXESS as our customer is further evidence of our strength as a Leading Digital Telco.”

For Global Managed WAN (mWAN), Telefónica draws on the benefits of its state-of-the-art IP network, which is one of the largest in the world: 45.000 kilometers of cable connect 45 countries, while the matching satellite technology reaches any position on earth. In the most important countries in the EU and Latin America, a Telefónica-owned infrastructure is used; in 174 other countries the company’s partners provide further access to the high-speed network. This broad positioning is crucial to ensure the reach to the point of presence, where the data is transferred from the customers’ networks to Telefónica, remains short at all times. This prevents delays in data transmission, which can, for instance, cause an echo during phone calls.

Global mWAN is highly scalable, as it can provide guaranteed bandwidths for any kind of traffic (data, calls, video, …), integrating all imaginable access technologies (all-to-all-connectivity). This way, smaller offices can be connected, for instance, using a reasonably-priced xDSL, while large headquarters use gigabit access via Ethernet.

LANXESS is a leading specialty chemicals company with presently around 16,700 employees in 29 countries. In 2013 it generated a turnover of 8.3 billion Euros. The company is currently represented in 52 production sites world-wide. The main business areas of LANXESS are development, production and sales of synthetics, rubbers, intermediates and specialty chemicals. LANXESS is a member of the leading sustainability indices, Dow Jones Sustainability Index (DJSI World and DJSI Europe) and FTSE4Good.

Telefónica Deutschland Holding AG, listed at the Frankfurt Stock Exchange in the Prime Standard, and its wholly-owned, operationally active subsidiaries Telefónica Germany GmbH & Co. OHG and E-Plus Mobilfunk GmbH & Co. KG is part of the Spanish telecommunication group Telefónica S.A. headquartered in Madrid. The company offers its German private and business customers post-paid and prepaid mobile telecom products as well as innovative mobile data services based on the GPRS, UMTS and LTE technologies with its product brands O2 and BASE as well as several second and partner brands. In addition, the integrated communications provider also offers DSL fixed network telephony and high-speed Internet. With a significant presence in 24 countries and a customer base of more than 313 million accesses, Telefónica is one of the largest telecommunications companies around the world.