These are the trends in eSports in 2022

eSports are no longer a fad, but have become an established part of the video game industry. And 2022 will be the year in which its expansion process continues to advance and speed up. In Spain alone, a record number of gamers was reached in 2021, with more than 18 million video game players, according to data from the Spanish Video Games Association. 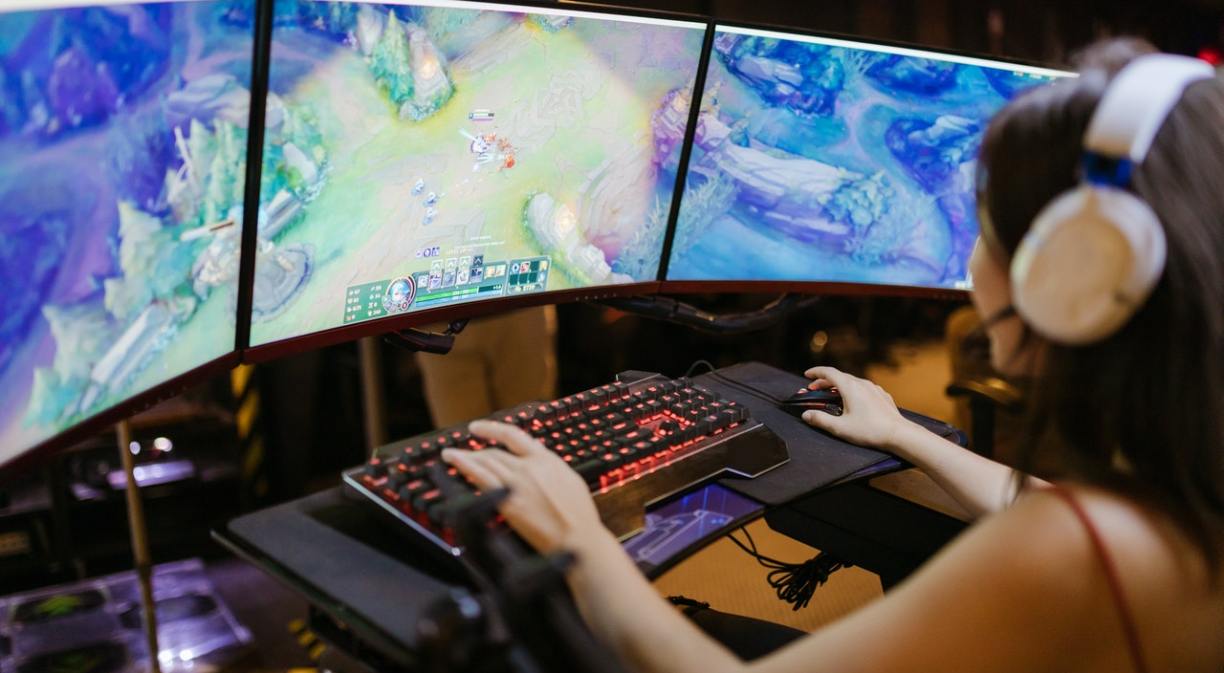 It is because of this that they will generate a business of more than one billion euros in 2022, according to a study by the economy magazine Capital. Precisely because of this, the industry is undergoing a rapid renewal stage that will soon become apparent. And the union between new technologies and powerful connectivity has a lot to do with this growth process, as they are the necessary tools that will set the trends and determine how to improve the user experience.

5G connectivity is reaching more and more cities. Telefónica’s mobile network now covers more than 80% of the Spanish territory and more and more towns and cities have the latest generation network within their reach. This will strongly promote the growth of gamers and enable games to become more technically demanding. Just what the sector needs, now more than ever.

In this regard, major video game developers are striving to create more realistic textures. This will obviously lead to a stronger reliance on connectivity. In an increasingly competitive environment, players do not tolerate errors that were once common, such as lagging or network failures.

During the last edition of the Mobile World Congress held in 2022, Telefónica showcased the full potential of 5G in video game competitions and highlighted the fact that the main features of this mobile network—such as extremely low latency, higher bandwidth and a network speed far superior to the current one—are the key points that will distinguish the eSports sector in the coming years.

Getting to know the user better with Big Data

Exploring the tastes of gamers is a constant challenge and necessity for the industry. However, there is still a missing link that Big Data will help define: the viewers. According to the Newzoo consultancy, their number is expected to increase to 580 million people by 2022. This, of course, shall give rise to a revolution that they are preparing to face.

Corporations are becoming more familiar with algorithms in order to better study their consumers. In this way, massive data analysis is expected to translate into a more heterogeneous and personalised user experience. In addition, the incorporation of influencers into the gaming world and the streaming platforms such as Twitch are speeding up the changes.

For some years now, developers have been looking to “pull” the user away from the screen. The purpose is to link their game with the real mode to provide them with an immersive 360° experience. One of the first to achieve this was Pokémon GO, a pre-gaming generation phenomenon.

In fact, the Internet of Things is set to expand further this year. Sales of gaming suits, activity tracking wristbands or similar accessories, such as Virtual Reality goggles, are expected to increase. In that way, the player will be able to enjoy surround sound with action effects and a vision never before seen in the world of eSports.

Cloud Computing for a secure environment

The world of eSports is facing two constant threats: cyberattacks and cheating. Fortunately, cloud computing seems to be the perfect solution to both. The key is to store the data of the different games in the cloud so that they do not depend solely on the player, something that also allows for the introduction of good parental control practices.

However, this trend is not as new as it seems. One of the trailblazers was Nintendo, with its block storage, but then again, this was in the pre-gaming era. Nowadays, the difference is the maintenance on centralised servers, huge in size, and the never-before-seen capabilities.

In this respect, cloud computing also offers players the possibility to securely access a wide range of games and services.

The biggest challenges brought on by artificial intelligence

In recent years, game developers have been looking at the potential of artificial intelligence in connection with eSports, and all the support it could provide other technologies in delivering truly immersive experiences.

In addition, AI is seen as the road towards improving the great spectacle that takes place around major tournaments, not only for the participants, but also for the public that attends them. At these events for eSports or other types of fighting or battle royale games, there is usually a caster, or commentator, who highlights the most exciting moments of the competition. And like a sporting event (in the physical world) they can comment on the best plays in real time.

On the other hand, just as great athletes can improve their performance or know the opposing team’s best moves, by introducing AI and Machine Learning programmes into their training, these technologies help gamers train individually in the best eSports arenas and improve their skills in the digital world.

This is the most extreme and unprecedented trend. The metaverse allows players to immerse themselves in a realistic (not real), action-packed environment, and will be a major area of opportunity for both the gaming industry and brands in general. As a side note: this technology is so promising that the development of conventional consoles is beginning to slow down.

In our country, one of the most advanced of these projects is UCAM eSports. The Universidad Católica de Murcia has created a video game environment that can be accessed through VR glasses. It is so detailed that it even has its own arena to interact with other players during breaks.

The world of eSports is bound for a major change this year. Developers, tech companies, gamers and spectators are gearing up for what is to come. These already good figures are expected to break new records thanks to the constant and unstoppable commitment to innovation.

Blog
#Artificial Intelligence
AI-Enabled Corporate Training: Adapting to Constant Change
Blog
#IoT
What is the Internet of Things (IoT)?
News
#Connections
Telefónica as a Benchmark in the World of Telecommunications