Investors show increasing concern for companies’ commitment to climate change, due to the risks and the opportunities involved. Since 2010, potential investors who “consult” the  CDP...

Investors show increasing concern for companies’ commitment to climate change, due to the risks and the opportunities involved. Since 2010, potential investors who “consult” the CDP for guidance before investing have increased from 534 to 822, with assets valuing 95 billion dollars. 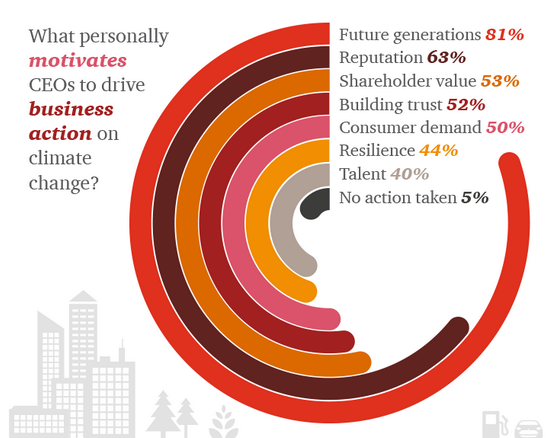 In addition, several institutional investors have joined the “Aiming for A” coalition, whose aim is to urge the companies with the highest emissions to implement good, strategic carbon management, so that they can get on or stay on the CDP’s “A List”, which gives recognition to companies taking the lead in this issue. In 2015, the coalition, which had made a call for greater transparency in climate-related issues, managed to get shareholders resolutions approved at BP, Shell and Statoil’s annual shareholders’ meetings, with nearly 100% of the votes in each case.

The “pressure” does not only affect energy companies, but also affects us all one way or another. Neither is it limited to climate change. In 2014, 21.4 billion dollars were invested in funds with ESG (environmental, social and governance) criteria, which is a 61% increase with respect to investment two years ago, according to the Global Sustainable Investment Alliance.

“It is no longer a minority issue. Our greatest investors take sustainability into account when making decisions”, they point out, adding that, in a multinational like Telefónica, the investors who employ these criteria now represent a significant percentage of their capital.

How are Companies Reacting? What do their CEOs Think? 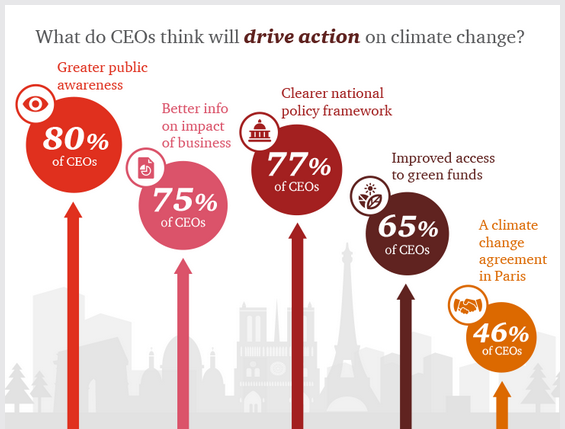 Companies are beginning to respond to the global problem of climate change. Their main short-term concerns in this regard are the increase in energy prices and regulation, according to PwC’s CEO Pulse, in which they received comments from 142 executives midway through this year. A little more than half state that giving shareholders greater value is a motivating factor, according to Maria Luz Castilla, partner of sustainability and climate change at PwC.

Moreover, 75% of CEOs state that they are developing more sustainable products and services in response to the risks of climate change.

Where Spanish Companies Need to Improve
Spanish firms are setting the benchmark in CDP. 22% of them have maximum points in performance, grade A, and 12 companies are in the top bracket due to their efforts to reduce CO2 emissions. They also stand out for their use of renewable energy.

Nevertheless, Víctor Viñuales, Executive Director at ECODES, believes they should improve their long-term strategic vision, which means they should focus on broader temporary objectives which are science-based.

Furthermore, he encourages major companies who are taking the lead in this issue to use their influence to motivate the entire Spanish economy: suppliers, customers and employees.