EU-MERCOSUR Association Agreement: a great achievement and a great challenge ahead

The European Union and MERCOSUR have announced the signing of an Association Agreement consolidating the strategy of political-economic collaboration between the two blocs. 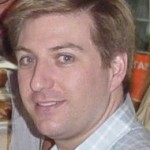 This agreement, involving 780 million people, is the most far reaching of all the existing agreements.

The European Union and MERCOSUR (the Southern Common Market) have announced the signing of an Association Agreement consolidating the strategy of political-economic collaboration between the two blocs. The Association Agreement consists of a political and a cooperation pillar, which the negotiators closed in June 2018 in Montevideo, and a trade pillar, which was announced on Friday 28 June, during the G20 Summit in Osaka.

The agreement covers matters which are relevant for the Telefónica Group, including commitments on industry regulation, public purchases, protection of intellectual property rights, sustainable development and labour rights.

With regards to intellectual property, this new agreement includes rules on copyrighting, trademarks and industrial designs. However, the negotiating mandate excludes the audiovisual sector, as the details of this chapter are pending analysis; but it is assumed that there will be no impact on the content owned by the TEF Group.

As far as public procurement is concerned, the agreement opens up markets for European companies to participate in tenders at all levels of the Administration, without discriminating against local suppliers. All specifications and details must be published online and in a centralised way.

With regards to sustainable development and employment, both the EU and MERCOSUR are committed to complying with the International Labour Organisation standards on workers’ rights and it also sets out measures to promote principles of responsible conduct for companies. Finally, it establishes an active role for civil society (including companies) in the implementation of the agreement, including environmental issues. The parties undertake to implement the commitments made in the Paris Agreement regarding fight against the climate change and reduction of emissions.

In terms of global governance, this agreement is interpreted as a clear message from both blocs: open trade relations, with dialogue and international cooperation being the route to development and prosperity. Additionally, the agreement will also strengthen MERCOSUR’s integration process.

Despite this good news, the trade pillar of this agreement is very limited in comparison with other agreements reached in recent years, e.g. Canada and Japan. The mandate that the Council drafted almost 20 years ago is obsolete and this means that the level of ambition in the services chapter does not match the reality of today’s markets.

“Both MERCOSUR and the EU have made a great effort to sign for an opening for trade in goods, reducing tariffs mainly on agricultural and industrial products; so, without doubt, the agreement announced today is a real achievement. However, the importance of the services industry today is much greater than it was 20 years ago, and this is not properly reflected in the agreement”.

We invite the parliaments of the countries that make up both blocs and the EU to ratify this agreement quickly and they should get to work on modernising the part dedicated to the services sector in a timely manner, updating it so that it truly responds to the current challenges: guaranteeing the protection of privacy in the cross-border flow of data, improving the protection of the e-commerce consumer, guaranteeing that Internet platforms make their tax contributions in the states in which they offer their services and ensuring that services are subject to the same obligations, regardless of the technology that enables them to be provided.

From now on, there will be a legal revision of texts and translations into the languages of the member states. The European Commission will then present the agreement for approval by the Council and ratification by the European Parliament as well as national Parliaments. It is not expected to be submitted to vote before summer of 2020.

The European Commission has published more details on the agreement between the EU and MERCOSUR in this press release.