AECA gives Telefónica an award for its transparency

Ana Isabel Fernández Álvarez, member of the Board of the CNMV and professor at the University of Oviedo, and Leandro Cañibano, president of AECA, delivered the award to Eduardo Puig de la... 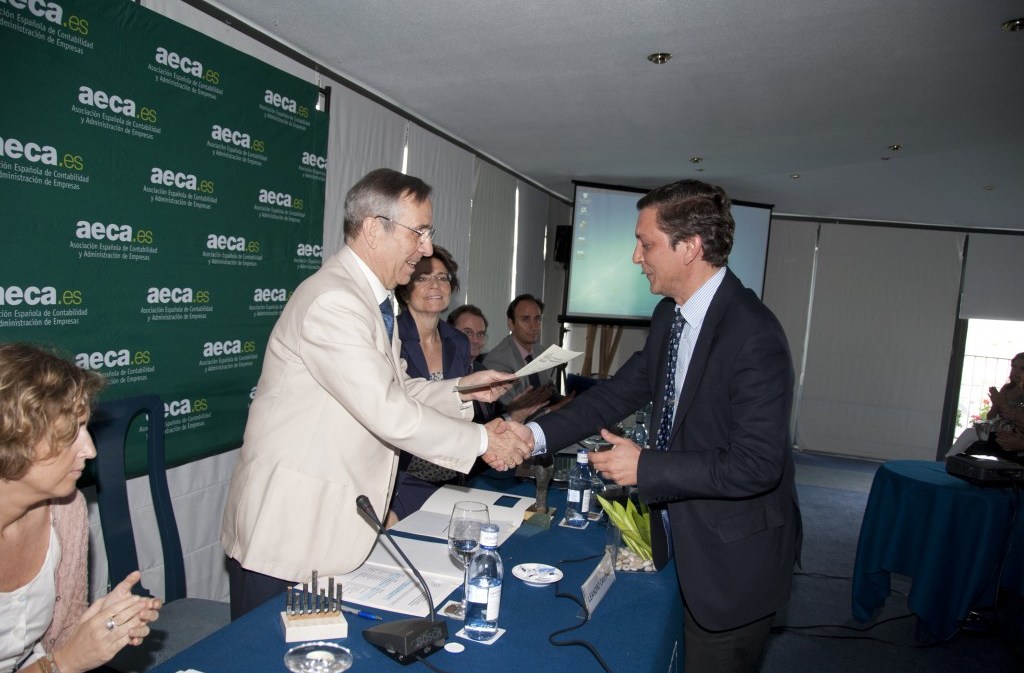 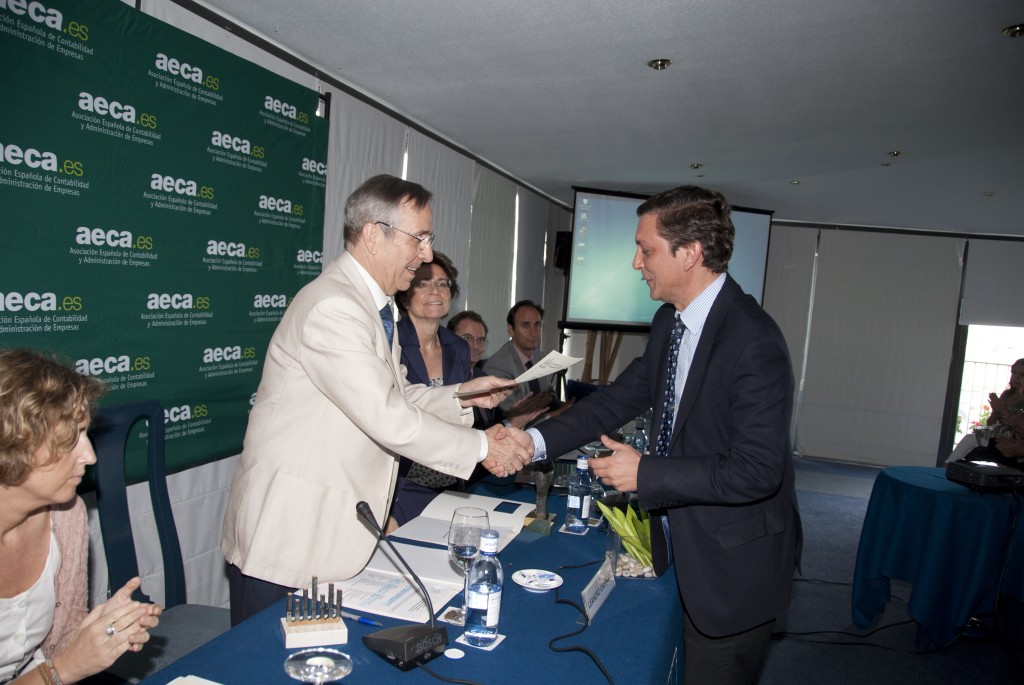 Ana Isabel Fernández Álvarez, member of the Board of the CNMV and professor at the University of Oviedo, and Leandro Cañibano, president of AECA, delivered the award to Eduardo Puig de la Bellacasa, director of Institutional Relations at Telefónica.

Telefónica received the award at the 11th edition of the “AECA Award for Corporate Transparency”, which is organised by the Spanish Association of Accounting and Administration (AECA), in the section for companies listed on the IBEX-35. It is in recognition of the quality and transparency of the information distributed through its corporate website (1.0 and 2.0), in the area of financial reporting and corporate governance.

Eduardo Puig de la Bellacasa, Director of Institutional Relations, received the award on behalf of Telefónica; with this, its third award, it has demonstrated the high level of excellence attained by the company on corporate transparency.

The jury, chaired by Leandro Cañibano, president of AECA, also decided to award two honourable mentions to Indra and Iberdrola. There was also recognition, with a citation for its improvement over the last edition, for Endesa. The section for other companies was declared void.

The award is sponsored by Accenture, with collaboration from Axesor and the institutional support of the National Securities Market Commission (CNMV), the Bank of 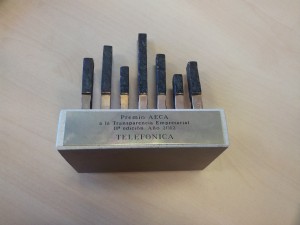 Spain and Registrars of Spain. The jury is made up of prestigious public and private entities responsible for regulation, markets and corporate registers, such as those already mentioned – Registrars of Spain, the CNMV and the Bank of Spain – as well as the Institute of Accounting and Auditing (ICAC), the Commission on New Technologies and Accountability of AECA and International Financial Analysts.

The presentation took place during the annual ceremony organised by AECA. It was attended by nearly a hundred invited directors from distinguished companies, analysts and members of AECA, in addition to participants in the various awards and scholarships offered by the Association.