The EU's app sector could employ 4.8 million people and contribute €63 billion to the EU economy by 2018, according to a report presented in Brussels today. The study, carried out by ... 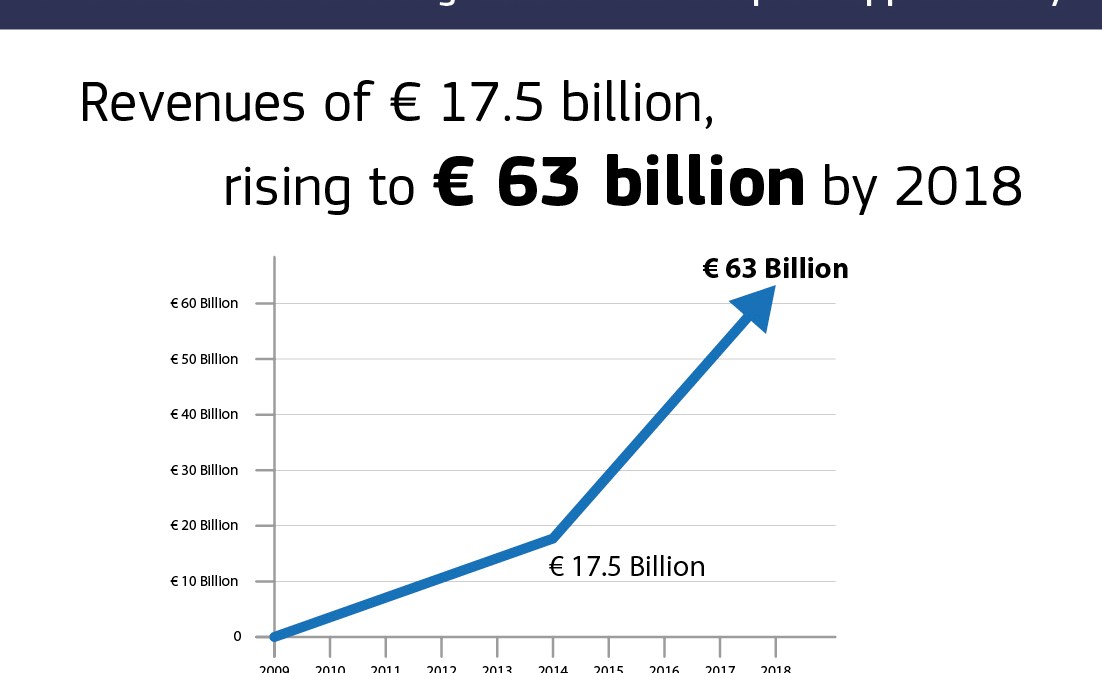 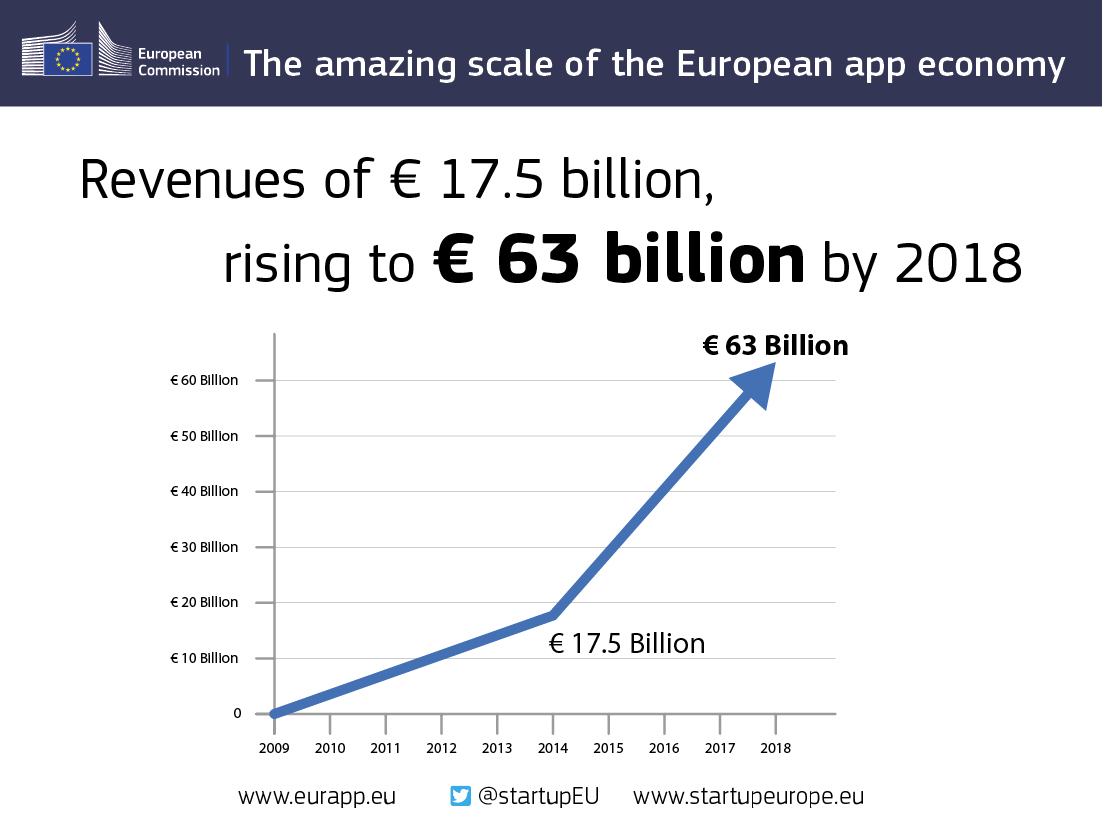 The EU’s app sector could employ 4.8 million people and contribute €63 billion to the EU economy by 2018, according to a report presented in Brussels today. The study, carried out by GIGAOM for the European Commission, shows that Europe’s app developers are up to the challenge of taking the global lead. Currently, EU and North American developers generate the same levels (42% each) of app revenues in crucial EU and US markets. Although the future is bright, developers have raised concerns about the skills gap, connectivity and fragmentation which could put the app boom at risk.

Today the app economy employs 1 million developers, and 800,000 people in marketing & support posts. This could rise to 2.7 million developers + 2.1 million support staff by 2018. EU buyers and advertisers spent €6.1 billion on apps in 2013, 30% of total global app spending, growing to €18.7 billion in 2018. Consumer spending combined with advertising and contract work could lead to €63 billion annual revenue for the app sector within five years.

Neelie Kroes, Vice-President of the European Commission, said: “In the face of increasing youth unemployment, these figures give me new hope. The app sector is one area of the digital economy where Europe can really lead. But we have to address concerns about connectivity and fragmentation – yet another reason to complete the telecom single market!”

The study shows that: 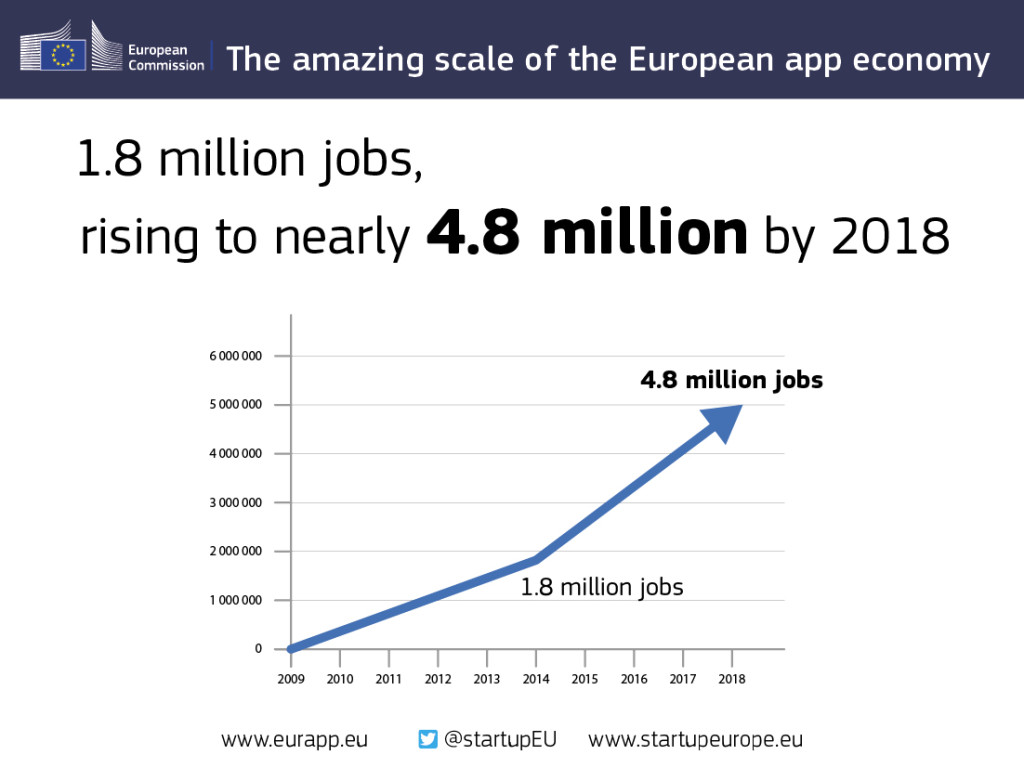 The Commission is tackling Europe’s digital skills crisis in a number of ways. Firstly, by partnering with industry and other organisations in the  Grand Coalition for Digital Jobs. In parallel, by working with schools to bring digital skills right into the connected classroom. Finally, by supporting grassroots initiatives such as EU Code week, organised by Neelie Kroes’ young advisors. The first ever EU Code Week reached 10,000 people in 26 countries in November 2013. This year’s Code week will take place on 11-17 October 2014.